Britney Spears it is a box of surprises. Singer, dancer, songwriter, businesswoman, designer, model… And now a painter! The interpreter …Baby One More Time has left the world speechless with a new and unknown artistic side. Far from being only a hobby more, the art gallery Sympa, located in the French town of Figeac, has announced the opening of an exhibition of the american, in which are displayed some of his works. 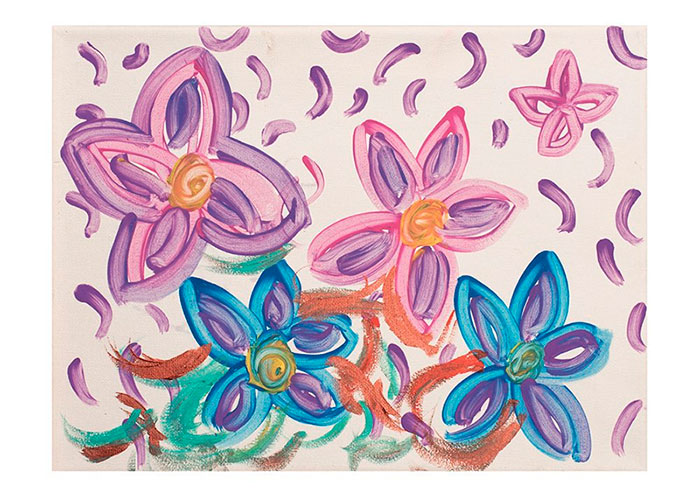 “We are delighted to announce that we will inaugurate the first solo show of Britney Spears in a contemporary art gallery on Saturday 18 January 2020, from 6 to 9 pm”. This is the message that the cultural center has announced that it will host the exhibition entitled as Sometimes you just have to play. In the publication, one of the works of the protagonist of Crossroads, a box floral that was sold at a charity auction on behalf of the victims of the country music festival Route 91 Harvest, in 2017, for around 9,000 euros. The buyer of the work was the actor, producer and writer Robin Leach.

The idyll of Britney Spears with the paint dates back to October of 2017, when the singer shared a video in which he appeared to be performing the popular creation floral that accompanied with the phrase that gives the official name to what will be their first exhibition as a professional contemporary art, Sometimes you just gotta play!! (¡¡Sometimes you just have to play!!). In the images, Britney appears relaxed in front of an easel finalizing the details of that, to date, is his most popular work. The smile and the gesture is a concentrate of the star are the best tests to demonstrate that the ‘Princess of Pop’ is given entirely to this new passion that, surely, will continue giving much to talk about.

A new chapter for the ‘crazy’ life of Spears, which seems to be in a moment of relative calm. The interpreter Circusthat maintains an engagement with the iranian Sam Asghari, is willing to get away from the toxicity and demonstrated this in one of his last publications in which he sent a blunt message to his haters: “If you don’t like a publication… ¡¡¡keep it to yourself and stop follow that person!!! There is No reason to strive to make bad comments and abuse of the people.”