On the other hand, benchmarking test results also leak continuously and provide first impressions of the performance these processors will offer against their main competitor, AMD Ryzen. This Wednesday (25), the supposed Intel Core i7-12700 appeared on Geekbench, reinforcing some previous predictions. 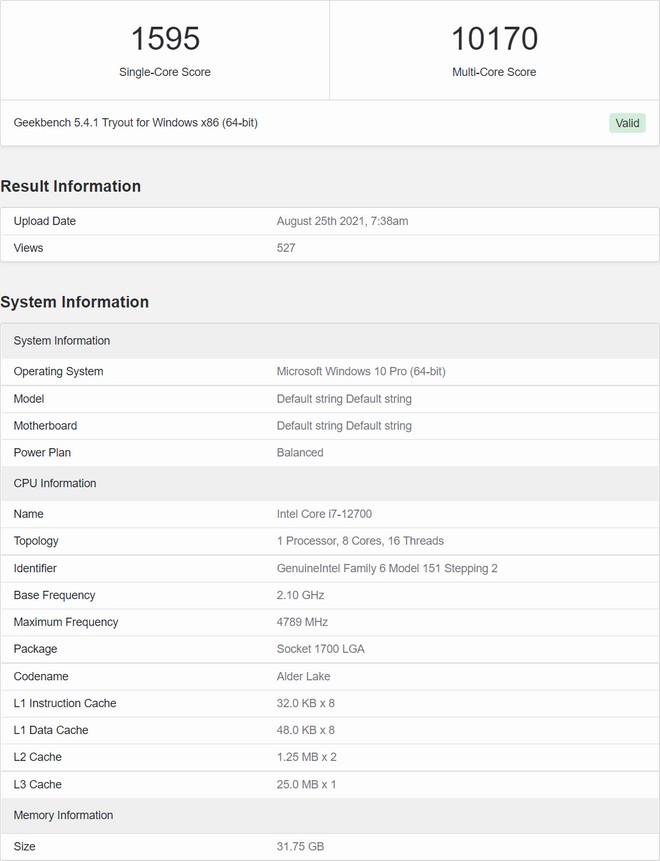 With the “Intel 7” lithograph, the Core i7-12700 will be one of the most advanced desktop models. O BenchLeaks found its listing in Geekbench 5, where some specs are skewed due to the absence of drivers and a patch that understands the hybrid architecture of the Alder Lake family.

This platform will feature 6 high-performance cores (Golden Cove) and 8 low-power cores (Gracemont) for a total of 14 cores and 20 threads, plus 25 MB L3 cache capacity — 18 MB for Golden Cove and 6 MB for Gracemont.

The processor reached the base clock speed of 2.1 GHz and reached 4.8 GHz in boost mode in the tests. It should be noted that this is not a variant of the “K” series, represented by unlocked chips for overclocking, so its frequencies are naturally inferior to the high-end models at the 65W TDP. 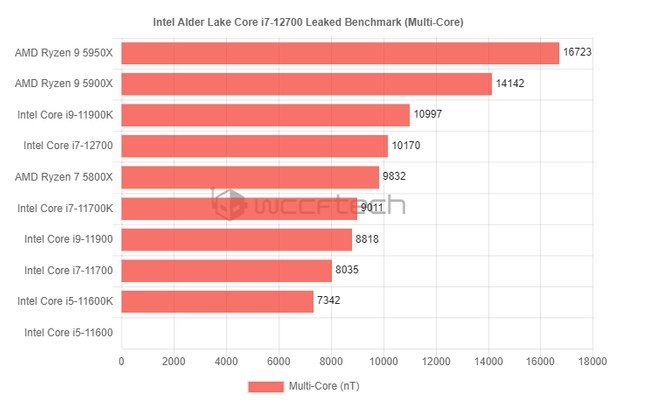 Also, not all cores were shown in Geekbench 5. Apparently the platform only recognizes the big cores and doesn’t even use the energy efficient cores. Anyway, the model got 1,595 points in single-core testing and 10,170 in multi-core.

Although it probably consists of an ES (“Engineering Sample”; or “engineering sample”), the processor outperformed AMD Ryzen 7 5800X multi-core performance at 3% and the predecessor Core i7-11700K at 13%, coming incredibly close to the top of the line Core i9-11900K.

Parallel to the benchmark, an Intel Alder Lake “QWV0” SKU appeared in real images still in its prototype stage. The engravings say that the chip has a basic clock of 1.60 GHz. WCC Tech says the material was published in the middle of an article regarding the efficiency and performance of Intel’s new hybrid architecture. 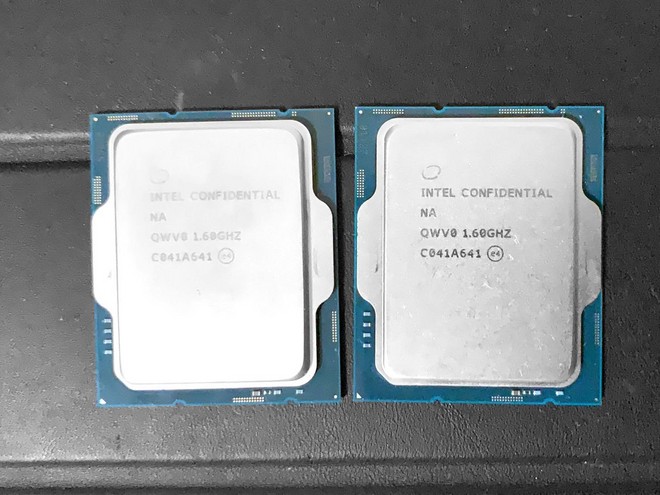 The CPU-Z, a hardware testing and analysis platform, will now have support for the new generation of Intel processors. With this update, more accurate performance information and efficiency core count will be revealed shortly.

What are your expectations for 12th gen CPUs? Comment!