Samsung has already become the second-largest semiconductor maker in the world by overtaking Intel, and today a survey indicated that the South Korean became the third-largest smart watch maker on the planet in the second quarter of 2021, recording growth of 43% compared to the same period in 2020.

In a little more detail, Samsung currently has 7.6% of the smartwatch market between April and June 2021, up from 6.8% the previous year, according to data from Counterpoint Research.

The justification for this change is the sales success of Galaxy Watch 3 and Watch Active 2, as Samsung managed to sell more smart watches than all BBK International brands in China in 2020, which include brands such as Oppo, vivo, OnePlus , really and iQOO. 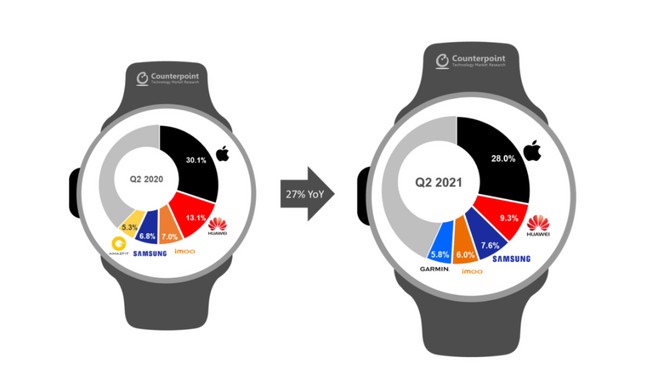 Apple continues to lead the segment with 28% of the market, while it is followed by Huawei with 9.3%. Despite this, both continue to fall as Samsung gains territory.

Another effect that contributes to the South Korean’s growth is the high demand for wearables, which increased 27% in the last year. Although the most modern watches still stand out, the demand for devices with prices below US$ 100 grew 527% in the same period, which favors devices such as Mi Band 6, from Xiaomi and Galaxy Fit, from Samsung. 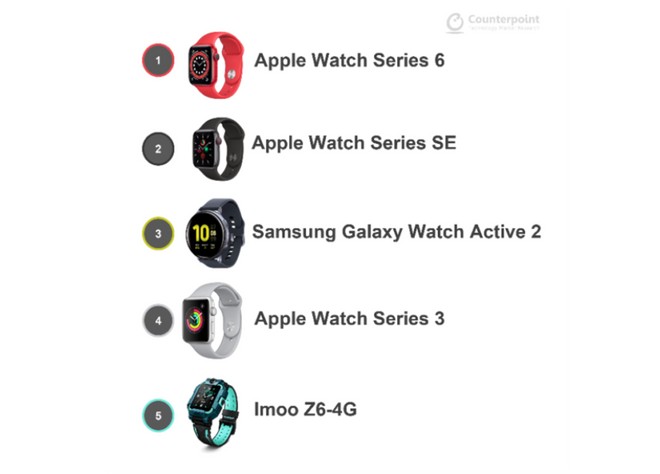 As you can see above, the top 5 best selling smart watches in the world is made up of 3 models from Apple and 1 from Samsung. But we expect to see big changes in this market with the launch of the Galaxy Watch 4, Samsung’s first smart watch with Google’s Wear OS, which brings it even closer to Android phones like the Galaxy S21, creating a tightly integrated ecosystem.

On the other hand, Apple’s user base is huge, reaching over 100 million active devices in February this year.