Apple is expected to introduce the new generation of their cell phones soon. The iPhone 13 — in addition to the mini, Pro and Pro Max versions — is expected to be released on September 17th with several new features, including the unprecedented option of 1 TB of internal storage on Pro models — in the iPhone 12 series, the option with the largest capacity is 512GB.

Now, new information from MyDrivers reiterate the prices of the iPhone 13 series, and suggest that these models will not have the more “affordable” option of 256 GB of internal storage. On the other hand, the 512GB variant will be cheaper.

See the prices published below:

Based on previous rumors, the new series will feature a smaller notch for better screen enjoyment — which will have a 120Hz refresh rate on Pro models — improved camera sensors and the new A15 Bionic chipset. The models are due for release on September 17th.

The iPhone 13 has been a major source of speculation since 2020 and today possible information about the entire new generation of Apple cell phones has been revealed including their prices. Check now what they are.

According to MyDrivers, insiders in the industry are responsible for the leak, which even shows some images of the new models as you can see below. All of them must be equipped with the new Apple A15 Bionic. 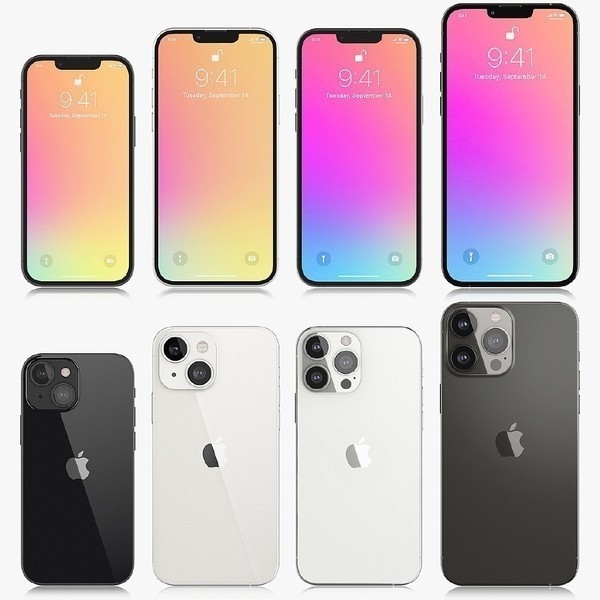 These two models will have 3 storage options with the following prices:

These prices are very similar to those adopted at the launch of the iPhone 12, which also had its base price of $699 for the most basic mini version. 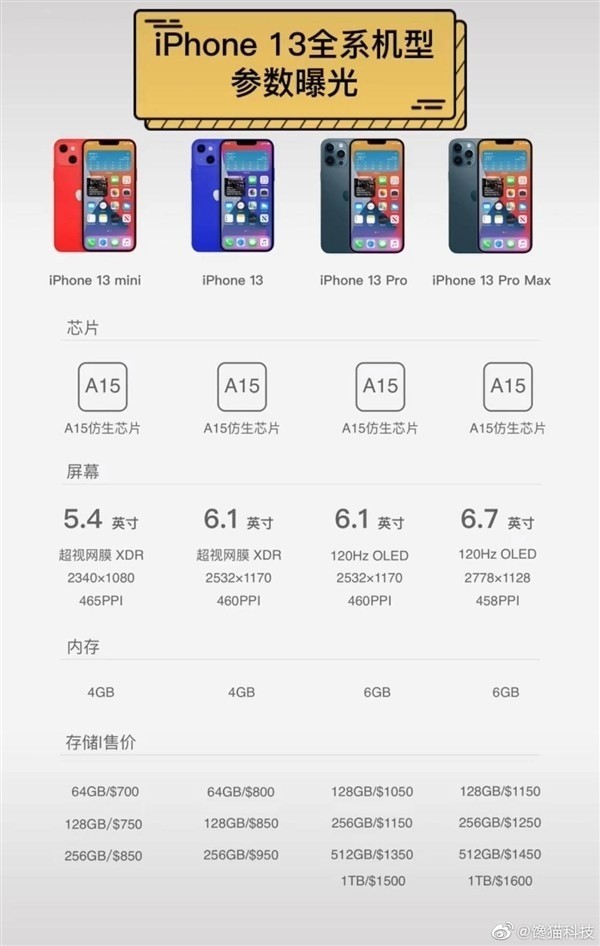 Moving on to the more powerful models we have the iPhone 13 Pro and 13 Pro Max, which should have 6.1 and 6.7 inch screens respectively, both 120Hz LTPO with dynamic refresh rate to save energy. Another similarity between the two models is the 6 GB RAM memory and storage, which will have options ranging from 128 GB to 1 TB.

Speaking of prices, we should see the following values:

It’s interesting to mention that this isn’t the first source indicating the release of an iPhone with a 1TB launch. In early June, an investor report already indicated the arrival of this version in September, when Apple is to finally unveil the new iPhone 13 models.