With another global event scheduled for September 15th, Xiaomi is expected to bring the long awaited launch of the Mi 11T series. It’s the company’s most affordable flagship series for world markets and, like last year’s Mi 10T series, there will be a Mi 11T and an 11T Pro. Now, some renderings have just come out showing details of the more advanced device.

The person who made these renders was a guy who claims to have been based on the device he saw in his hands, and who leaked information from the Mi 11T at the end of last month. The smartphone will be covered in glass on both sides, although the back of the phone appears to have a brushed metal back.

Remember the guy leaked the Xiaomi 11T Pro? Welp, he’s back with a…that’s right! High res renders based on what he saw in real life (to protect the source). Side fingerprint, glass metal sandwich design, triple 108MP cam.https://t.co/OfWA6hGeUT https://t.co/T4rE3KBXhJ pic.twitter.com/chNVmSLkD6

The Mi 11T Pro comes with three rear cameras, all of which are housed in the same camera module along with the LED flash and laser focus module. An on-site registration confirms that the main rear camera is 108MP.

Like last year’s Mi 10T series, the Mi 11T series will also have a fingerprint reader on the side, although the display will be OLED this time and not LCD.

The Mi 11T Pro will also come with a 120 Hz refresh rate, which is lower than the 144 Hz for the Mi 10T series. The screen will also have a centered punch-hole for the front camera. Other reported specs are a Snapdragon 888 processor, a 5,000mAh battery and 120W fast charging support.

So, what do you think about the device so far? Leave your impressions!

After Xiaomi has scheduled a major launch event for September, part of the market is betting that the new Mi 11T and 11T Pro should also feature alongside the global Mi Mix 4. Therefore, as they are considered flagships, they must bring Dimensity 1200 and Snapdragon 888 processors, respectively.

Of course this will have its cost and a new leak indicates that the price charged by Xiaomi can be a little scary for some people. See below:

For now, Xiaomi has not officially commented on the matter. Thus, we emphasize that everything needs to be considered as just another market rumor. 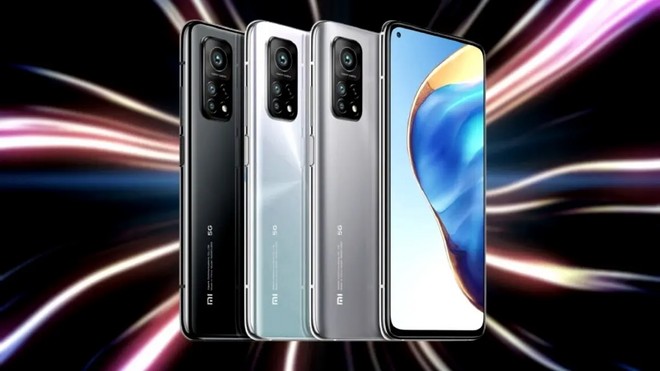 The Pixel channel on YouTube has just leaked information about the upcoming Mi 11T Pro and, it seems, the device should hit stores with powerful specs and an interesting price.

In other words, the laptop, which will be made official on september 23, should incorporate the same charging technology used in the recently announced Mi Mix 4 and should abandon the 144 Hz IPS LCD panel used in the predecessor in favor of a higher quality display.

Xiaomi has been preparing the last details for the official launch of the Mi 11T line and last week we saw that the standard model has passed its first certification. Today (16), the well-known Mukul Sharma published more details about the devices.

Starting with the standard device, the Mi 11T is code-named amber in India and beyond. The new smartphone should even use a MediaTek Dimensity processor, deliver a 120 Hz screen and three rear cameras with a 64 MP main sensor.

On the other hand, the Mi 11T Pro variant is known as Agata and also features a 120 Hz screen. However, to the surprise of many, it should rely on MediaTek chipset and be called Redmi K40 Ultra in China.

This model should have a 108MP Samsung HM2 main camera, Sony IMX355 wide-angle lens and a telemacro camera that supports 3x zoom.

For now, Xiaomi remains silent about the leaks. Even so, the Mi 11T line should hit the market within the next few weeks.

The family Mi 11 is expected to grow with the launch of the new Mi 11T and Mi 11T Pro. Recently, we saw that one of the devices was certified in Malaysia, something that indicates that the devices are getting closer and closer to its presentation.

The standard Mi 11T has now passed FCC certification in the United States with the number 21081111RG. Although the approval does not indicate the possible specifications of the device, it makes it very clear that we have MediaTek Dimension processor.

The chipset number still remains to be seen, but the smartphone category indicates that we are talking about the Dimensity 1200.

Interestingly, this will be the first time Xiaomi will use a MediaTek chipset in the Mi 11 line. That’s because all previous models have always bet on Qualcomm’s platform. 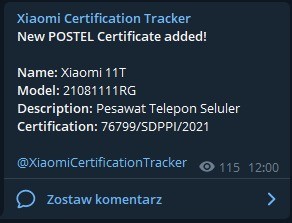 While the main Rumors and leaks channels focus on the launch of the Mi 12, Xiaomi plans other smartphones within the Mi 11 line. This week, Malaysia’s SIRIM revealed that the company is working on a new device known as Mi 11T Pro.

Interestingly, this smartphone has passed the FCC of the United States, and it carries the number 2107113SG. In general terms, the data sheet indicates that we have a mobile phone with dual band WiFi, MIUI 12.5 running under Android 11 and Bluetooth 5.1.

Shortly thereafter, the well-known and trusted Mukul Sharma revealed that this smartphone will also be released alongside a “standard” Mi 11T. That’s because Xiaomi wants to follow the same strategy as last year. 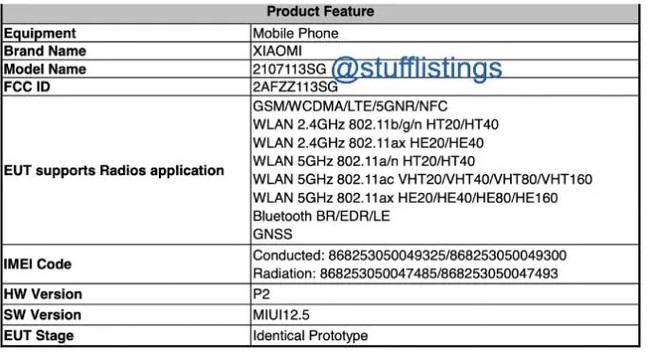 For now, it’s too early to speculate on the possible specs for the new Mi 11T and 11T Pro. market with Snapdragon 870 processor or even 888.

Unlike last year’s models, Xiaomi may choose to sell both smartphones with 108MP main rear camera. Also, most likely the 5,000 mAh battery will be kept, but the 33W charge can go up to 65W.

Remember that Xiaomi does not stop, and the company announced earlier the new Redmi Note 10 JE. The smartphone was developed with the Japanese public in mind and features IP68 certification against water and dust.

Looking forward to launching the Mi 11T line? Let us know your opinion here in the comments.