The forthcoming Dimensity 2000 processor is already being tested by some smartphone makers and will use TSMC’s 4nm process, according to new rumors. This bet by MediaTek for the chipset market could surpass Qualcomm Snapdragon 888 in performance, something that is within the Taiwanese manufacturer’s plans for 2022.

MediaTek Dimensity 2000 is expected to be released later this year. However, as cell phone brands are not expected to renew their lines until next year, we should only see models made up of this processor in 2022.

According to the leaker Digital Chat Station, MediaTek’s new chipset will have stable battery consumption and competitive hardware specifications. The idea is to go on the offensive in the processor market and go head-to-head with Qualcomm, which is already getting ready to launch the Snapdragon 898.

It is assumed that the Dimensity 2000 CPU should be the same as Qualcomm intends to use in Snapdragon 898 or even more powerful. The GPU can be more powerful than the one used in the Snapdragon 888, and its battery consumption will have better performance.

What are your expectations about Dimensity 2000? Do you think MediaTek will compete well with Qualcomm? 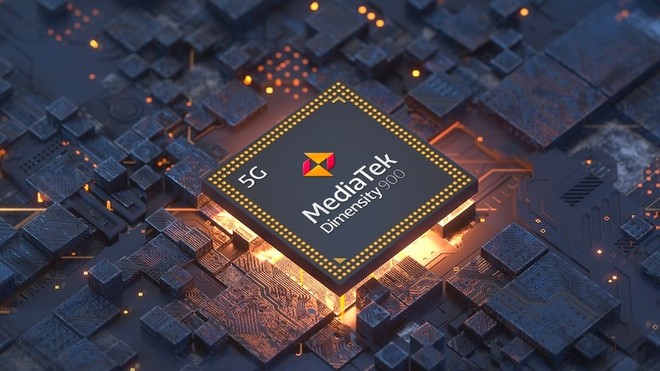 Expected by the end of the year, Dimensity 2000 could surpass Snapdragon 888, rumor indicates

MediaTek has been working hard to improve its mobile processors and catch up with Qualcomm, its main rival in this smartphone chip segment. The company’s objective is to present a SoC with satisfactory performance and balanced energy consumption, a factor that a few years ago was one of the main problems of this platform.

Expected to hit the market later this year, Dimensity 2000 can outperform Snapdragon 888 in performance, chipset that so far is the most current from Qualcomm and equips several high-end cell phones, such as the Mi 11 Ultra, for example.

The leaks also suggest that Dimensity 2000 may cost less than its rival, trading for around 3,000 yuan and delivering better value for money to manufacturers. Although the rumors seem encouraging, it is noteworthy that we will soon see the Snapdragon 898, generation that will bring even more improvements and a smaller lithograph compared to the current version.

Although MediaTek is developing 3nm processors, it is believed that the Dimensity 2000 will come with a 5nm lithograph, as well as the Exynos 2100 — which is present in the Galaxy S21 Ultra — or the SD 888 itself.

If in fact it is announced later this year, for now we won’t see devices with the next MediaTek SoC, as the brands will only renew their lines in 2022.

In the mobile device processor industry, competition does not stop. In the current scenario, Qualcomm’s Snapdragon, MediaTek’s Dimensity, and Samsung’s Exynos are in a fierce fight to see who excels in terms of technology.

The recognition of MediaTek’s 5G (Dimensity) chips by Chinese manufacturers has ensured the company’s leadership. In the second quarter of 2021, the Taiwanese manufacturer’s revenue almost doubled. However, MediaTek lagged behind Qualcomm in the world market.

Now, with the 4nm Dimensity 2000 that should arrive later this year, the company should hit the top-of-the-line market with everything, reaching smartphones that should cost more than 5,000 yuan (about R$ 3,900).

Before, in the era of 3G and 4G, MediaTek chips were more used in the cheaper smartphone market. Most cellphones that cost more than 3,000 yuan ($2,300) primarily use Qualcomm’s Snapdragon processors.

Dimensity 2000 is set to go head-to-head with the Snapdragon 898, yet to be officially announced by Snapdragon, which also uses a 4 nm process, but from TSMC. The CPU super core is also Cortex-X2 while the GPU is upgraded to A79. Meanwhile, rumors suggest that Qualcomm should arrive with an X2 Super Core clocked at 3.09GHz.

We wait for new details and follow the step by step of this dispute! How do you analyze this perspective? Leave your comment!

In recent months, we have seen some news here that point to the arrival of new processors and chipsets that will benefit from new production possibilities, which included the arrival, for example, of the Exynos 2100 and Snapdragon 888, both with 5 nm .

Obviously, the presence of both companies already with the new 5nm production encourages the technology to be adopted by other SoC manufacturers and it seems that the next one to adopt the lithography in question will be MediaTek, with the arrival of the speculated Dimensity 2000.

According to rumors raised by the well-known “Digital Chat Station” leaker on the Chinese social network Weibo, the brand may bring the Dimensity 2000 already in the beginning of next year, being this the first in the line to bring production in 5 nm, surpassing the Dimensity 1200 (6 nm) and previous generations that were developed at 7 nm.

Also according to the supposed roadmap disclosed by him, the Oppo and vivo brands should initially benefit from the novelty, and it is likely that in the following months, the brand’s other partners will also launch devices with this new version of embedded SoC. 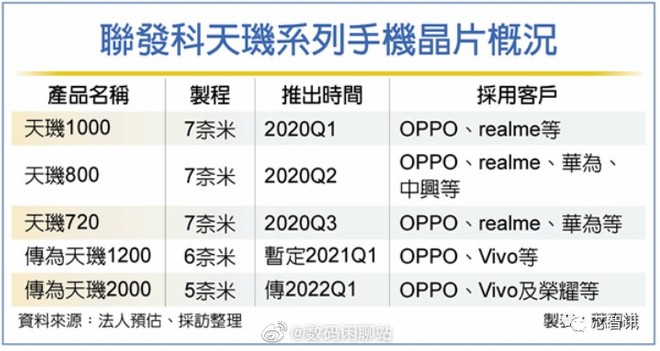 One of the potential brands that is not mentioned in the rumor, but that will possibly take advantage of the partnership with MediaTek is Honor, which, after being sold by Huawei, should start betting on bringing SoCs from other companies, thus reducing dependence on Kirin, from HiSilicon.

The expectation (obviously not yet confirmed) is that Dimensity 2000 will ship the next generation of Cortex-X cores (allegedly Cortex-X2), combined with Cortex-A79 and GPU Mali-G79 cores, which still depends on the confirmation of these cores and GPU by Arm.