The Samsung Galaxy M52 5G received Bluetooth SIG certification, which demonstrates the proximity of the launch of the novelty. Although most of the specifications of this future intermediate have already been revealed, the South Korean manufacturer has not yet set its presentation date.

The new registration confirms that the Galaxy M52 5G will support Bluetooth 5.0 connectivity. The smartphone has been identified in Geekbench, BIS and 3C previously. Among the known information about its specifications is the presence of a 6.7-inch Infinity-O Super AMOLED screen with FHD+ resolution and Qualcomm Snapdragon 778G processor.

The Galaxy M52 5G should hit the market in variants with 6 or 8 GB of RAM and 64 or 128 GB of internal storage, in addition to a 64 MP main camera. There is also a 12 MP wide-angle lens, a 5 MP depth lens and a 5 MP macro lens. The battery is 5,000 mAh and the device comes with Android 11 from the factory, according to a report by Gizchina. 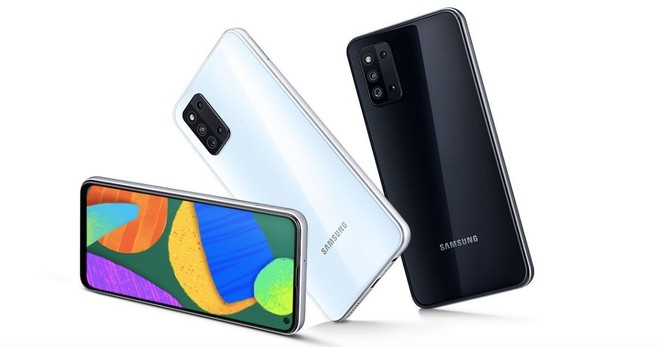 Galaxy M52 5G: Model with 8GB of RAM is benchmarked before launch

Despite having already had most of its specifications leaked, the Galaxy M52 5G has not yet gained an exact release date. On the contrary, a new benchmark test ended up confirming that this device has a variant with 8 GB of RAM.

The novelty was located in the Geekbench database, and this variant also has the Snapdragon 778G processor. the chipset works together with 8 GB of RAM and 128GB of internal storage, plus Android 11 running under the One UI.

The device managed to score 326 points in the single-core test and 1144 in the multi-core. Check it out below: 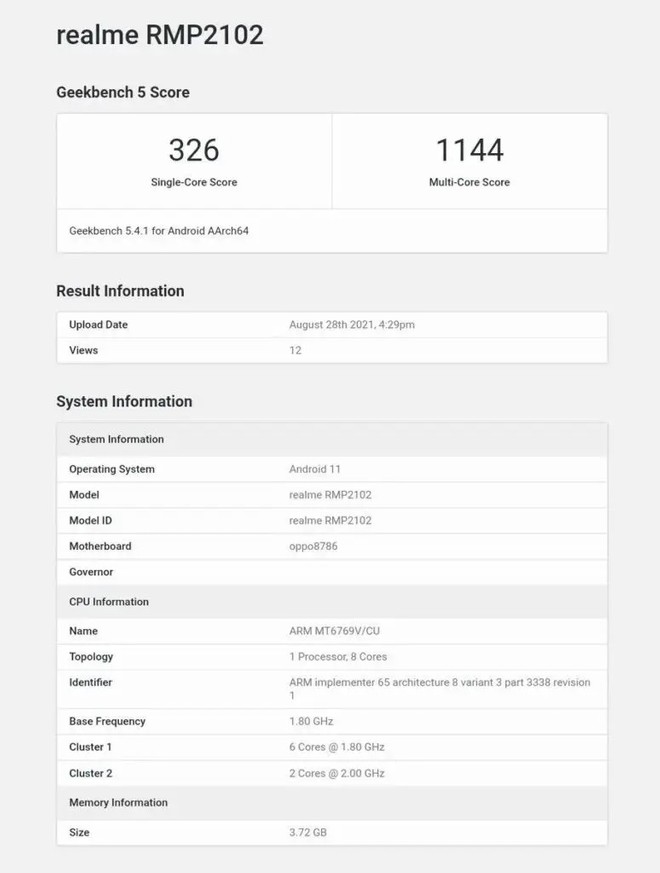 However, so far Samsung has remained silent on when the device will be introduced to the world.

According to information revealed yesterday (19), the Galaxy M52 5G may be released during the month of September and this justifies the amount of more recent rumors. Today (20), Indian sources ended up publishing basically all the specifications of Samsung’s new intermediate.

Starting with the display, the well-known Ishan Agarwal confirmed that we have a 6.7 inch Super AMOLED screen with FHD+ resolution and a hole for the 32 MP camera. already the processor will be the Snapdragon 778G, which should work in conjunction with 6GB or 8GB of RAM and 128GB of internal storage.

When looking at the rear cameras, the main lens should be 64MP (f/1.8), while there’s still 12MP wide-angle and a depth of another 5MP. Macro shots are guaranteed by the extra 5 MP lens, while the battery is 5,000 mAh and the device comes out of the box with Android 11.

So far, Samsung has not yet commented on the leak. Even so, everything collaborates with the rumor that the launch of the M52 5G could happen much sooner than expected.

Despite not yet having an exact date for its official release, the new Galaxy M52 5G has already received a number of certifications. Recently, we saw that the device’s battery could end up disappointing many fans of the Galaxy M lineup.

Now, according to the Indian BIS — an agency similar to our Anatel — the Galaxy M52 5G is ready to be made official in the country. With the SM-M526B/DS numbering, the device should even deliver a 5,000 mAh battery.

Also, your processor will be the Snapdragon 778G, with the Super AMOLED screen, 120Hz refresh rate and 64MP main camera also expected.

So far, Samsung hasn’t commented on the constant leaks, but much of the market is betting that the Galaxy M52 5G is just the A52 5G with a chipset upgrade.

After the success of the Galaxy A52 5G, several rumors have already pointed out that Samsung has two variants, the Galaxy F52 5G and the M52 5G, are in development. With regard to the latter, in particular, it was being spread that it should reach the market with a powerful 7,000 mAh battery. But as new evidence suggests, this prediction is far from reality.

According to a certification that Samsung received in China for the battery of the M52 5G (model EB-BM526ABY), the battery will have a nominal capacity of 4,860 mAh — equivalent to 5,000 mAh of typical capacity. The previous model in this line, the Galaxy M51, already had a 7,000mAh battery, pointing to a weakening in this new version.

In addition, other rumors suggest that the phone will come with the powerful Snapdragon 778G processor. Qualcomm’s 6nm chipset was released a few weeks ago and features four Cortex-A78 CPU cores, four Cortex-A55 CPU cores, the Adreno 642L GPU with support for Full HD + 144Hz, 5G and Wi-Fi 6E displays .

Other news points to the M52 bringing a Super AMOLED Infinity-O screen, a triple or even quad camera module, Android 11 and fast charging at the base of 25W.

Are you disappointed by this new fact about the battery? Let’s hope that the other news makes up for this loss.

Gradually, a new Samsung intermediary is taking shape from the leaks. The Galaxy M52 5G, successor to the popular Galaxy M51, could be made official in mid-August as the second M-line device with fifth-generation mobile internet connectivity.

The Galaxy M52 can feature Qualcomm Snapdragon 778G processor and 7,000 mAh battery. Apparently, the smartphone should not impress in terms of camera. That’s because the device’s setup will likely be quite similar to that of a very popular mid-range: the Galaxy A52 — whose review you can check here, including the 5G version. 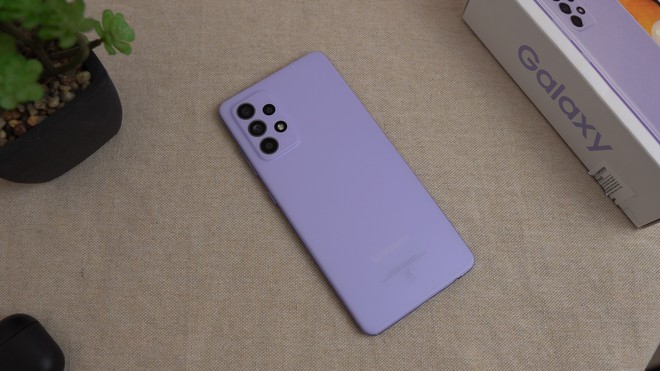 The Galaxy M52 5G’s main camera was already known: the sensor is expected to be 64 MP. Now, new rumors suggest it will be accompanied by a 12MP wide-angle lens and 5MP macro sensor.

There is no information about a fourth sensor, but it is possible that a 5 MP depth lens will also figure in the setup. The front camera will have 32 MP. Generally speaking, nothing new: these are quite common specs in Samsung’s current mid-range market.

What are your expectations regarding the Galaxy M52 5G?

The giant Samsung is investing heavily in renewing the catalog this year and looking to increase sales in physical stores. Rumors from about a month ago pointed out that the South Korean manufacturer is already developing the Galaxy M52 5G as a new intermediate option, even after the arrival of the newly released Galaxy F52 5G.

The smartphone, successor to the successful and popular Galaxy M51, could be made official in mid-August. So far, technical specifications for the Galaxy M52 5G are still scarce, but it appears that the device will be the first Samsung cellphone to feature the Qualcomm Snapdragon 778G chip.

A new Galaxy smartphone identified by the code SM-M526BR appeared on the Geekbench running Android 11 with a “Lahaina” motherboard, a nickname dedicated to the flagship Snapdragon 888 processor. However, the CPU and GPU (Adreno 642L) frequencies of the chipset used by the device actually match those of the Snapdragon 778G.

The Snapdragon 778G is not the high-end chipset at the moment, but it still shows itself as a high-end TSMC 6nm processor. The assumption is that the Galaxy M52 5G arrives composed by Snapdragon 778G and 6 GB RAM. Other information about the new device points to a powerful 7,000 mAh battery and 64 MP main camera.

Samsung earlier launched the new Galaxy F52 5G as an affordable mid-range in China, but the South Korean company doesn’t want to stop there. According to latest information, the manufacturer is already preparing to present the new Galaxy M52 5G.

GalaxyClub folks believe that this smartphone may be made official in mid-August, being that he has the mission to maintain the great sales numbers of the popular Galaxy M51.

So far, people who work with Samsung only confirm that this new smartphone should carry the SM-M425F numbering, and its biggest highlight will be the presence of the fifth generation network. 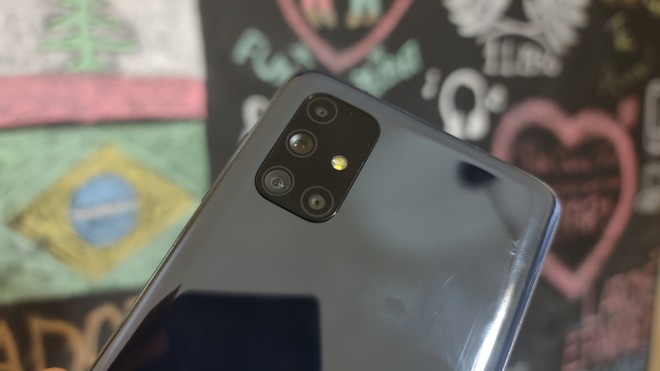 For now, details about the technical specifications of the new Galaxy M52 5G are still scarce. Even so, taking into account the standard of the Galaxy M line, everything indicates that we are talking about a smartphone with large battery capacity.

The Galaxy M51 caught the public’s attention for bringing a 7,000 mAh battery and everything indicates that its successor can follow the same path.

Another important specification revealed in the same leak indicates that the cell phone still has 64 MP main camera. Of course, Samsung has not commented on the matter. Thus, we emphasize that everything needs to be considered as just another market rumor.