Android 12 is a significant release for Google phones, among other things, revamping the design with “Material You”, which matches the system and its apps with the colors of your wallpaper. In the coming months, we should see more of how Android 12 will improve on other companies’ phones, with Samsung set to beta test One UI 4.0 in the coming weeks.

But now, it seems, there will be a third system that will mediate the launch of Android 12 and Android 13 — called by dessert Tiramisù. According to information provided by user luca020400 for the XDA Developers portal, Android 12 will be API 31, while the next system will have API level 33. Therefore, it is speculated that a 12.1 version will be released in this range. 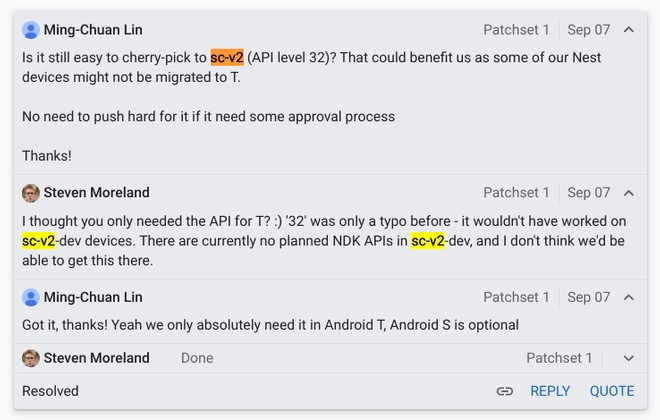 More than that, it is directly stated that level 32 of the API will be “sc-v2”. In this case, “sc” is an abbreviation for the name of Android 12’s built-in dessert, “Snow Cone”, suggesting a second version of the system.

In the last 13 years of Android history, a change in the API level has mostly coincided with a change in the Android version number. This would be the first time since 2017 that Google has decided to release a second update half-cycle for a system version.

The other occasion was with Android Oreo, which jumped from 8.0 to 8.1 by the end of the year, with the update debuting on Pixel and Nexus smartphones. A similar release schedule in the middle of the “x.1” cycle also occurred after Android Nougat and Lollipop.

Whatever is changing between the base version and this new one should be important enough to justify a release that breaks this annual cycle — and that might not be developed in time for the first version. For now it’s too early to speculate what these features would be, and also when this new version would arrive. But based on previous releases, it should arrive a few months after the main release.

And you, what do you think is coming next? Leave your comment!