THE Philco announced this Thursday (16) the launch of ‘ Philco Hit P12 ‘ in Brazil, an intermediate device that arrives with medium specifications and replaces the Hit P10 , a version released at the end of last year and which probably served as inspiration for its successor, as the recent release kept some features of the past generation, such as the drop notch and other design aspects.

The smartphone has a 6.52-inch IPS LCD screen, HD resolution + (1600 X 720 pixels), 60 Hz refresh rate and at the top a drop-shaped notch that houses the 8 MP front camera and can be used for facial unlocking, although the device does not have any infrared sensor for mapping the face.

The construction is what we expect for a device in this category: old design, screen with local edges and back without much detail, only having the quad module of vertical cameras, LED flash, fingerprint reader and the brand name in the center over a plastic cover. 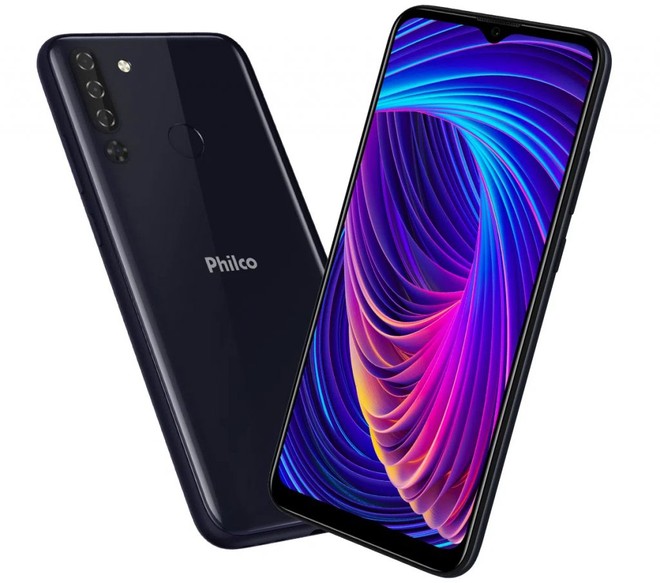 Simplicity is maintained in the technical sheet of the device, which is equipped with the Unisoc SC9863A processor , an octa-core up to 1.6 Ghz that uses an IMG8322 GPU and has 4 GB of RAM memory , that is, hardware that is focused on everyday tasks but can suffer from heavier applications ​​or running too many tasks in the background.

The positive point, however, is in charge of the four rear cameras, the main sensor being with 13 MP of resolution, ultra wide of 8 MP, macro of 2 MP and depth with also 2 MP, a very versatile set. Going even further, the Philco Hit P12 also draws attention with a 4,000 mAh battery – no charging power information – and non-standard USB-C input.

Philco Hit P12 is already available in the main retail chains in Brazil and can be found by BRL 1,999 in version with 4GB of RAM and 128GB of internal storage with support for expansion via microSD.

What did you think of this smartphone recently launched by Philco? Do you believe it is a good investment or is it still expensive? Tell us, comment!