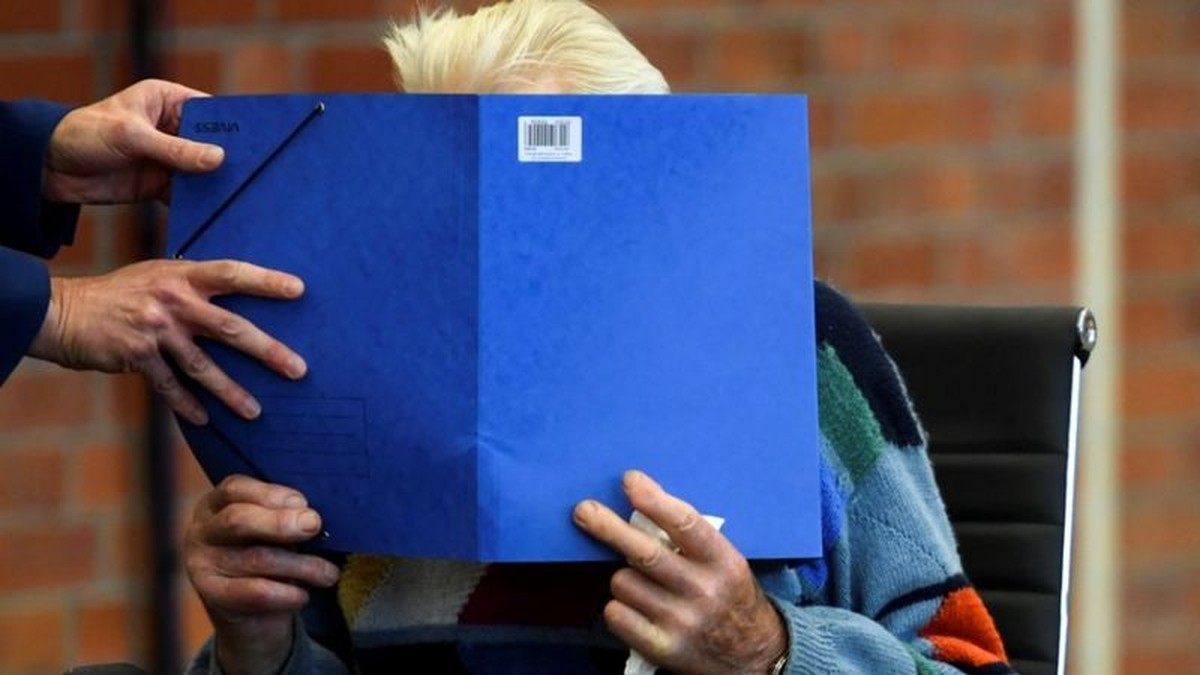 The 100-year-old German Josef Schutz, a former guard at the Sachsenhausen Nazi concentration camp in the 1940s who is on trial for his alleged crimes, declared his innocence before the court on Friday (8).

“I don’t know anything about it,” Schutz said.

The centenary man became, this week, the oldest defendant to be tried for alleged crimes committed during Nazism (see more in the video below).

When asked about his work in the Sachsenhausen concentration camp, near Berlin, during World War II, he claimed to be innocent.

“Everything is in shambles in my head,” said Schutz, who lamented being alone in the dock of the Brandenburg an der Havel court in eastern Germany, where he is expected to appear until early January.

His statements were quickly interrupted by his lawyer, who the day before had explained that the defendant would not talk about the Nazi Germany period.

“We had agreed with the defense on this procedure,” protested the lawyer.

Schutz, a former corporal in the “Totenkopf” division of the SS, is accused of “complicity in the death” of 3,518 prisoners at Sachsenhausen concentration camp between 1942 and 1945. This second hearing was devoted to his life before and after the Second World War.

Since it opened in 1936 until its release by the Soviets on April 22, 1945, some 200,000 prisoners have passed through the Sachsenhausen camp, mainly political opponents, Jews and homosexuals.

Tens of thousands of them died of exhaustion due to forced labor and cruel detention conditions. Several Sachsenhausen survivors presented themselves as civil parties to the trial.

One of his lawyers, Thomas Walther, argued on Thursday that “something can happen, maybe a man like that will come to the conclusion that, before he dies, he wants to explain himself about his past”.

After a past marked by little judicial pressure on perpetrators of Nazi crimes, Germany has tried and convicted four former SS members in the past ten years, extending the charge of complicity in murder to guards and other executioners of Nazi orders.

Schutz’s trial comes a week after the suspension of the trial of Irmgard Furchner, a former secretary of a Nazi camp, whose trial had to be postponed after an attempted escape from the 96-year-old defendant.