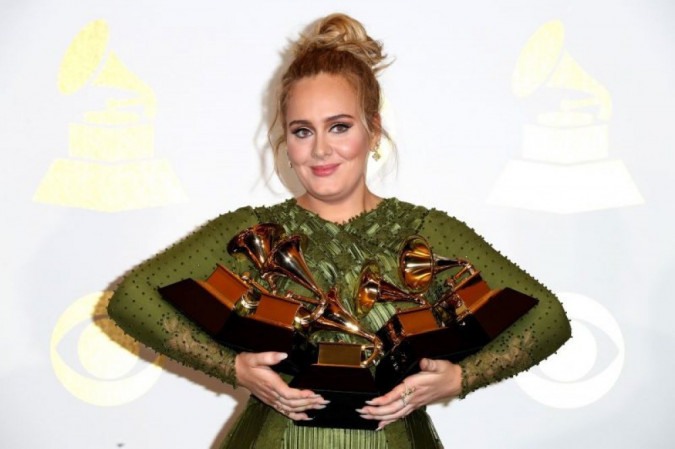 After five years of silence, British singer Adele spoke about her anguish, her divorce, her therapy and her weight loss in an interview-confession published before the release of her new album, “30”.

The pop diva, who seeks to live away from the spotlight, has not given an interview since 2016.

Now, coming out of her “recluse” life, in her own words, she signs her big comeback in a double interview for the British and American editions of Vogue.

“I have to prepare myself to be famous again, which, as everyone knows, I don’t like to be,” she confided to the fashion magazine.

In it, this Londoner, now based in Los Angeles, talks about the difficulties that befell her when she turned thirty and that helped to create a new album, whose release date is still unknown.

“At 30, my life fell apart without warning,” explains 33-year-old Adele. “I feel like this album is about self-destruction, self-reflection and self-redemption.”

She also remembers the breakup with her ex-husband Simon Konecki, founder of a charity institution, from whom she separated in April 2019. The relationship “no longer suited me (…) I wasn’t unhappy, but it would have been if had not thought of me first”.

This new album – very personal – was born precisely to answer the numerous questions of his son Angelo, who will soon be 9 years old, about this divorce and the injuries it caused him.

“My son has a lot of questions. Really good questions, really innocent questions that I don’t have answers to,” like “Why can’t you guys live together?” explains the singer of hits “Someone Like You” and “Hello.”

“I just felt like I wanted to explain to him, with this album, when he’s older, who I am and why I voluntarily chose to dismantle his entire life in pursuit of my own happiness,” he adds.

So the lyrics of these songs have a different perspective. “I realized that I was the problem,” he explains. “Because every other record was ‘you did this! You did that!’ but ‘maybe it was me!’ he admits.

Prone to anxiety, Adele claims to have found relief through “lots of therapy” and meditation. Raised by her mother, she reconciled with her father Mark Evans, a Welsh plumber, shortly before his death from cancer in May.

Her salvation also came from the hands of the sport: she became addicted, she says, and exercising “two or three times a day” lost about 45 kilos. “It was never about losing weight, it was about getting strong and staying as far away from the phone as possible every day.”

The singer, winner of 15 Grammy awards, also confirms that she has a relationship with an American sports agent, Rich Paul, since the beginning of the year. With him, she doesn’t feel “nervous, anxious or exhausted”.

Talking openly about her partner is unprecedented for Adele, so averse to fame that she has even considered turning her back on the music industry. She remembers writing to her manager: “It’s not really for me. That’s not why I love music.”

“I became very famous when Amy Winehouse passed away. And we saw her die before our eyes”, he adds, admitting that he was also afraid of losing control, since “he has always had a very close relationship with alcohol”.