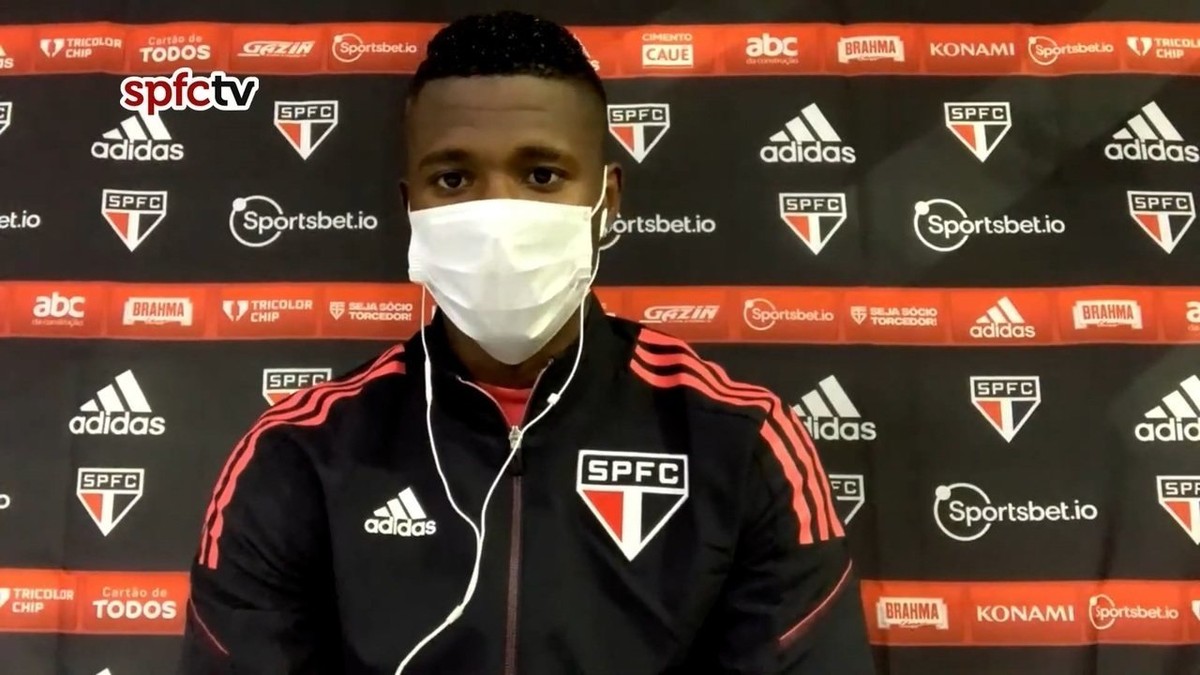 The manager of right-back Orejuela, Vinicius Prates, criticized coach Hernán Crespo for the lack of opportunities the player has received at São Paulo since he was signed.

With eight games in 2021 for Tricolor, the right-back’s permanence is considered “virtually impossible” for the next season if the coach stays until 2022. According to the agent, Crespo has “burned” the athlete.

– He is a player who was from the Colombian national team and Crespo filed him away. It took away the player’s confidence. With the maintenance of Crespo, it is almost impossible for him to stay in São Paulo – stated Vinicius Prates in contact with the GE.

– Curly is burning the player. Burned a club’s assets. São Paulo made the investment and we chose to go to São Paulo. Our problem is not with São Paulo, but with the coach – he added.

The discomfort with the lack of opportunity to Orejuela had its peak in the confrontation against Santos, last Thursday, by Brasileirão. Without Igor Vinicius, injured, and Galeano, suspended, the only right-back available was Orejuela. However, it wasn’t even related to the game.. Igor Gomes, a midfielder, played improvised in the sector.

In their press material, São Paulo informed that the player was left out of the match to improve his fitness after recovering from an injury to the posterior muscle of the left thigh. The manager of Orejuela refutes this allegation.

– They said that Orejuela was in recovery, and he is not playing because of the coach. One of the biggest signings that São Paulo made and does not play. The coach puts him to train as a defender, and we know that Orejuela is a more offensive player, who gets to attack well. But even so it doesn’t play. Orejuela did not have a streak of five games for the club – said Vinicius Prates.

– Orejuela went to São Paulo with the intention of remaining in the Seleção, going to the World Cup, but the coach filed the player away – he added.

Orejuela was signed by São Paulo at the beginning of the season for 2 million euros (about R$12.7 million) for 50% of the economic rights to be one of the main players on the right back.

However, with the return of Daniel Alves to the position, the Colombian lost space. However, even when the former shirt 10 of the team did not act, Orejuela was passed over by Igor Vinicius. In certain games, Crespo chose to start the matches with improvised Galeano.

The right-back trained this Friday with the other athletes who were reserves or not related to the match against Santos.

He can be related to the game next Monday, at 20:00 (GMT), against Cuiabá, for the 25th round of the Brazilian Championship.