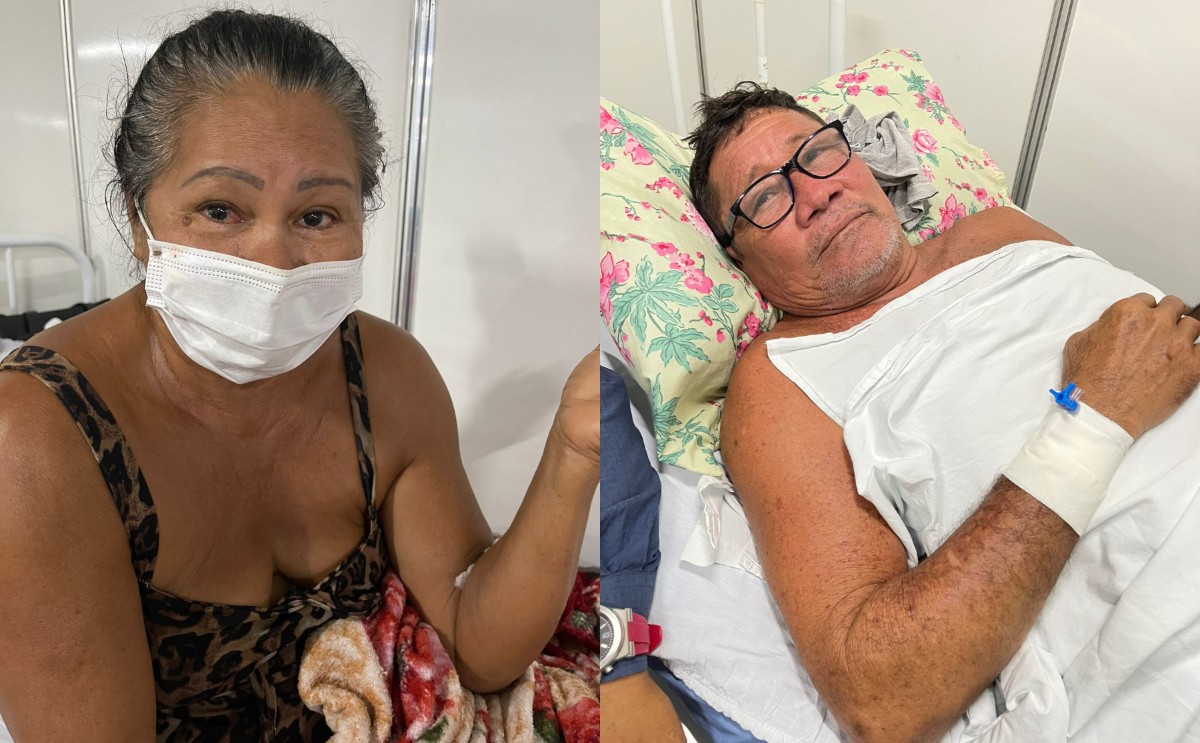 The daughter of Professor Raimundo and the self-employed Maria, Milena Pandilha, 23, says that the symptoms appeared about an hour after eating the fish and that the parents were unable to walk in the first moments of the onset of the disease.

The family lives in the riverside community of Ilha Rasa, belonging to the municipality of Afuá, in the interior of Pará. It takes about 40 minutes to travel by speedboat on the Amazon River to reach the city of Santana, in Amapá, which has greater infrastructure.

They usually make this trip about 3 times a month to shop, pay bills, make appointments, among other personal commitments.

On his last visit to Amapá last Saturday (2), Professor Raimundo bought Pacu fish in the Igarapé da Fortaleza and the family consumed the fish two days later, at dinner on Monday (4). According to the family, they looked fresh and in perfect condition. The Health Surveillance mapped it and discovered that the fish with toxin came from Santarém.

In addition to the couple, their son who lives on the same island also consumed the fish but did not feel any symptoms until this Friday. A brother of the teacher who lives in the residence preferred to eat another meal.

According to Milena, who lives in Macapá, the mother began to feel symptoms about 1 hour after eating the fish. What started with mild muscle pain turned into loss of movement and fainting.

Also according to Milena, Raimundo realized that his wife was feeling sick when he also felt discomfort and went to rest.

“Moments later he started to feel pain in his back, back pain and also decided to lie down. Arriving there, Mom said it was bad too. My brother, who lives nearby, came to help and when he arrived, my mother was very sick, with back pain, she got stuck”, said the daughter.

Hours after consuming the fish, Maria was transported by speedboat to the Santana State Hospital (HES). She was admitted to the unit at dawn on Tuesday (5), already motionless and with a lot of muscle pain. About 3 hours later, Raimundo was also transported to Amapá in the same conditions as his wife.

During the collection of urine for exams, one of the signs by which the Haff syndrome was known was found: both had “black urine”, according to Milena.

“When he arrived here to collect the tests, the urine was the color of coffee, the two of them, then we despaired. Exams, tests and retests were carried out, and the doctor confirmed it for us”, he said.

The confirmation that Raimundo and Maria have Haff syndrome was released by the commission to fight the disease that was set up in Amapá. Two other confirmed people are also monitored at HES. It is the first time the disease is registered in the state.

The couple recovers. Both now have the leg movements again. Raimundo, worried about the residents, warned about the contamination of only a few fish.

“It’s not everyone [os peixes] that are contaminated but among them there are some because I ate 2 and I got sick with my wife, but before that I gave one to my son and he ate and he didn’t feel bad. It’s a sign that they’re not all contaminated, it’s a sign that it’s not possible to know if in the middle of a vat of fish which one is contaminated or not, that’s my warning”, said Raimundo to g1.

There are no ways to identify contaminated fish: the toxin has no smell, taste or color and does not disappear after cooking the meat. The indication is to reduce the consumption of fish or buy them in places where the transport and storage process is known. With the confirmation of the cases, the government indicated not to consume pacu.

In addition to the four confirmed cases, there are two other patients suspected of having the disease. One was admitted to the HES and another chose to leave the hospital to recover at home, according to the government. All 6 patients reported that they consumed fish from the same origin and are considered isolated cases.

The person who left the hospital, aged 44, was transferred from Santana to the Emergency Hospital (HE) in Macapá. To g1, the family reported this Friday the difficulties in medical care led them to give up monitoring.

“Back at the Santana hospital, they underwent exams, medications, but when they returned to the doctor, they were unable to tell what she had, so we decided to go to Macapá. She was at Santana Hospital, we went to the UBS in Macapá and at night we went to the HE and all exams were changed. […] We didn’t have the necessary care, we didn’t have the necessary observation,” said a family member who declined to be identified.

Suspected case was treated at HE and received referral to Hcal — Photo: Personal Archive

According to the family, there was a request for transfer, but the person was not taken to the Hospital de Clinicas Dr. Alberto Lima (Hcal) due to lack of a bed.

Questioned during the press conference, the SVS said the patient left the hospital willingly.

WATCH below what was featured on the AP: