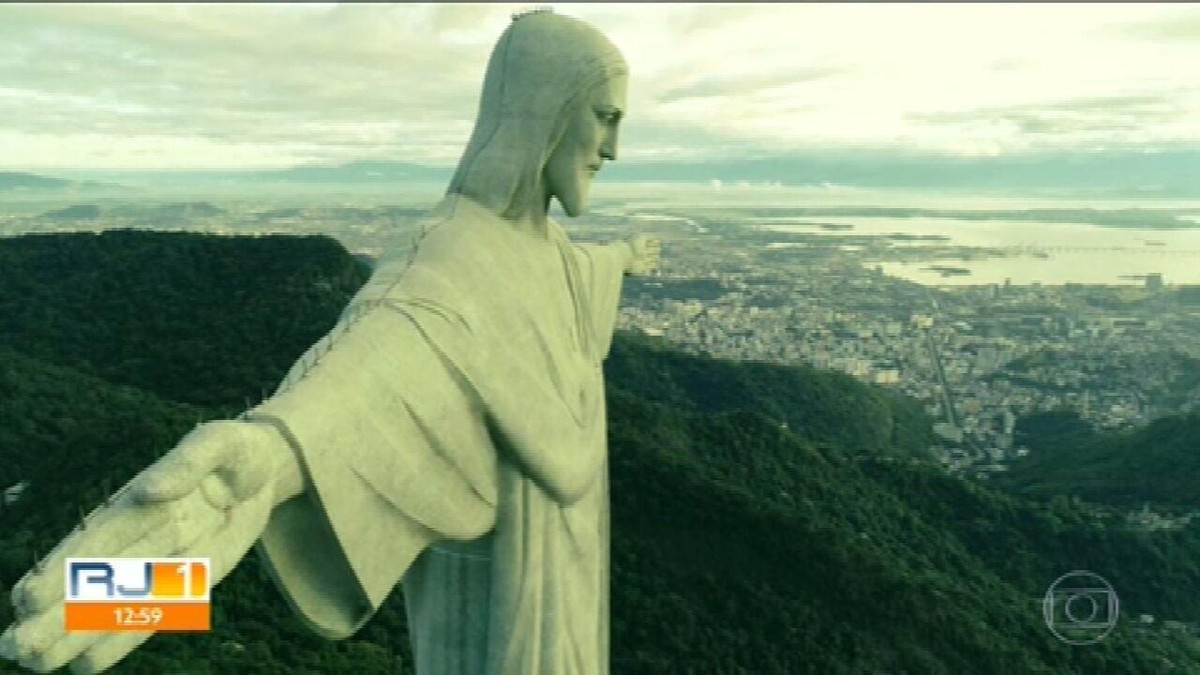 Faith can even remove mountains, but it is the monument of Christ the Redeemer, with open arms over the Guanabara Bay, that there is 90 years makes thousands of people climb 710 meters above sea level to visit it.

Elected in 2007 as one of the Seven Wonders of the Modern World, the monument collects superlative numbers.

Christ the Redeemer in numbers

*The stylized heart to represent the Sacred Heart of Jesus is the only element that on the inside is also covered with soapstone.

Cristo Redentor, the second largest tourist attraction in the country, attracted more than 1.9 million visitors in 2019, before the pandemic, according to ICMBio — Photo: Matheus Rodrigues / G1

Although it is the symbol of the country abroad, Christ the Redeemer is the second place in the country in number of visitors, according to the Chico Mendes Institute (ICMBio). In 2019, before the pandemic, the Iguacu National Park, in Paraná, where the Iguaçu Falls are located, had a record audience of 2,020,358 tourists, while in the same period Christ received 1,940,327 visitors.

But there are controversies. As access can be done either by Paineiras/Corcovado vans or by the Corcovado Train, there are disagreements about the record number of visitors.

According to the Corcovado Train, in 2019, around 2.45 million people went up to Christ by train, surpassing the record of 2 million visitors registered by ICMBio in 2013.

The Paineiras/Corcovado van service reported that, before the pandemic, the average number of visitors leaving Largo do Machado, in Laranjeiras, and Copacabana heading to Cristo, was 7,200 people/day. The record of visitors who used the vans to reach the monument was 1.4 million, in 2015.

In South America, visiting Christ the Redeemer is second only to the Inca city of Machu Picchu, embedded in the Andes Mountains, in Peru.

The Christ the Redeemer, with its 38 meters between statue and pedestal, is the third largest sculpture of Christ in the world. The biggest of all is the Christ the King from Poland, which with the pedestal reaches 52 meters tall. The second largest is the sculpture of Cristo de la Concordia, from Bolivia, with 40 meters in total.

Built between 1926 and 1931, the monument – including the plinth – is the height of a 13-story building. The reinforced concrete structure was erected on four pillars joined by beams. 2.60 meters each. and sustain 12 slabs. A staircase joins the 12 internal plateaus that lead to caps on the statue’s arms and head.

The climb to the plinth — where the Chapel of Nossa Senhora Aparecida is located — has 220 steps. The monument also has three panoramic elevators and four escalators.

The mold of the head of Christ the Redeemer was made in Paris and came to Rio by ship, separated into 50 numbered parts. — Photo: Reproduction/Social Media

The statue was built in Brazil, with donations, which went from 500 contos, collected among the population. The head and hands were made of plaster in Paris and came to Brazil by ship. The head was shipped in 50 numbered parts, while hands came in eight parts.

The monument was designed and built to withstand winds of up to 250 km/h. That is, from a category 5 hurricane, the highest on the Saffir-Simpson scale. But it has been struck several times by lightning. In one of them, in 2014, he had the finger of his right hand damaged.

In the 2010 restoration, one hundred people worked directly on replacing more than 60 thousand pieces of soapstone.

Now, at 90 years of age, the monument is preparing for another superlative number. The Cristo Redentor Sanctuary is asking for the collaboration of photos, videos and documents from visitors from all over the world to assemble the largest digital collection in the world.