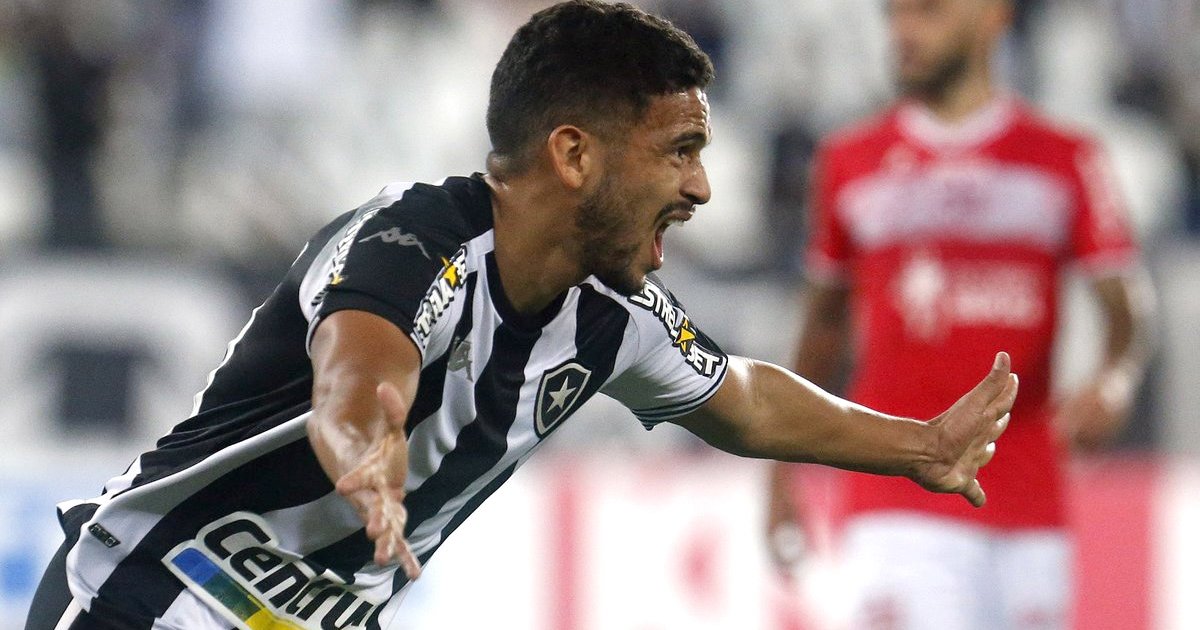 With unremitting support from the fans, the Botafogo won the CRB by 2 to 0 on Friday night, in a direct duel in the fight for access, and resumed the vice-leadership of the Serie B with 51 points. As a bonus, Glorioso opened three points of advantage for the fifth place, precisely the team from Alagoas. Another very important step towards the goal of returning to the elite.

Even due to the importance of the confrontation, Botafogo and CRB played a very frank game in the first half, but with few dangerous opportunities created. The best finish at the beginning was from Glorioso: Warley crossed from the right, Rafael Navarro couldn’t finish and Jonathan Silva, on the second pole, with no angle, shoved out.

The game changed shape in the 32nd minute, when Caetano attacked Rafael Navarro with a kick to the face and was sent off. Then the spaces appeared and Botafogo managed to open the score at 44: Chay crossed from the right, the ball went through the center of the area and found Marco Antônio on the second pole to make 1-0, to the fans’ party.

In the second half, CRB tried to bet on set pieces, without success, while Botafogo managed to control well, but they had difficulties to create opportunities for goals. Chay, on a half-bike, got to scare in the 15th minute, but the ball went up too high.

As time went by, Botafogo had more space to counterattack and almost made the second in the 29th minute: Chay pushed through the middle, stuck it in and Rafael Navarro kicked over goalkeeper Diogo Silva. In the end, Glorioso played with the watch, didn’t expose himself and closed the account at 48: Carlinhos completed Warley’s play and made it 2-0.

Botafogo will return to the field next Tuesday to face Cruzeiro at Independência Stadium, in Belo Horizonte, at 9:30 pm. Afterwards, Glorioso will have a ten-day break without games until the match against Brusque, on the 22nd, at Nilton Santos Stadium.

Check out the updated Series B rating: