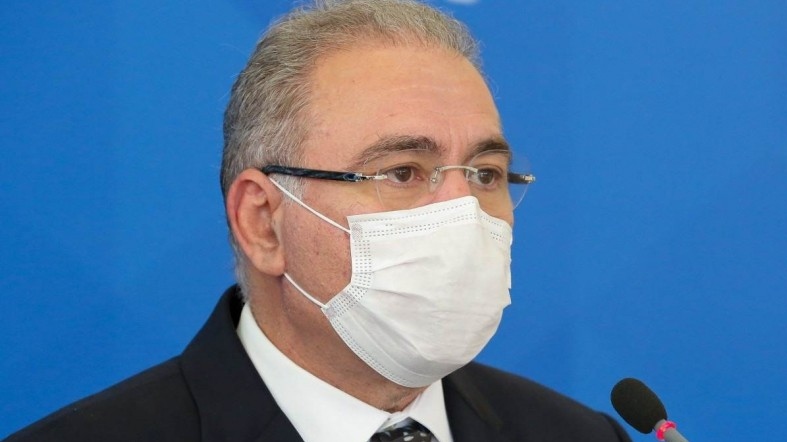 Believe it or not, dear reader, but the new presidential doormat – dressed as a minister of Health -, Dr. Marcelo Queiroz, I say, cheesy (Queiroz is the militiaman who swamped the first lady’s account with 90,000 reais in checks), that rude old man who showed the middle finger in NYC, while spreading the corona around the city, said exactly the following:

“Condoms reduce sexually transmitted diseases. Will I make a law to force people to use condoms? You’re welcome!”.

Well, what do you expect from a doctor who advocates ‘early treatment’ – whatever the hell that means? What is against social distancing and wearing a mask? Who doesn’t think anything of 600,000 more killed by covid, since 390,000 die from heart disease? That he suspended the vaccination of children and adolescents because Zap’s aunt told him to? Who not only cleans but licks and polishes the, the – ok! I’ll straighten up – the boots of the chloroquine devotee?

Marcelo ‘middle finger’ Queiroga, the puppet of Saúde, does not know the difference between a nose and a dick, nor between Covid and syphilis. For the ‘genius’, forcing the use of a mask is equivalent to forcing the use of a condom. Someone has to warn the idiot that no one goes around with their bilaus exposed, dripping viruses into other people’s snouts. Honestly, with these types of health ministers, ‘only’ 600,000 dead is a real miracle.