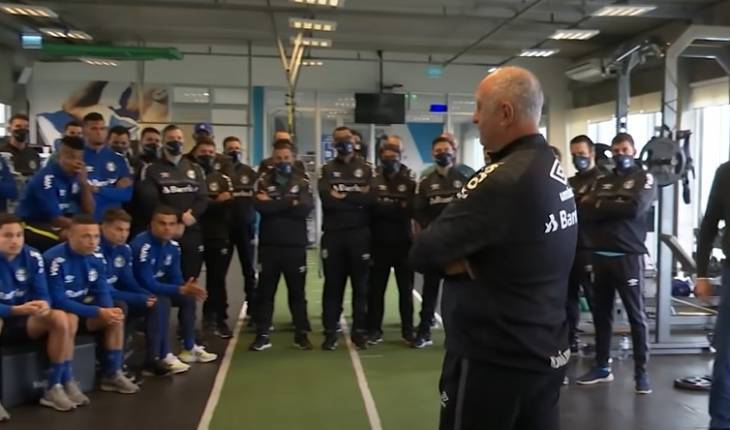 Grêmio continues to have a melancholy season, with early eliminations in the Copa do Brasil and Libertadores da América and fighting since the beginning of the Brazilian Championship only to escape the relegation zone. The club lost again the chance to leave the Z-4 ​​with a draw against Cuiabá last Wednesday (06/10).

With just 23 points in 22 matches, the club from Rio Grande do Sul ranks 17th in the national competition and the weather remains hot behind the scenes. Coach Luis Felipe Scolari criticized internal leaks that occurred during the week and even called the “gossip” ‘scoundrel’.

With a season so below expectations, Grêmio is planning a new squad for next year and a medal in the defensive system is now considered a card out of the deck at the club. Rafinha arrived at the beginning of the year with star status due to his international career and also for the great season he had at Flamengo in 2019. But at the Gaucho club, the player has been disappointing and lost his position to right-back Vanderson, a Grêmio base boy .

Rafinha has even been improvised by Felipão on the other side, but he alternates games in which he plays on the left with games that are on the bench. At this point, the salary of R$ 400 thousand per month and its low cost-benefit weighs heavily. The club will have no difficulties in getting rid of Rafinha, as his contract is valid only until the end of the year and will not be renewed.

In the fight to remain in Serie A, Grêmio will face Santos in Vila Belmiro next Sunday (10/10) at 4 pm.