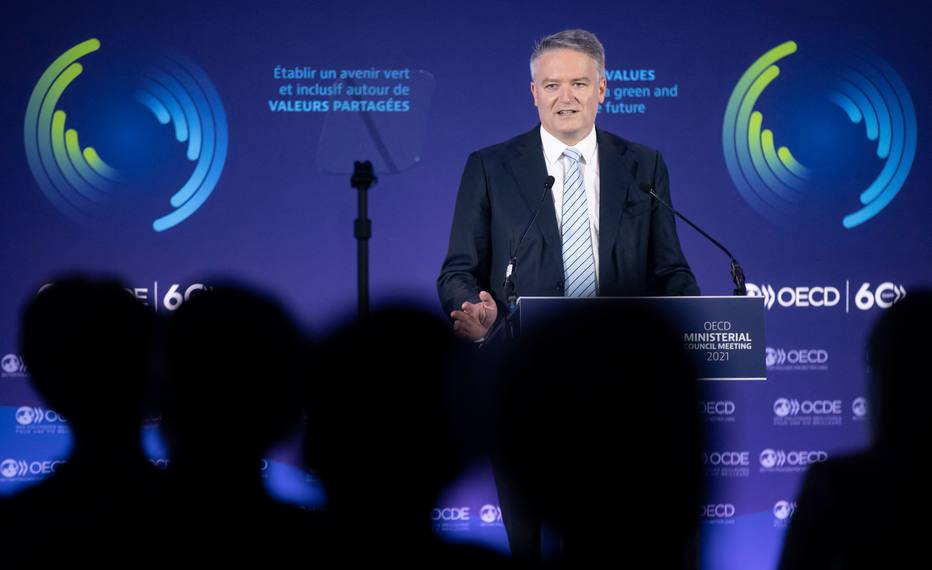 THE Organization for Economic Cooperation and Development (OECD) finalized this Friday, the 8th, an agreement between 136 countries, including Brazil, to levy a global minimum tax of 15% on multinationals as of 2023. The pact, which had been preliminarily announced in July, has now received the endorsement of Estonia, Hungary and Ireland.

In a statement, the OECD calls the agreement “historic” and says the tax will reallocate more than $125 billion in profits from around 100 of the largest and most profitable multinationals to countries around the world.

According to the entity, this ensures that these companies will pay a fair share of tax wherever they operate and generate profit.

The agreement had already received support from the G7 It’s from G20. “This is a great victory for an effective and balanced multilateralism. It is a far-reaching agreement that guarantees that our international tax system is adequate in a digitized and globalized world economy”, says the Secretary General of the OECD, Mathias Cormann.

He argued that “quickness” is needed to ensure the effective implementation of the new rules. The countries plan to sign a multilateral convention in 2022, so that taxation takes effect the following year. The OECD explains that the global minimum tax of 15% will be levied on companies with revenues above 750 million euros.

In a Twitter message, US Treasury Secretary Janet Yellen celebrated the pact between the 136 countries. “Today’s agreement represents a once-in-a-generation achievement for economic diplomacy. We’ve turned relentless negotiations into decades of greater prosperity – for both America and the world,” said the former chairman of the Federal Reserve.

Today’s agreement represents a once-in-a-generation accomplishment for economic diplomacy. We’ve turned tireless negotiations into decades of increased prosperity – for both America and the World.

Since taking office in the US, the economist has been actively involved in the negotiations of the new global corporate taxation.

Brazil’s Economy Minister, Paulo Guedes, said this Friday that he had a “long conversation” with Janet Yellen about taxation agreements. In these dialogues, according to Guedes, he also asked for help to better position Brazil in the European Union and in its candidacy to the OECD, mainly due to the country’s environmental reputation.

The minister argued that Brazil has something to present in the sustainability area and is also interested in making improvements on this front, but “it is much easier just to fire criticism and say that we have a bad image”. Yellen has already stated that the environmental issue and sustainable investments will be the focus of Joe Biden’s government.