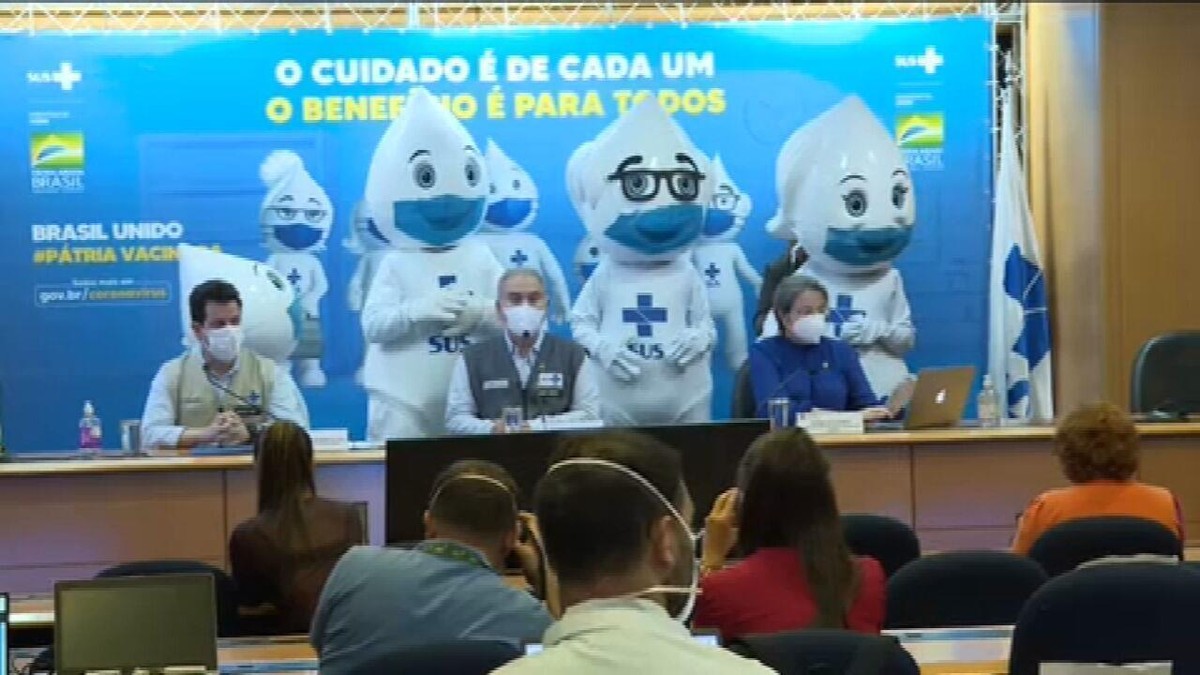 “But a law that wants to enforce its use is ineffective. People need to be aware,” said Queiroga.

To justify his point of view, he made a new comparison:

“Our problem is not masks, they are narratives that cannot be sustained. For example, condoms reduce illnesses, but I’m going to make a law to enforce their use?” said Marcelo Queiroga.

“Everyone knows what I’m doing here, during my administration the pandemic has diminished, it’s everyone’s job, including you in the press who pass on information,” added Queiroga.

Queiroga was asked about his position on the drugs in the so-called Covid kit, which bring together drugs whose ineffectiveness against Covid has been proven.

This week, the National Commission for the Incorporation of Technologies in the Unified Health System, an advisory body to the Ministry of Health, withdrew from the agenda the analysis of a study by experts against the use of chloroquine, ivermectin and other medicines in the kit.

Covid’s vice president of the CPI, senator Randolfe Rodrigues (Rede-AP), stated that president Jair Bolsonaro interfered in the removal of the agenda.

Queiroga said he was unaware of the Conitec document that would be voted on on Thursday.

“I don’t know the Conitec document, when an analysis is submitted, it is put for public consultation, they can analyze it again, there is a public hearing and after it is recommended, the secretary decides. And if there is any questioning, it is up to the minister to decide, conitec is 10 years old. What is conitec? I submitted a proposal for a clinical protocol to conitec,” said the minister.

“The hospital is ready, and it should soon be published. About initial treatment, I have already expressed my opinion on this, and it is unnecessary for me to express myself in this aspect, a judge cannot give a position before its time. It is necessary to destroy narratives. And this document. , if it was leaked, it was inappropriately. Anyone who participates in a private meeting and discloses a confidential document, then has to respond. There is no news about this,” said Queiroga.