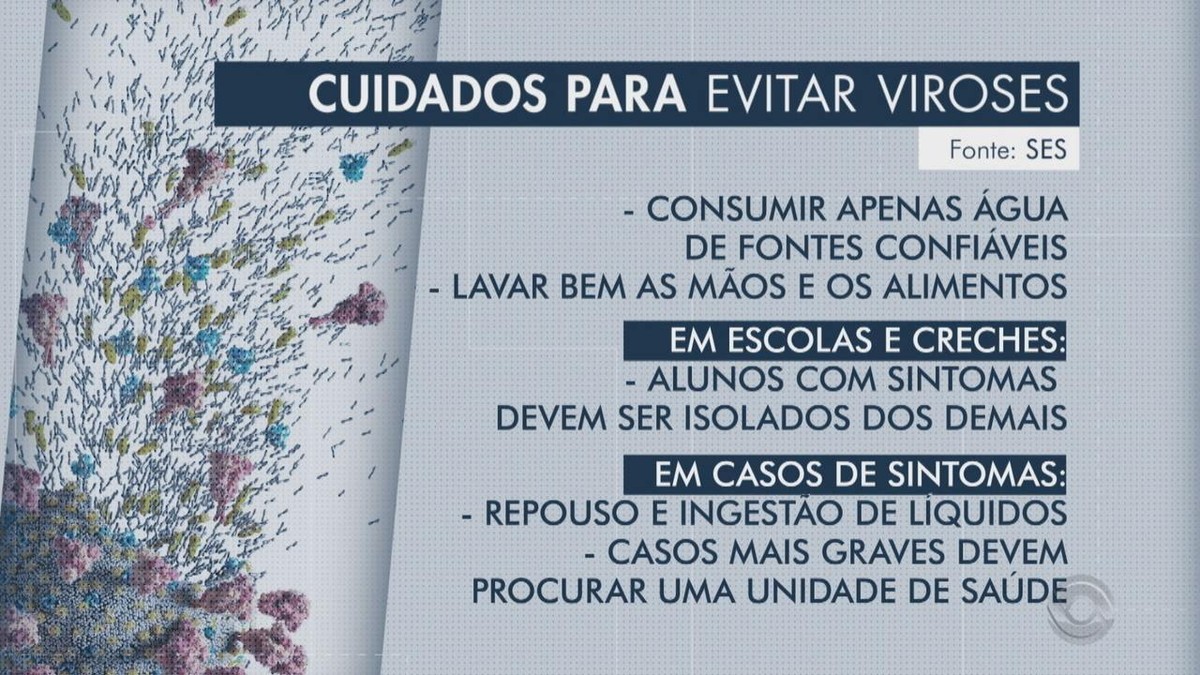 The State Department of Health (SES) issued an outbreak alert of acute diarrheal disease (ADD) after 25 municipalities in Rio Grande do Sul registered cases. There are at least 2,000 people infected since the end of August this year. See the list of cities below.

According to epidemiologists, the disease, typical of underdeveloped countries, affects more children under 5 years old. Daycare and school environments are the most common locations for these types of outbreaks.

Symptoms include diarrhea that may or may not be accompanied by abdominal pain, nausea, vomiting and fever. It can lead to severe malnutrition and dehydration and, if left untreated, leads to death, which is why medical attention should be sought as soon as the first symptoms appear.

“The contamination is usually by water and, in some cases, by food. It is a serious disease that requires immediate medical care.. There is an estimate that around 2 million people in the world die from it”, explains the epidemiologist and professor at the Federal University of Rio Grande do Sul, Paulo Petry.

In the epidemiological alert of the State Center for Health Surveillance (Cevs), it appears that the suspicion is that the contamination is associated with the ingestion of water.

Cevs advises the population to consume water only from safe sources that have a chlorine disinfection process or other technology. It also signals that it is important to clean water tanks regularly.

“These types of occurrences reinforce these preventive measures in relation to water, which must occur permanently throughout the population, regardless of the occurrence or not of these outbreaks”, comments the health specialist at the Center for Water and Food Transmission Diseases at the Cevs, Lilian Borges Teixeira.

The cases are still under investigation. The investigation and control measures are made by the municipalities, Regional Health Coordinations (CRS) and Cevs. Clinical samples from people with symptoms were sent to the State Central Laboratory (Lacen) in Porto Alegre. Water samples have also been collected in some of these municipalities, which are awaiting results from Fiocruz, in Rio de Janeiro.

“These outbreaks are localized. That’s why it’s called an outbreak. It originates in a circumscription. It is determined in one location. Now, Sanitary Surveillance has to identify the source,” says Petry.

Cities with outbreaks under investigation

Recommendations to the population