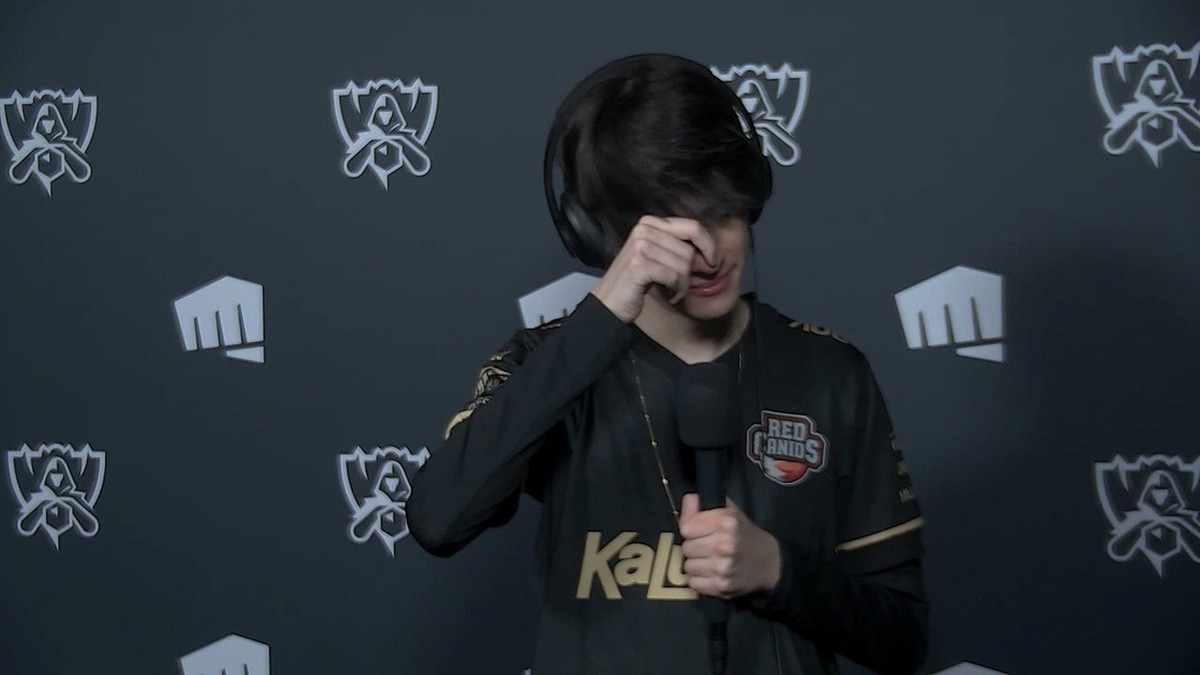 Gabriel Vinicius “Aegis” couldn’t hold back his tears after RED Canids Kalunga’s loss to PEACE of Oceania and the consequent elimination of Worlds 2021, the League of Legends World Championship, played in Reykjavik, Iceland. One of the highlights of the team, the hunter appeared for an interview, very emotional and, with teary eyes and a choked voice, said he was disappointed with his own performance, commented that the Brazilian team had a listless posture, praised the opponents and said that the campaign could have been better.

RED Canids reached the first best-of-five streak (md5) after a win and three defeats in Group A of the Entry Phase. This Friday’s md5 match was worth qualifying for another md5 duel this Saturday, from which the winner will leave with a spot in the Group Stage.

Matilha tried and even had good performances, but lost to PEACE 3-2, saying goodbye to the championship, also failing to take Brazil to the Group Stage of the LoL World Cup. Since the creation of the Entry Phase in 2017, Brazilian representatives have never advanced to the Group Phase.

“We could have gone further, yes, but we fell here. I had one of the worst series of my life individually. We fell here, there’s not much I can say. We had a lot of expectations, we were doing very well, improving a lot and very united. But, there’s not much to do. They really played better in this series,” lamented Aegis, in an interview with ge after the elimination.

The hunter said that RED Canids did not understand the PEACE game and acted apathetic and reactive, and the team’s style is to be proactive.

— I think we didn’t read them right, we could have had a much better plan to play the other games, both draft and game. And I also think we were a little flustered in our in-game decisions. This ended up leading to a lot of bad plays and we were more apathetic, playing more reactive than being a proactive team, which is our strength.

The athlete from RED Canids praised the opponents, especially regarding the intelligence in choosing the characters for the matches.

“They’re a pretty smart team in the draft. In the game that got Poppy, it was great to have Poppy and we made the mistake of getting Sylas. We could have caught a half mage, who would be good against the half enemy. It was our best scenario and we gave them a really good angle for them to catch Poppy with Aatrox in the middle, and we only realized that when we did. It was very smart of them, and it turned out that that one played there, we still had full conditions, but it was more complicated to play because of Poppy, a very good idea.

It was when commenting on his individual performance on the series and answering about why he was crying that Aegis had the most emotional moment in the interview.

— Very sad, honestly… I didn’t have a good series, I didn’t get to help my team much in this series. And… pretty disappointed,” the player said through his tears.

In assessing the RED Canids campaign at the World of LoL, Aegis stated:

Aegis recalled that he, top Guilherme “Guigo” and midfielders Daniel “Grevthar” and Adriano “Avenger” had their first experience in the Brazilian LoL Championship (CBLOL) this season 2021. RED Canids is a team formed by young players, most of them created in the base division of the club.

Despite his success in his first year competing in the most important LoL competition in the country and having made it to the Worlds, Aegis got emotional again when talking about the elimination.

— When you lose, you’ll kind of stop playing, you know, you’ll go on vacation. And I don’t think anyone here wanted to stop playing. That’s my biggest sadness,” Aegis finished.

Worlds 2021 continues this Saturday, with the decisive clashes of the Entry Phase. Hanwha Life Esports (South Korea) and Beyond Gaming (Taiwan) face off at 8:00 GMT, while Cloud9 (North America) and PEACE (Oceania) play at 13:00. The winners of the two duels advance to the Group Stage, joining the 12 teams directly classified and the first placed teams from the initial stage of the Entry Stage – the Chinese LNG Esports and the Japanese DetonatioN FocusMe.