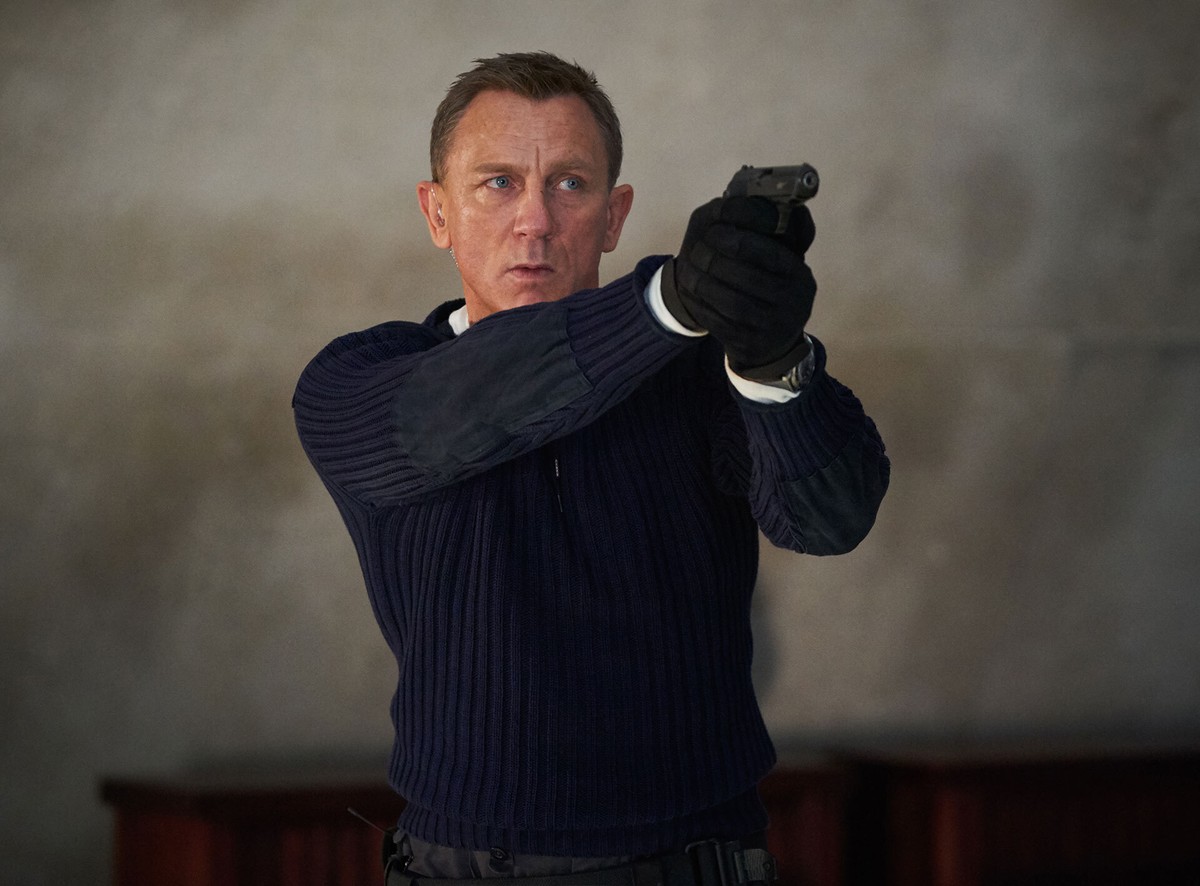 Agent James Bond’s newest movie, “007 – No Time to Die,” opened in theaters recently. And, as usual, the protagonist appears with state-of-the-art devices, such as the Nokia 8.3 5G cell phone, a premium smartphone from the Finnish brand. See below for a list of this and other devices used by the most famous spy on the planet.

The equipment used by the agent in general is synonymous with elegance and sophistication. Thus, companies such as Sony, Samsung and, more recently, Nokia, invested in the film’s advertising to promote the brands and their products worldwide.

Custom project for the movie “007 – Tomorrow Never Dies” (1997), the Sony Ericsson JB988 has features that would make any spy jealous: taser, external digital reader and even a remote control for the car, with a built-in camera. Obviously these features are only in the world of fiction, as the cell phone was never properly sold by Sony. However, it fulfilled the role of opening the doors for all the brand’s devices that came next in the franchise.

Used by the character Jinx (Halle Berry) in “007 – A New Day to Die” (2002), the Sony Ericsson T68i is a feature phone that hit the market in the year of the film’s release. The screen resolution is not the best: 101 x 80 pixels. The camera also leaves a lot to be desired, with VGA resolution.

While in real life the cell phone stands out for the battery longevity provided by 700 mAh, in the film the highlight is more explosive, since it is used as a bomb.

Used by the villain of “007 – A New Day to Die” (2002), the Sony Ericsson P800 had interesting features. Equipped with the Symbian system, the phone used a memory card in Sony’s own format, the Memory Stick Duo.

In addition, the cell phone was powered by a 1000 mAh battery. The promise is that the device would withstand up to 400 hours on stand by – more than two weeks away from the socket. The device’s biggest highlight, however, was its flip with a built-in keyboard.

Featured in “007 – Casino Royale” (2006), the Sony Ericsson K800i debuted the Cyber-shot era on Sony Ericsson handsets. The name refers to Sony’s line of compact cameras, which were incorporated into the cell phone. The camera had 3.2 MP, which was a considerable amount for a handheld camera, and it sure was a big standout in cell phones. Just compare it to the best phones at the time, like the Nokia N93, which also offered a 3.2 MP camera.

Also released in 2006, the Sony Ericsson M600i featured a QWERTY keyboard and a resistive touchscreen for use in conjunction with a stylus. The Symbian system recognized writing in English. This phone also appeared in “007 – Casino Royale” (2006), in the hands of James Bond himself (Daniel Craig).

Another device from the Cyber-shot line, the Sony Ericsson C902 has raised the potential of cameras in cell phones. The 5 MP in the middle of 2007 made the device one of the best at the time, owing nothing to large smartphones launched that year, such as the Nokia N95 or the 1st generation Apple iPhone.

The device was so far ahead of time that the camera has a prominent role in “007 – Quantum of Solace” (2008) thanks to photos taken by James Bond.

In 2012, smartphones were already looking more like current models, and Sony’s best phone was in the hands of agent 007. The Xperia T had 16GB of internal memory, 1GB of RAM memory and a powerful 13MP camera.

None of this, however, was shown in “007 – Operation Skyfall” (2012). At least the 4.5 inch touch screen and HD resolution evidenced the visual quality of the device.

In “007 – Contra Specter” (2015), Sony presented one of the best devices ever manufactured by the company. The Xperia Z5 featured a Snapdragon 810 processor, 32GB of internal storage, 3GB of RAM and a 23MP camera that filmed in 4K. Unfortunately, none of these aspects are shown in the film, but it is undeniable that the device brought elegance to the franchise.

Another feature phone, this time in “007 – Contra Spectre” (2015). The phone used by Moneypenny (Naomie Harris) is the film’s main contact with the spy. Launched in 2014 and already discontinued, the device featured the possibility of using a micro SD card to expand the memory up to 16 GB, a 5 MP camera with flash and 3G internet.

The latest generation of cell phones in the hands of James Bond belongs to HMD Global, the current owner of the Nokia brand. Part of the cell phone launch campaign was built on “007 – No Time to Die” (2021), in the hands of the new agent played by Lashana Lynch. And were it not for the delay of the movie, the cell phone would have been able to fight for the position of best smartphone of the moment. And he has qualities for that, starting with the 64 MP camera with Zeiss lenses, a brand known for its quality.

In addition, the Snapdragon 765G processor is the same as the Google Pixel 5, and already has 5G technology. Finally, the 128GB of internal memory and the 8GB of RAM memory should ensure that everything works fine, along with the 4500 mAh battery. Although it is not on the Nokia store in Brazil, you can find it in online retail for R$ 4,195.

With information from Techradar and GSM arena.