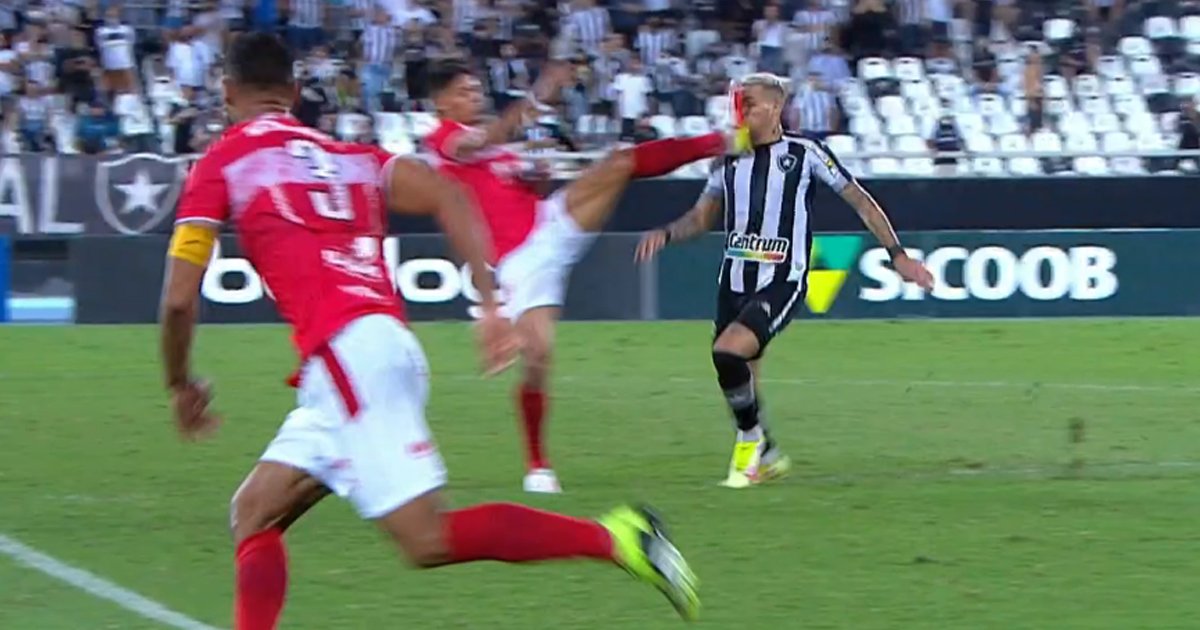 Commentator Walter Casagrande Jr., from Grupo Globo, was outraged by the defender’s kick Caetano, from CRB, on the center forward’s face Rafael Navarro, of Botafogo, in the first half of Alvinegra’s 2-0 victory this Friday, for Série B. The defender of the team from Alagoas was sent off.

According to Casagrande, Caetano had no intention at any time to dispute the move, but rather to hit Botafogo’s No. 99 shirt.

– I’ve never seen a move fromthat was absurd. The ball had already passed, he caught the Botafogo player later. The ball is low, bouncing low, what he did was not to catch the ball. He didn’t make a kicking movement, he made a sole movement, even a blow! I found it very disproportionate! It was very ugly. Let’s suppose he made the move to kick the ball: from the hole to the face, he could shrink his leg – analyzed Casagrande in SporTV’s “Exchange of Passes”.

In the match summary, referee Antonio Dib Moraes de Sousa (PI) did not share Casão’s opinion and reported that he expelled Caetano for “excessive force in the ball dispute”.

“I directly expelled athlete number 04, João Victor Andrade Caetano, from the CRB team, after hitting with a kick in the face of his opponent, athlete Rafael Navarro Leal, in the ball dispute using excessive force. The affected athlete needed medical attention, then remained in the match. I further inform that the expelled athlete left without any problems“, wrote the judge.