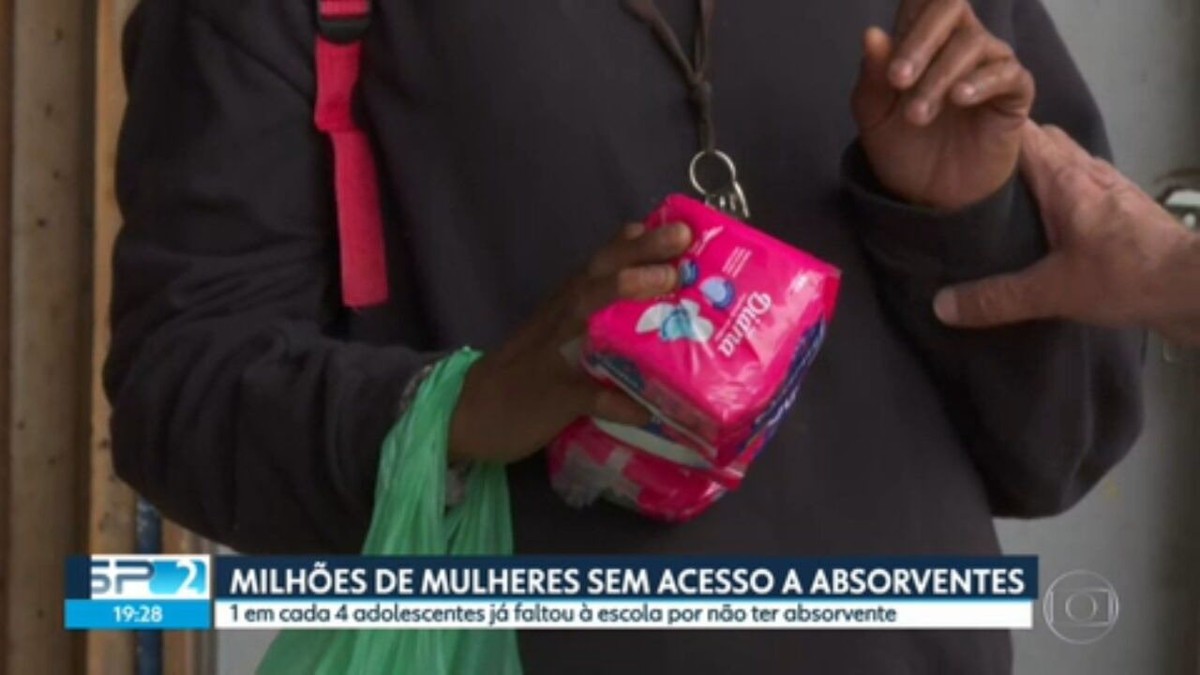 Menstrual pads were distributed this Saturday (9) for people in social vulnerability in São Paulo. The action began at Viaduto Alcântara Machado, downtown, and was promoted by Father Júlio Lancelotti, from the Pastoral do Povo de Rua, and by the feminist group “Juntas”.

Rosângela dos Santos, who has lived on the streets for a year, stated that it is not always possible to buy the item of personal hygiene.

“Sometimes you have to put two pants, one on top of the other, so as not to stain. Or use toilet paper when I don’t have it. Then it gets boring, right? I have this little thing here (points to the child in her lap), it doesn’t stop and ends up bothering me. It’s not easy for me,” he said upon receiving the donation.

Residents of an occupation in the East Zone also received the tampons. In all, five hundred packages were distributed.

“It is a basic need and it is a fundamental human right, the right to menstrual health, to health, to dignity. They often have to use toilet paper, newspaper or some other undignified expedient, which is incompatible with human dignity,” said Lancelotti.

This Saturday’s action is intended to draw attention to menstrual poverty, an issue that gained visibility after President Jair Bolsonaro’s veto of a bill that provided for free distribution of the items. (Read more below)

Since 2014, the United Nations (UN) considers access to menstrual hygiene an issue that needs to be addressed as a public health and human rights issue.

The problem even affects the education of teenagers. UN data show that, in the world, one in ten students does not go to class during their menstrual period. In Brazil, the situation is even more serious: one in four students has already stopped attending school for not having a tampon.

Claudia Dagmar is unemployed and has six children. Three are teenage girls. Homeless for three years, they manage as they can. Every month, without the guarantee of being able to buy tampons, they live with discomfort and health risks.

“You have to try to turn around. Ripping an old cloth, trying to turn around as best you can, right? It’s the way, but it’s risky to get an infection. Because absorbent is a necessary thing”, says Cláudia.

Many women do not have access to tampons and forms adapted to contain the flow can pose health risks — Photo: Alice Sousa/G1

President Jair Bolsonaro vetoed this Thursday (7) the free distribution of tampons. The decision brought the concept of “menstrual poverty” and the difficulty of promoting public policies capable of welcoming low-income students from public schools and people living on the streets or in extreme vulnerability.

1 – Menstrual poverty, what is it?

Menstrual poverty, according to UNICEF, is the situation experienced by girls and women due to lack of access to resources, infrastructure and knowledge so that they are fully capable of taking care of their menstruation.

According to data from the United Nations (UN), in Brazil, 25% of girls between 12 and 19 years old stopped going to class at one time because they did not have pads.

Lack of pads and information: according to a UNICEF report, more than 60% of girls worldwide are not sufficiently informed about menstruation, which can make the first cycles traumatizing.

According to specialists, many people in situations of menstrual poverty are unable to carry out three to six daily pad changes, as indicated by gynecologists, remaining with the same pad for many hours.

With a menstrual cycle lasting from five days to a week, a girl can spend R$10 to R$15 per month on tampons alone. One in four young people has already missed class because they cannot buy tampons, points out anthropologist Mirian Goldenberg, a researcher at the Federal University of Rio de Janeiro.

2 – What did the bill provide?

In the proposal, basic hygiene items should be distributed to low-income students from public schools and people living on the streets or in extreme vulnerability. Should be benefited:

In the decision of the veto, Bolsonaro argues that the text of the project did not establish a funding source. The approved text provided that the money would come from resources allocated by the Union to the Unified Health System (SUS) – and, in the case of inmates, from the National Penitentiary Fund.

Reporter Profession: with little information, menstruation is a rare subject among young Brazilians

With little information, menstruation is a rare subject among young Brazilians

VIDEOS: See more about SP and the Metropolitan Region