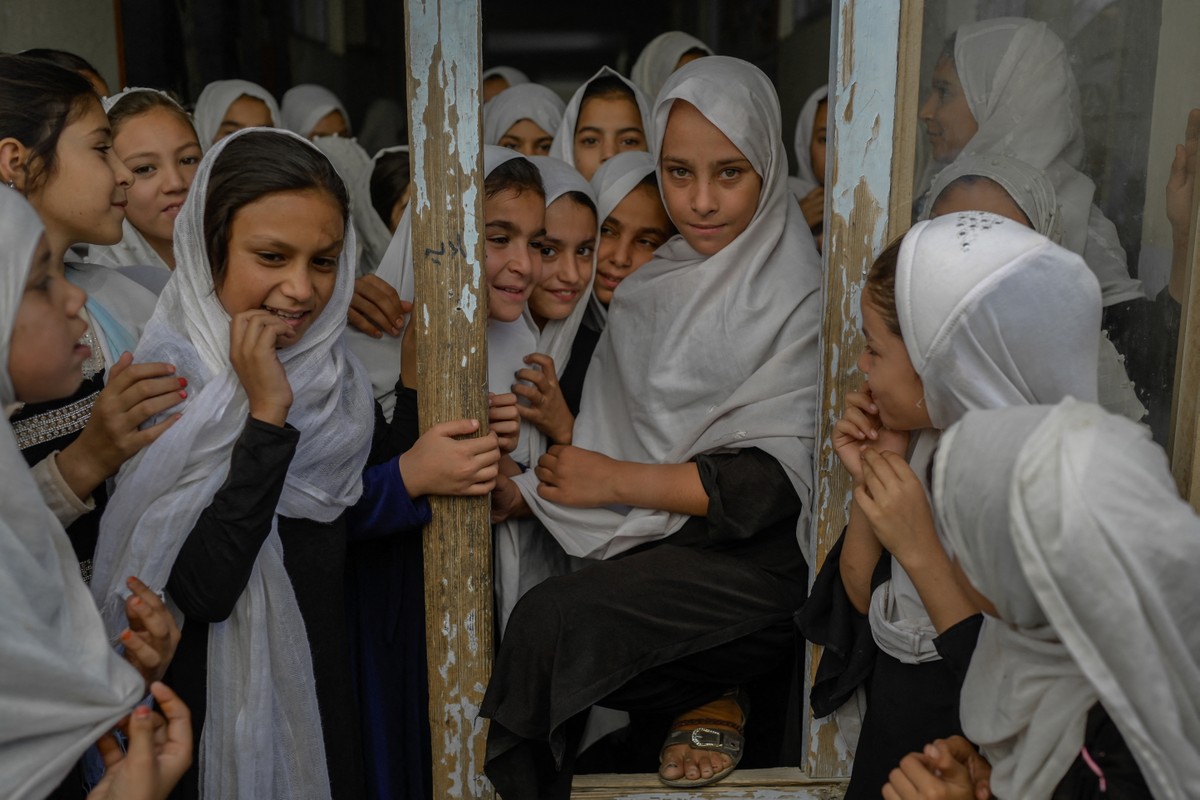 In Kandahar, cradle of the Taliban in the Afghanistan, hardly any women have been seen on the streets since the return to power of Islamic fundamentalists. But Fereshteh, Fauzia and other colleagues try to overcome their fears to continue working or studying.

Fereshteh and Zohra are about the same age, 23 and 24, and the same fear: that a Taliban will approach in surprise and throw acid in their faces.

Since its return to power in mid-August, the Taliban has not physically attacked women who study or work in Kandahar (south), according to several testimonies. And the last acid attack on students in the same town dates back more than a dozen years.

But the memory of the 1990s, when the Taliban prevented women from working, studying or going out alone or without a burka, is enough for them to abandon the long, dusty commercial avenues of Kandahar.

The few women seen on the streets are like shadows in burkas, running through the stores, shopping bags in their hands.

“Before, we were happy to come to work, now it ails us,” says Fereshteh Nazari, director of the Sufi Sahib girls’ school in Kandahar to AFP.

“On the street, the Taliban don’t say anything, but you can see they’re looking at us askance.”

At the school where she works, “most parents no longer send their daughters over 10 to class” because “they don’t feel safe anymore”.

What to expect from the future of women in Afghanistan?

“In addition to shopping, which we do very quickly, we’re not going anywhere anymore, we’re going home very quickly,” confirms Fauzia, a 20-year-old medical student who prefers not to reveal her real name for security reasons.

Men, on the other hand, enjoy chatting for hours on the sidewalk, in restaurants or “shisha” bars.

Zohra, a math student who also doesn’t want to give her real name, has decided to stop going to class, like many of her friends, after rumors of possible acid attacks.

“For me, life is more important than anything else,” he says.

But others cannot afford it, like Fereshteh and her fellow teachers, who are awaiting their salaries, frozen since the fall of the previous government nearly two months ago.

“We might end up begging at the market,” sighs the young director, a brunette with big black eyes highlighted with kohl, who wears a black scarf embroidered with glittering sequins in her hair.

“We don’t have any more money. My husband has lost his job and I have to feed our two children,” explains a colleague from Fereshteh, who prefers not to give her name and who, like many women in Afghanistan, says she is “depressed”.

Fauzia is also in trouble. An orphan, she is responsible for feeding her four siblings aged between 13 and 17 years. Until August, he worked at a local radio station, where he gave voice to commercials.

But after taking over the city, the Taliban “posted messages on Facebook saying they didn’t want any more music or female voices on the radio,” said one of the station officials.

“We stopped and it’s a shame because women’s voices work better to attract public attention,” she adds.

Since then, Fauzia has left her résumé all over the city, mainly for teaching positions. But everything seems stagnant. “They tell me to wait,” he says.

But he starts to despair, because “the Taliban doesn’t say anything anymore”.

Officially, fundamentalists deny wanting to return to the extremist regime of the 1990s. “We do not forbid women anything,” said Mullah Noor Ahmad Saeed, one of the Taliban leaders in Kandahar province.

“If they don’t feel safe or don’t go back to work, that’s their problem,” she said, indifferently. The Taliban, who will follow “the rules of Islam” above all, “are still studying” the matter, he added, without giving further details.

Fauzia sees social pressure increasing, even in her own home. “My brother tells me to cover my face, not to see my friends anymore, not to go anywhere except school.”

In the schoolyard, one of Fereshteh’s students, 12-year-old Shahzia, misses the previous government, which had promoted girls’ education. “We want freedom”, but in reality “we will have to do what they tell us, otherwise we will have problems”.

VIDEOS: see the latest from g1