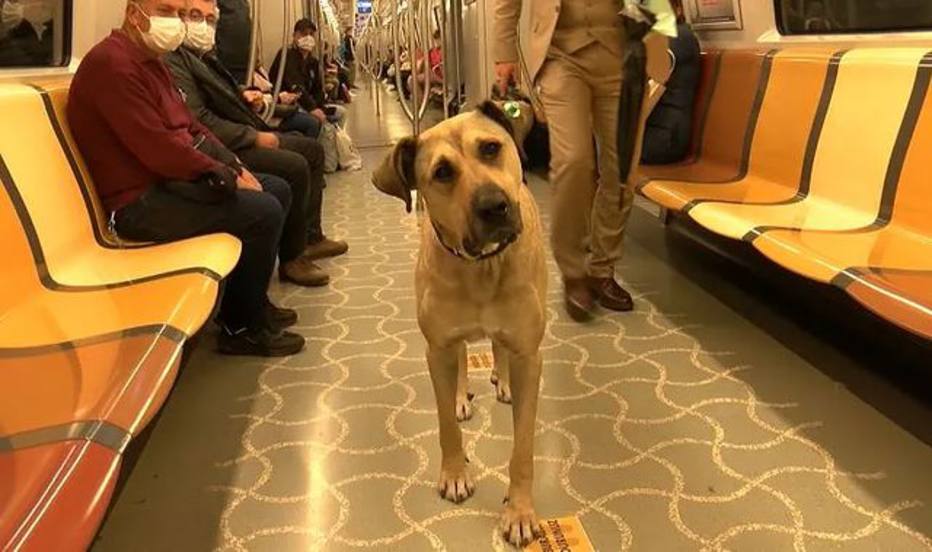 Don’t be surprised if you take public transport in Istanbul, Turkey, and come across a dog as a passenger. It is Boji, who travels every day to some parts of the city on buses, trains, subways and even ferries.

The animal became a local celebrity and attracted the attention of the department that takes care of transport a few months ago. According to the agents, it is as if the dog knows exactly where he is going whenever he gets in and out of a vehicle.

“Two months ago, we noticed a dog trying to use our trains, subways. He knows where he’s going, he knows when to get out, and it was really interesting. So we started following him and we noticed an interesting pattern, as if he knew to go and have a purpose,” Aylin Erol, head of consumer relations at Istanbul Metro, told CNN.

Boji travels about 30 kilometers and visits at least 29 subway stations a day. This was only possible because, in mid-August, public transport officials took him to a veterinarian for tests, who implanted a microchip in the animal’s ear. The device is connected to a mobile app, which allows the department to track the four-legged passenger.

In addition to being seen walking through the stations and decently sitting on a bench, the dog is sometimes caught taking a nap. A Turkish newspaper that spoke to passengers reports that the dog is polite, calmly enters and exits transport and makes room for others.

An Instagram profile was created for Boji, in which he also appears posing alongside passengers. A prominent personality, he has more than 23.6 thousand followers on the social network.