Facebook has just judicially (and virtually) ban a developer – that is, prevent you from creating any kind of app or service that is asocial to the company or any of its products.

This happened because Louis Barclay he simply developed an extension called Unfollow Everything, which allows the user to unfollow all their connections at once, and prevents group and page notifications from being sent.

Although this type of action is not prohibited by Facebook, it must be done manually, and not through a third-party app (in the second case, it violates the social network’s usage policies). 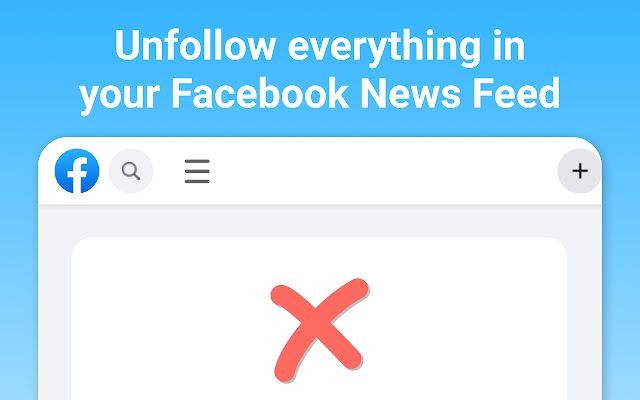 After deleting connections and not receiving notifications from pages and groups, the user is basically without the News Feed – yes, nothing appears there.

Still, friendships, pages, groups are all maintained and posts can continue to be viewed if the user enters, for example, a profile of another person or one of the pages or groups of interest to him.

The idea of ​​Barclay’s tool was to remove “visual pollution” from Zuckerberg’s network and give the user full control over what he wants to see, bypassing, in a way, Facebook’s algorithms.

Barclay claims that after getting rid of News Feed, he was less tempted to continue using the app and scrolling endlessly to see the content, and as a result, his usage time decreased.

In a recent article for Slate, where he accuses Facebook of taking anti-competitive measures against consumers (by not offering them freedom) the developer claims that his “addiction” to Facebook has become manageable.

After the release of Unfollow Everything, soon Mark Zuckerberg’s team sent a letter to Barclay asking him to give up on his project. After refusing to do so, he had all his accounts (Facebook and Instagram) deactivated, as explained in the following post:

In case you were wondering, this is an extremely aggressive cease-and-desist letter from Facebook looks like:https://t.co/MEjVbdoqe8

Among Facebook’s demands was one that ordered, among others, the developer to deliver to the company a list of each of the domains it has, along with all the Facebook and Instagram accounts he created, developed or controlled.

He too was forced to reveal all the products he developed that interacted with Instagram, Facebook or any of the company’s services, including apps and APIs used.

All of this (and a few more things, which were detailed on Barclay’s blog) should be sent to Facebook within 48 hours of the letter being received and failure to comply with orders or non-response would be classified as “misconduct” by the company .