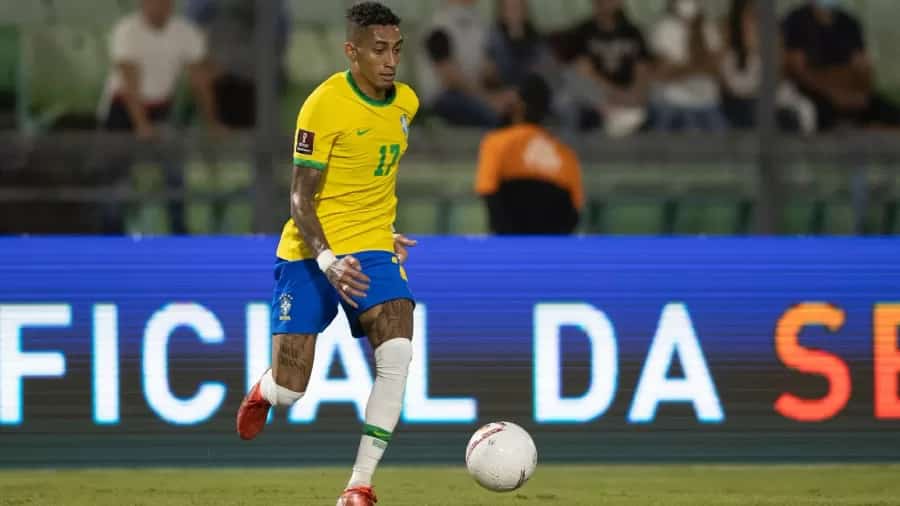 Anyone who watched the game of the Brazilian team on Thursday night (7), against Venezuela, may even have slept in the first half. In the second stage, coach Tite placed Raphinha, a rookie player who participated in the three goals in the victory by 3×1 in the World Cup qualifiers. And that player could have been formed by Grêmio.

The guy gave two assists and one more, in a goal disallowed for offside. He entered the break, in the vacancy of Everton Ribeiro and certainly enchanted Tite. He is the right guy to start in attack, he will turn 25 soon and plays for Leeds United, England.

In the last Premier League, he scored six goals and made nine assists in the most disputed points running championship in the world, in 30 games. In the current edition, Raphinha already has three goals in seven games. He’s the guy Brazil needs to dream of the next World Cup, not Everton Ribeiro and company…

The team’s new star could have been Grêmio

But where does Grêmio fit into this story? The player was born in Porto Alegre and raised in Restinga. He started his career in football at the Udinese Futebol Clube institute, and tried for a place in the tricolor gaúcho. His great idol is Ronaldinho.

However, he supports the International and also failed in Colorado. When he was nine years old, he used to play with kids aged 13 and 14. The young man stopped at Porto Alegre, team of the Assis Moreira brothers, but the project did not follow and he traveled through the floodplain, until he went to Audax in São Paulo, passed through Avaí and then left for Europe.

“I’m from the South and I know how things work. There, for you to take revenge, you have to be strong and big. Many coaches are prejudiced. They think football is physical strength, beating and with that the bigger kids have more opportunities. He was always scrawny, but he was scrawny”, said Clayton Padilha, in an interview with Estadão, a friend of the player.