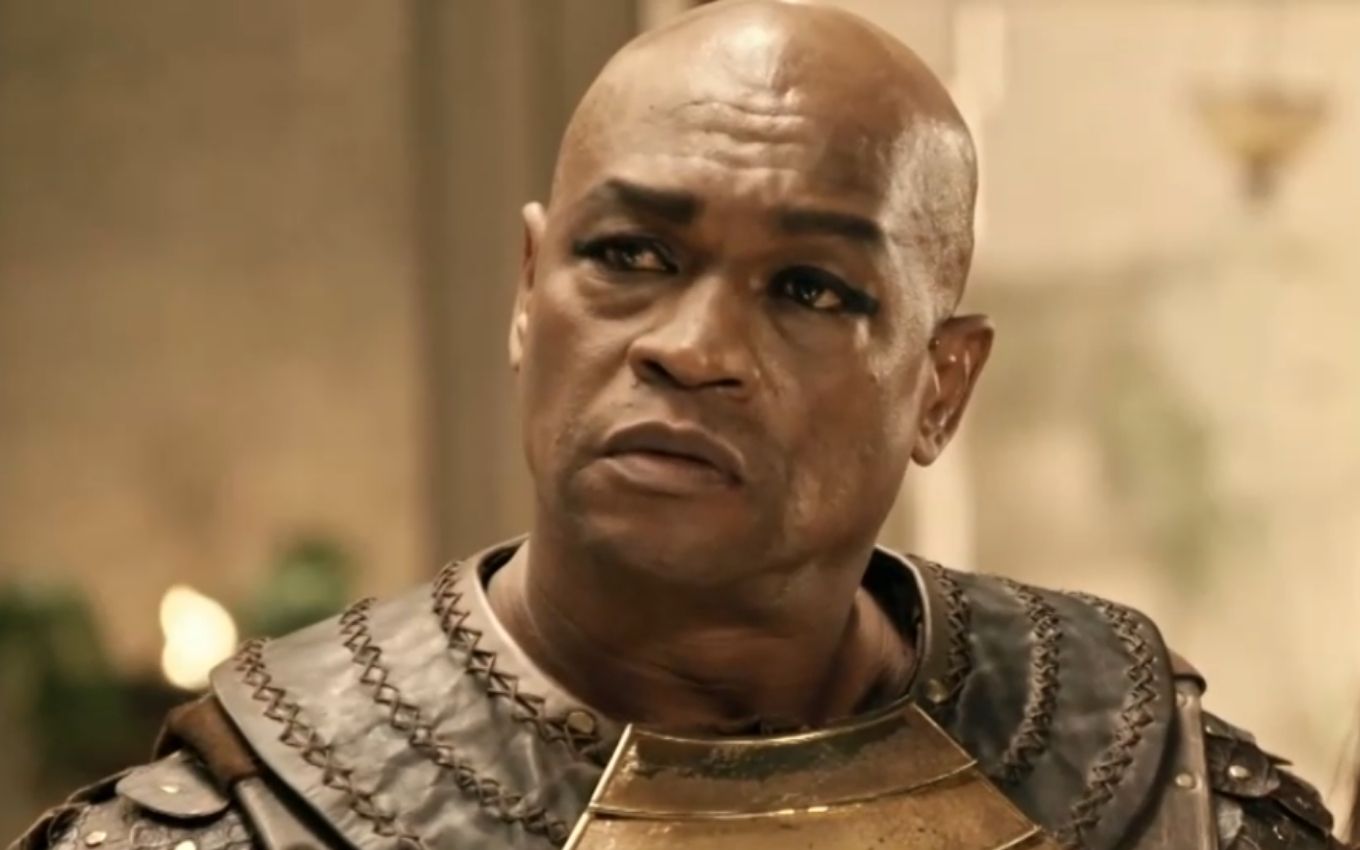 Interpreter of Potiphar in Genesis, Val Perré became José’s executioner (Juliano Laham) in the current phase of Record’s biblical plot. Last week, the general flew at the slave’s neck, believing that the slave had tried to abuse his wife, Neferíades (Dandara Albuquerque). After beating the boy, who is innocent, he sent him to jail. For the 52-year-old actor, all the evil seen on TV could be worse; he argues that his character is far from arbitrary.

“I don’t think Potiphar is unfair. In the plot, he is forced to make a decision on the accusation of Joseph’s harassment against his wife. He has power and could kill him if he wanted to. However, the general did not believe the story. told by Neferíades, that’s why she decided to arrest him — instead of committing an injustice, such as killing him”, analyzes for the TV news.

At the current stage, the head of the Army is in a marriage dilemma. Relying on his companion’s dramatic report that he was nearly abused by Joseph, he strangled the young man in a violent beating. However, in the next few chapters, he will bitterly regret it.

The military will discover that the Hebrew is innocent when he learns that his partner has gone to bed with another man, soldier Teruel (Amaurih Oliveira). Faced with this, Potiphar, at last, will discover the devourer of men who lived by his side. Betrayed, he will have the liar’s face mutilated.

For Perré, the warrior’s dramatic plot with his failed relationship provides a lesson for the viewer of Genesis. “In the relationship of the marriage of the General and Nepheriades, the lesson that I think will remain for the public will be that love is always reciprocal. It teaches so many things, that it goes beyond not trusting others with your eyes closed. what remains is the commitment and loyalty he has to everything and everyone.”

In fact, when he sees that the Hebrew never committed any crime, Potiphar will be surprised by the young man’s good nature. He will be amazed to learn that the slave did not escape when he had the opportunity and will notice that the guards don’t even lock the cells, because they know there is no risk of escape.

Perré was cast in Genesis in 2019. Because of the pandemic, the interpreter faced the recording stoppage, which turned out to be good for his lab. “I had a lot of time to prepare myself for the construction of the character. I had meetings with the cast and preparers for rehearsals, readings, workshops with a historian and I saw some documentaries”, he recalls.

Dandara Albuquerque and Val Perré in the soap opera

Upon returning to the studios, he admits that he feared the Covid-19 in the face of the new normal, with constant testing. “Recording during a pandemic was an expectation every day. It was tense, I was afraid of catching the disease, transmitting the disease, losing friends from the set, stopping the set or not having the recording on the scheduled date. This expectation of everything stopping the at any time. I was and am still afraid. And even today I am very restricted to going out, I avoid parties and crowds”, he highlights.

Quarantine and industry outage hurt the veteran off television. When everything stopped, he was on stage with the show Solano, Vento Strong Africano. “For him, I was nominated as best actor at the 2020 Shell Award, whose event didn’t even happen because of the pandemic,” he laments.

As driver Cristóvão, he became the lover of the villain Beatriz, but what most marked him were not the hot scenes. “One curiosity was driving a Jaguar at 120 km/h in Aterro do Flamengo [no Rio de Janeiro]”, has fun.

Of the last characters, the biggest highlight was Raul from Elizabeth Jhin’s serials. In the spiritist plot with two phases, he gave life to an ex-slave and a photographer. In both parts, the love story with Gema (Louise Cardoso) raised a debate about prejudice.

“Living Raul and acting with Louise was wonderful and very special to me. The racial issue suffered by the character both in the first phase, when he is a newly freed man, and in the second phase, when he is a renowned photographer and well -successful… It is clear that the social condition of blacks does not matter, but their color”, he observes.

“Thus, I can say that structural racism is what defines that black people do not have the same rights. Living this on stage was an opportunity to denounce this system that insists on oppressing us”, he concludes.