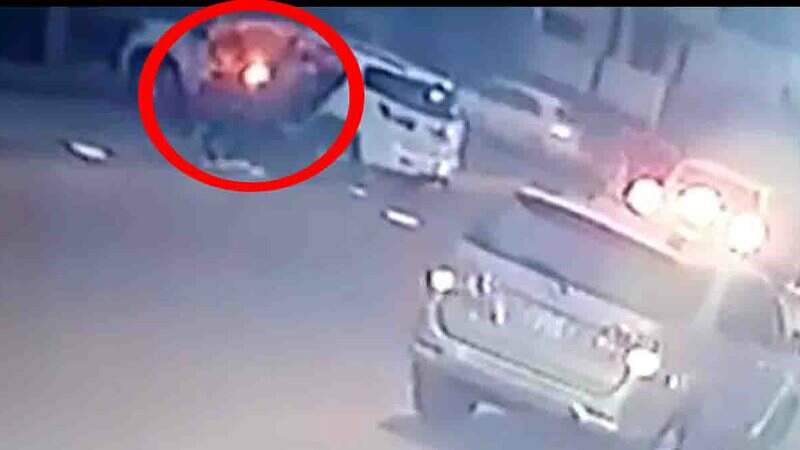 Video obtained by Mediamax Newspaper shows the moment when 4 people are executed at the borderMato Grosso do Sul with Paraguay, in the early hours of the morning of this Saturday (09). Among the victims is the daughter of the governor of Amambay, Paraguay, Ronald Acevedo, 21-year-old Haylée Carolina Acevedo.

The images show the victims going to a white SUV, at which time the three shooters run to the vehicle to fire their shots. It is possible to view the flashes of firearm shots.

Preliminary information indicates that only one of the victims would have been shot by more than 30 shots. According to the Paraguayan police, there were more than 100 rounds of rifle shots of various calibers and there are no traces of the killers.

The action is very fast and only lasts 10 seconds. After executing the victims, the gunmen run away and it is not possible to see which vehicle they entered.

Medical students Kaline Reinoso, aged 20, resident of Dourados (MS), and Rhannye Jamilly Borges Oliveira, 18, from Cáceres (MT) were in the vehicle ambushed by criminals. Paraguayans Omar Vicente Álvarez Grance, 32, who drove the vehicle, and Haylée Caroline Acevedo, 21, daughter of the governor of the province of Amambay, Ronald Acevedo, also died.

National Police managed to identify the four victims of the attack

The group was leaving a party around 6:30 am when the car they were in was approached by another vehicle.

Kaline was hit by 14 shots, while Rhannye received ten shots. The two Brazilians studied medicine at the Central University of Paraguay (UCP), Pedro Juan’s campus. Omar and the governor’s daughter were hit by more than thirty shots.

Two other people in the vehicle, Bruno Elias Pereira Sanchez and Rafaeli Nacimento Alvarez, both 20 years old, were shot and taken alive to a private hospital. Paraguayan police believe that Omar would be the main target of the attack. Another line of investigation is political crime. At least ten candidates for the municipal elections taking place this Sunday (10), in the neighboring country. A brother of the governor, José Carlos Acevedo, licensed mayor of Pedro Juan Caballero, is running for a new term as mayor of the city.

The Acevedo family dominates the political scene in the region, which borders Brazil. A brother of the governor, then-senator Robert Acevedo, was attacked in 2010. He was shot twice, rescued and survived, but two security guards died in the attack. At the time, the Paraguayan politician and police attributed the crime to the First Command of the Capital (PCC), a São Paulo faction that has ramifications in Paraguay. The Public Ministry appointed a team of prosecutors to accompany the investigations.

In Ponta Porã, on the Brazilian side of the border, councilor Farid Afif (DEM) was shot dead in the late afternoon of Friday, 8, when he was pedaling his bicycle in the central region of the city. When approached, he still ran towards a vehicle store, but was chased and shot by the snipers. The rescue service was activated, but he already found the parliamentarian lifeless. The Civil Police of Ponta Porã investigates the crime.