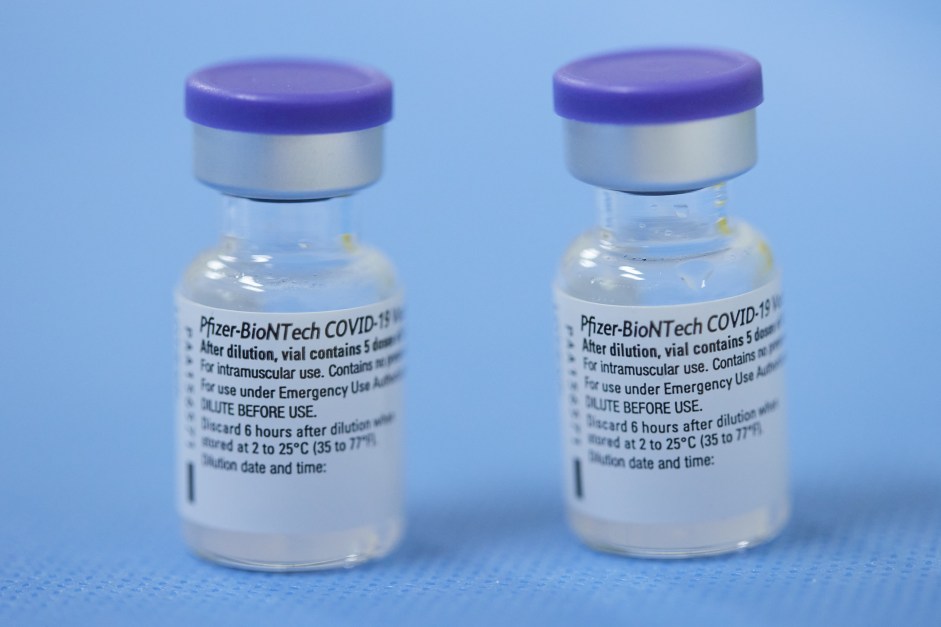 There is little doubt now – in study after study, in real life and in laboratories, in the United States and elsewhere – that people’s immunity starts to wane a few months after finishing the two-dose series of Pfizer vaccine against Covid-19 .

Although administering two doses of the vaccine creates a strong immune response that reduces the risk of serious illness by more than 90%, protection against milder, asymptomatic infections gradually diminishes.

Therefore, Pfizer has applied for and received authorization from the Food and Drug Administration (FDA), the US health regulatory agency, to add boosters for people who received the vaccination more than six months ago.

But should the others be looking for backup too? How worried should people be?

“I think we expect immunity to slowly decrease over time, but that’s not a reason for people to panic,” explained Ann Falsey, an expert in respiratory viral diseases at the University of Rochester School of Medicine.

“It’s not like you suddenly one day are completely susceptible, like you were before you were vaccinated,” added Falsey, who is helping to conduct clinical trials of the Covid-19 vaccines.

“The vaccines are all working very well – Pfizer, Moderna and Johnson & Johnson – for serious illnesses,” Falsey told CNN. “Now, that doesn’t mean we can’t get to a point where we really need people to be boosted up to prevent more serious illnesses. But in fact, most invasive infections are colds, perhaps flu-like illnesses – not the scary illnesses we faced before. So my main message is: don’t panic. You’ll be fine”.

That didn’t stop the Americans from crowding in for reinforcements. Last week, there were more people receiving the booster dose than records of first dose given on the same day against Covid-19 in the country.

On Friday, more than seven million Americans received booster doses of the third round of vaccines authorized for people with immunocompromising conditions who likely did not get adequate responses to the first two doses.

This week, two more studies added to the evidence that immunity from Pfizer’s vaccine diminishes.

A study from Israel covered 4,800 healthcare professionals and showed that antibody levels decline rapidly after two doses of the vaccine, “especially among men, among people aged 65 and over, and among people with immunosuppression.”

A second study from Qatar showed that Pfizer vaccine protection peaked in the first month after vaccination and then began to wane.

“These findings suggest that a large proportion of the vaccinated population may lose their protection against infection in the coming months, perhaps increasing the potential for new waves of epidemics,” the team wrote in a report published in the New England Journal of Medicine.

How can protection diminish against mild or asymptomatic infections and remain strong against serious illness?

It’s because the human immune system is complex.

Antibodies form the first line of defense, preventing a virus from entering some of the body’s cells. This is the protection that starts to wear out over time.

But there is a second line of defense – cell-based immunity. Cells called B cells and T cells may take longer to generate than antibodies, but they provide a broader and longer-lived defense against infection and are responsible for decreases in serious infections.

So while people may be susceptible to mild illness after being vaccinated, they are much less likely to actually get sick, end up in hospital, or die.

The US Centers for Disease Control and Prevention (CDC) has been stressing for months that this is why even fully vaccinated people need to continue taking precautions against infection – wearing masks when around many other people who may or may not be vaccinated , especially indoors, and preferring well-ventilated places.

The FDA is considering applications later this month from Moderna and Johnson & Johnson to authorize booster doses of their vaccines. Anthony Fauci, director of the National Institute of Allergy and Infectious Diseases, said he believes a third dose of the vaccine will become part of the standard regimen for Covid-19.

“No need to break into pharmacies and panic”

Everyone else should calm down for now.

“They just don’t have to break into pharmacies and panic,” Falsey said.

People should not receive booster shots if they have had a second dose of Pfizer vaccine less than six months ago. According to the health professional at a White House briefing last month, this will cause them not to get the best immune response.

“There will be temptations, for example, for people who have been vaccinated recently, not to wait for a period of six months,” reinforced the doctor. But waiting several months after the initial immunization for a booster helps produce a stronger response.

Immune system cells that help restore declining immunity respond more robustly if they are allowed to enter a resting state after the first round of vaccinations.

That said, most people should eventually plan to receive reinforcements, Falsey said.

“It will likely be true for any of the vaccines, not just Pfizer – we will benefit from increased immunity. That’s not the same thing as saying it’s sorely needed,” she said.

Although people who have recovered from an infection have some protection, they are even more protected if they are vaccinated as well.

“I think that just relying on your own natural immunity, because you feel like a strong person, is like playing Russian roulette,” he said. Even young and apparently healthy people became seriously ill from Covid-19 and died from it.

“I would never rely solely on my natural immunity to resist this virus. It’s a very, very bad agent,” Falsey said.