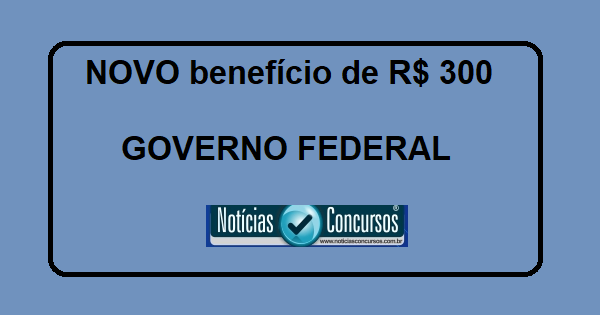 Attention, Brazilians! A great opportunity is expected to be announced soon: The creation of new benefit of up to R$300 by the Federal Government. The purpose of the proposal is to pay the amounts of BRL 200 and up to BRL 300 for young people who are neither working nor studying. For that to happen, the objective is to close partnerships with Brazilian companies.

The idea was passed on through the Minister of Economy, Paulo Guedes. According to the minister, the idea is to find companies that are willing to deliver training programs for these young people. Whoever wanted to participate, the Federal Government would grant a bonus. And there are already companies on the radar.

It turns out that according to Guedes, Microsoft would be the first company to participate in the project. According to the minister, the technology giant has already offered something around 5 million courses. In theory, therefore, the Government would already have, at least, these places available for the program still in 2021.

Guedes did not make it clear, however, what would be the source of funds for this project. He just said that the Federal Government is going to put this program into action with the objective of increasing the level of employment in the country. It is not known for sure how much the Palácio do Planalto could end up spending on these payments.

Today, according to Paulo Guedes himself, the Government would be concentrating all its forces on the new Bolsa Família. The program, which, by the way, should be renamed Auxílio Brasil, should enter the scene as of next November. At least that is what is known so far.

Although he does not talk about the source of this income, Paulo Guedes made it clear in the interview that the program will come off the ground. He said this would be a way to get these people to leave their homes to look for work.

“In the same way that you give R$ 200 to a person who is unable to receive Bolsa Família, why can’t you give R$ 200 or R$ 300 to a young man?”, asked the Minister in the interview for the newspaper the Globe.

The Ministry of Economy is no longer resisting President Jair Bolsonaro’s desire to extend the emergency aid. At least that is what information in the column by journalist Leandro Mazzini, from Istoé magazine, says. According to him, Minister Paulo Guedes had already started studies on the subject.

For what is officially now, the Emergency Aid must make its last payment this October. However, members of the Ministry of Citizenship are seeing a need to extend the benefit for a few more months. The group closest to Minister Paulo Guedes would be trying to resist.

However, according to the journalist Mazzini, President Jair Bolsonaro himself would have demanded that Guedes accept the extension. So the Minister of Economy would have been left with no choice whatsoever. The idea now is to extend the Emergency Assistance, at least, until the next month of April 2022.

After a three-month hiatus without any type of payment, the Federal Government opted to resume the Emergency Aid transfers in April this year. This was because of the worsening situation from the new coronavirus pandemic earlier this year.

Now, however, the program is running in a noticeably smaller version than what we saw last year. In 2020, Planalto paid installments that could reach R$1200 for almost 70 million Brazilians.

Today, according to the Ministry of Citizenship, around 35 million people are receiving installments that reach a maximum of R$375 per month. And these levels can even fall into a possible extension.

It’s “pushing” on the Internet: