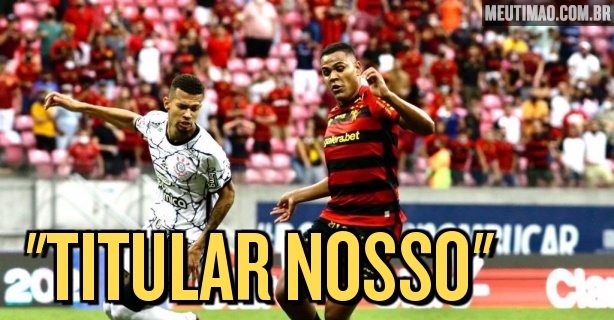 Coach Sylvinho chose to play center forward Jô in the spot of attacking midfielder Willian in this Saturday’s match, against Sport, away from home, for the Brazilian Championship. In addition to being overcome 1-0 by the hosts, the coach saw the team make the worst match since the arrival of reinforcements.

For the captain, however, it is impossible to credit the 77 shirt with the blame for the athletes’ poor performance. In his opinion, the center forward is a regular in the team and, naturally, he has preference over Adson and Mosquito, two other options for Willian’s vacancy.

“Jô is a holder of this team, one of them, there are so many. We are forming this group, some younger ones are gaining their space. They wait, they are maturing. Jô is the opposite. He is one of the top scorers of the team, a reference,” said Sylvinho , trying to give the dimension of the attacker to the team, in his view.

“Jo suffered an injury, lost training, didn’t travel, but he’s a reference athlete we’ve already used in this role. With Roger out too. But today wasn’t a good game at all, I don’t credit in any way a bad performance for the the fact that Jô plays inside,” he continued.

For Sylvinho, whoever criticizes the choice this Saturday has to remember other moments when Jô acted as a reference and Róger Guedes was moved to the left wing. His example reminded us of Derby two weeks ago.

“He was on the inside when Roger scored the goal against Palmeiras. These things happen, they have good results, with good performances, but today it wasn’t like that”, concluded the Corinthians commander.