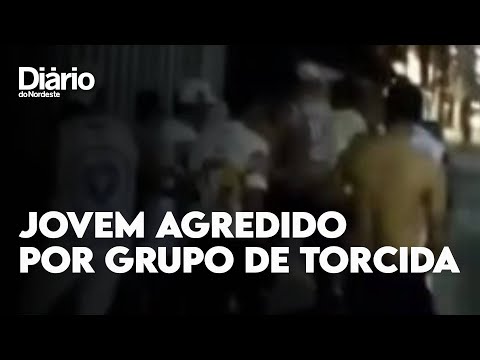 An alleged fight between rival fans resulted in the beating of a 23-year-old young man, on the night of this Saturday (9), in the Benfica neighborhood, in Fortaleza. Recorded video shows the moment when several people give kicks and punches on the victim.

Most aggressors are dressed in Fortaleza-related shirts. A team from the Mobile Emergency Care Service (Samu) rescued the young man to a hospital in the capital, but there is no information about the state of health his.

According to the Military Police of Ceará (PMCE), a team was called to the scene yesterday, “for an occurrence of bodily injury” on a public road. Preliminary information collected by the security agency indicated that the confrontation was motivated by the rivalry among the fans.

Also according to a note from the PM, steps were taken to look for the suspects, who fled the site after the attack.

This Saturday night, Fortaleza faced Flamengo, at Arena Castelão, for the 25th round of the Brazilian Championship. The Rio club beat Leão 3-0.

Anyone who has information that can contribute to the investigations can send a complaint to number 181, the Hotline of the Public Security and Social Defense Secretariat (SSPDS), or to (85) 3101-0181, which is the WhatsApp number. Confidentiality is guaranteed.