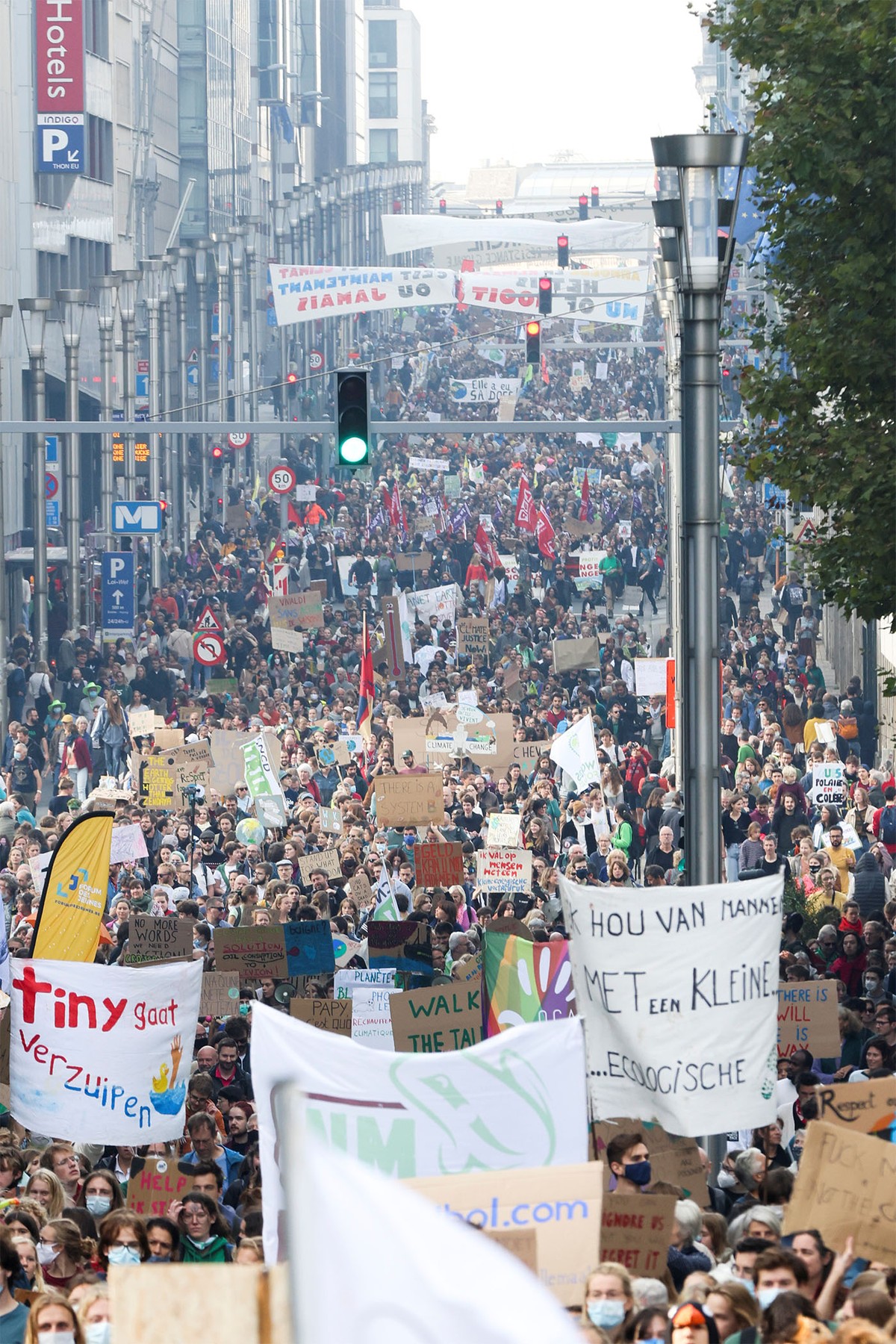 Tens of thousands of protesters took part, this Sunday (10), in the first major climate march in Brussels since the beginning of the coronavirus epidemic. The demonstration takes place a few weeks before the COP26 international summit, which will take place in Glasgow, Scotland.

According to a police estimate, at least 25,000 people took part in the three-kilometer march that links the Brussels-North station to the Parc du Cinquantenaire. Organizers claimed around 70,000 participants.

Protesters display posters against climate change in Brussels ahead of COP26 in Glasgow, which is due to start at the end of the month — Photo: Nicolas Maeterlinck/Belgian/AFP

Nearly 80 militant groups, united under the banner “Coalition climat”, called for the demonstration, in which Belgian politicians also participated. “The climate is a socioeconomic issue. We must defend it now, because it is not up to my generation to foot the bill,” said Conor Rousseau, 28, leader of the Vooruit party, the former socialist party in Flanders.

The demonstration took on special significance after the deadly floods that hit Belgium in July. “Politicians are dying of old age, Rosa died because of climate change,” read one banner, referring to a 15-year-old girl dragged by a river at the time of the natural disaster.

This march takes place a few weeks before the opening in Glasgow of the COP26, United Nations conference on climate change, which should discuss with the various governments the maintenance of the objective of limiting global warming to 1.5 degrees Celsius, as foreseen in the climate agreement of Paris 2015.

Thousands of people take to the streets in Brussels to protest against climate change — Photo: Yves Herman/Reuters