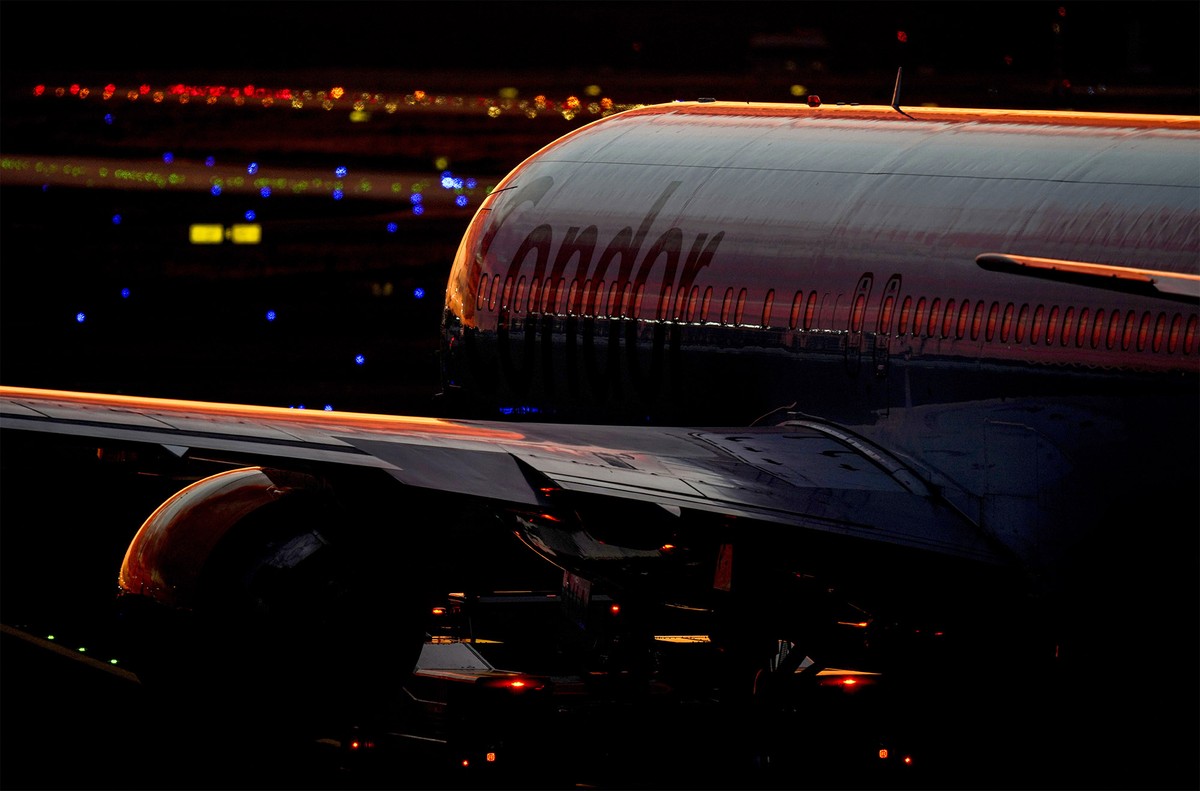 On September 17, Brazilians vaccinated with Coronavac who wanted to travel to Germany received good news: they were allowed to enter the European country for visits or tourism only with a negative covid-19 test. As a result, some bought tickets to reunite with family members after the worst phase of the pandemic was behind them.

Six days later, on September 23, a bucket of cold water came. Brazilians vaccinated with Coronavac, in fact, could only travel to Germany if they proved an urgent reason. The previous rule, which allowed entry for visits or tourism only to Brazilians vaccinated with the immunizing agents approved by the European Union (EU) took effect: Pfizer-BioNTech, AstraZeneca and Janssen, applied in Brazil, and Moderna, not used in the Brazilian territory.

The German embassy in Brazil and the German Ministries of Foreign, Health and Interior were questioned by DW Brazil about the reason for the change of rule in such a short time, but the reason was not clarified.

The Council of the European Union recommends that member countries authorize the entry for visits or tourism of those from outside the bloc vaccinated with the immunization agents approved by the EU. The agency also indicates to countries that they can, if they so wish, allow the entry of inoculated with immunizers approved by the World Health Organization (WHO).

Coronavac was approved by the WHO in early July, and some European countries, such as the Netherlands, Finland and Spain, already allow the entry of those who were vaccinated with it.

One who bought a ticket to Germany and booked a hotel soon after being informed that admission was free for those vaccinated with Coronavac was Monica Pedro, 62, retired and resident of São Paulo. His daughter lives in Stuttgart and his son in Nuremberg, both of whom work for German companies.

The plan was to go to Germany in early December to reunite the family and meet her grandson, who was born a year ago, and return to Brazil in January. She and her husband bought the ticket on September 17, the same day the embassy announced the relaxation of the rules – proof of reservations was sent to DW.

“A week later, the report came out that Germany had already turned back. It was a shock,” he said. “We’ve been trying to go there for two years, I want to see my children, meet my grandson, and because of this pandemic we couldn’t go.”

Currently, Germany allows entry of unvaccinated (or Coronavac vaccinated) grandparents to visit newborn grandchildren, but only for up to six months after birth.

Monica and her husband are considering waiting until mid-November before canceling the ticket, “hoping they’ll change the rules.”

Cristina* (not her real name, the interviewee asked that her name not be disclosed), 35, an investment specialist and a resident of São Paulo, was also looking forward to being released to travel to Germany. She has an older sister and a four-year-old goddaughter who live in Cologne.

Vaccinated with Coronavac, she bought the ticket on September 21 for herself and her husband – vouchers were sent to DW. Two days later, the relaxation of the rules was revised. “We bought as soon as the opportunity to go there opened up, we had no idea that they would go back.”

She said that the change in the rules made her question whether she should have refused the experts’ appeal that “a good vaccine is a vaccine in the arm” and that the important thing was to take the immunizing agent available at the health post.

“When I took Coronavac, I knew that Germany had this restriction, but my doctor said that it would not make sense to choose a vaccine. And I ended up taking it, as a rule that what matters is the vaccine in the arm. But nowadays I would have chosen, if I knew I would have this prejudice.”

Cristina claimed to have received with “indignation” the news that Coronavac would no longer be accepted by Germany, as “the restriction does not make sense”. “Regardless of the vaccine, you can get the virus. What is the sense in who is vaccinated with the [vacinas] approved can go without the need to take the PCR test, and who is with Coronavac can not even go with the PCR?” of covid-19 to enter the country.

The Brazilian Ana Carolina Burghi, 30, an engineer and resident of Stuttgart, participates in an initiative of immigrants with parents and grandparents of nationality outside the EU that seeks to sensitize German authorities to the problem of banning the entry of relatives immunized with non-vaccines. approved in the block.

She reports many cases of families living in Germany who are deprived of visits by parents and grandparents from Latin American countries, where Coronavac was widely used, and from Russia, which developed Sputnik V, also not approved by the EU.

Inspired by the successful “Love is not tourism” movement, which pressed German authorities to allow entry during the pandemic of partners of German residents who were unmarried or resided in Germany, a Colombian mother created the page “Family is not tourism Germany”, in which Burghi participates.

The group made an online petition asking the Bundestag (German Parliament’s lower house) to pay attention to the issue, and gathered just over 100 signatures. This Friday, they received an answer that the petition had been rejected, because there was already another one with a similar issue being processed. The collective also asked the children to draw what they would like to do with their grandparents if they could visit them, and shared the results on social media.

“During the pandemic, they created the ‘Love is not tourism’ group and an exception was made so that partners could join. But in the case of a relative, this is only possible in case of birth, marriage or death,” said Burghi.

“It’s sad to see that they release tickets for professional reasons, such as coming to a conference and meeting hundreds of people, when the risk would be much greater, but they don’t allow my family members to come visit me and stay at my house, even with quarantine.”

What the German bodies say

DW Brazil tried to clarify why the rule on Brazilians vaccinated with Coronavac, indicated on the page of the German embassy in Brasília, changed in such a short time, but there was no conclusive answer.

The report sent the question to the embassy, ​​which referred the matter to the German Foreign Ministry. He informed that the embassy websites offer information about the basic requirements to enter the country, and indicate the consultation of websites of public bodies in Germany for the detailed rules, in particular the pages of the interior and health ministries.

Regarding the Brazilian case, the folder only informed that “the information on the embassy website [da Alemanha no Brasil] were updated on September 24 in view of information that was being particularly requested on the spot.”

DW Brazil also asked the Ministries of the Interior and Health about the rules for Brazilians vaccinated with Coronavac to enter Germany, and the responses from both portfolios indicate that the hypothesis that the coming and going in such a timeframe cannot be ruled out. short term was the result of a misunderstanding between different German public bodies.

On its page, the Ministry of the Interior informs that only residents of a list that currently has 18 countries, in addition to the EU nations, can travel to Germany without restrictions – Brazil is not on that list. For residents of countries not on the list, it is necessary to be vaccinated with an approved immunizer in the EU or to have an urgent reason.

Questioned by DW about Brazilians vaccinated with Coronavac, the Ministry of Interior informed the report that it had discussed the matter with the Ministry of Health, which would send the answer. The Ministry of Health then informed that, as Brazil was no longer considered an area of ​​virus variant or high risk area, it was possible to travel from Brazil to Germany without having been immunized with an EU-approved vaccine, as long as it was presented one proof of negative test for covid-19 – the same information that had been made available by the German embassy in Brazil on September 17th.

The report then asked for a new confirmation from the two folders, given the conflicting information with that available on the Ministry of Interior website.

The German Health Ministry also said that before a covid-19 vaccine could be considered, it must be evaluated under the regulatory framework in place in the EU, and that Coronavac was under review. The European Medicines Agency (EMA) evaluation process of Coronavac started in May 2021 and there is no forecast when it will be completed.

What are the rules for traveling to Germany

According to the rules in force last Friday (8), Brazilians who are fully vaccinated with the immunizing agents approved in the EU can enter Germany for visits and tourism.

A person who took the second dose (or the single dose, in Janssen’s case) for at least 14 days is considered fully vaccinated. Both doses must be EU-approved immunizers.

In the case of those who had the disease up to six months ago and recovered, it is enough to have received a dose of one of the vaccines accepted in the European Union.

Brazilians not vaccinated or vaccinated with Coronavac cannot enter Germany at this time, except in some cases indicated on the website of the German embassy in Brasília.

Among the exceptions are, for example, business travelers or relatives up to the second degree of citizens with the right to reside in Germany, in the case of a birth within six months, marriage or funeral.

Before planning a trip, it is recommended to check the rules on the pages of the German authorities.

Certificate for those who have had different vaccines

Brazilians immunized with EU-approved vaccines who decide to go to Germany for visits or tourism can prove their immunization using the vaccination certificate issued by the Connect SUS app in English or Spanish, which are accepted at German airports. The SUS application itself already allows the issuance of the document in these languages.

However, Conecta SUS does not allow the issuance of a certificate for those who took the two doses of vaccine from different manufacturers, such as the first dose from AstraZeneca and the second from Pfizer-BioNTech. This mixed regimen was adopted in some Brazilian cities due to the momentary lack of AstraZeneca vaccine for the second dose.

The Brazilian Ministry of Health stated that “it is looking for a solution so that it is possible to issue the vaccination certificate in the Connect SUS application in situations where there is an exchange of vaccines”. In these cases, it is still possible to check the two doses of the vaccine in the Connect SUS application, but the information appears only in Portuguese and is not indicated in a certificate format.