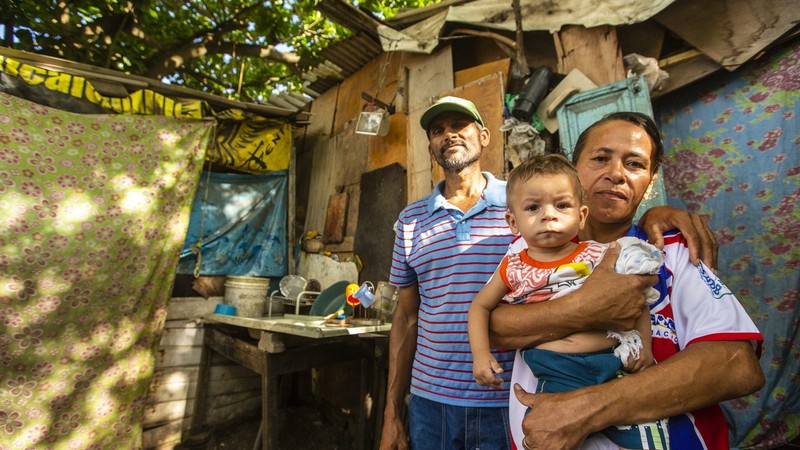 Maceió registered the third lowest average income among Brazilian metropolises in the second quarter of this year, according to the fifth edition of the newsletter Desigualdade nas Metropoles, which is a partnership between the Observatório das Metrópoles, PUCRS and the Social Debt Observatory Network in Latin America (RedODSAL).

The bulletin also points out that when considering the average per capita income of the poorest 40%, Maceió again occupies the third place among the lowest values. According to the data, the poor in the capital of Alagoas had an average income of R$90.04 in the second quarter of 2021. The Metropolitan Regions with the lowest incomes in this income stratum, in ascending order, were: João Pessoa (R$67.00 ), Recife (R$73.01) and Maceió (R$90.04). Those with the highest levels of average income, in descending order, were: Florianópolis (R$ 380.48), Curitiba (R$ 267.28) and Distrito Federal (R$ 255.65).

Another data exposed by the bulletin is that Maceió ranks second in the ranking of cities with the highest percentages of individuals living in households with per capita income of up to a quarter of the minimum wage in the 2nd quarter of 2021. According to the survey, 43.6 % of citizens living in the Metropolitan Region of Maceió lived in this financial condition until June this year.

In the second quarter of 2021, per capita household income from work was estimated at R$1,326 in metropolitan regions, down 0.1% from the previous three months. A value lower than this was only verified at the beginning of the study’s historical series, in the first quarter of 2012: R$1,323.

The bulletin uses microdata from the Pnad Contínua survey, by the IBGE (Brazilian Institute of Geography and Statistics). Per capita household income corresponds to the total income from work divided by the number of people in each household.

The numbers take inflation into account and only reflect earnings from professional activities. In other words, social benefit resources, such as emergency aid and pensions, are not included in the calculation.

In the view of those responsible for the survey, the data make it clear that economic activity and the labor market have not yet gained the desired traction in metropolitan regions. The second quarter of 2021 was the sixth consecutive fall in average earnings.

According to the bulletin, the poorest lost more income, in relative terms, during the pandemic. In this layer, there was even a sketch of improvement in recent quarters, but still far from completely reversing Covid-19’s losses.

The richest, in turn, had a smaller loss of income throughout the crisis. However, unlike the poorest, they continue to register low earnings from work.

Together, these factors ended up resulting in a low yield, on the general average, by the standards of the historical series.

In the second quarter of 2021, the income of the poorest 40% was estimated at R$177 in metropolitan regions. The value even represents an increase of 7.5% compared to the three immediately previous months (R$ 165).

Professor of the postgraduate program in Social Sciences at PUCRS André Salata, one of the coordinators of the bulletin, draws attention to the picture of the poorest. A prolonged crisis like that of the coronavirus, combined with the slow recovery of income, puts pressure mainly on those with fewer resources, stresses the professor. “The resumption of income for the poorest has been very timid. Their reserves run out over time, and the situation gets worse.”

The researcher from the Observatório das Metrópoles Marcelo Ribeiro, who is also coordinating the study, goes along the same lines. According to him, the labor market still does not show signs of consistent improvement. This causes workers, especially the poorest, to seek “survival strategies”, such as the popular odd jobs, says Ribeiro.

These tasks may even raise the income of those earning less, as happened in the second quarter, but they do not create conditions for a robust recovery in earnings.

“The increase in income in the lower segment is not due to the reactivation of the economy. It is more linked to the needs of these people, who need to build survival strategies”, says Ribeiro.

The study also brings data on inequality in labor income measured by the Gini Coefficient. The indicator ranges from zero to one. The closer the index is to one, the greater is the income inequality in the place in question. The closer to zero, the more equal the division of income.

In the set of metropolises, the Gini average dropped from 0.632 to 0.626 between the first and second quarter of this year. However, it remained above that verified at the beginning of 2020: 0.610. This means that inequality got bigger during the pandemic. According to those responsible for the study, the retreat in the most recent quarter only occurred because the income of the richest continued to fall, while that of the poorest had an increase, which is still insufficient.

“The ideal scenario would be one of growth for everyone, with those at the base of the pyramid earning more”, points out Salata. “Inequality even retreated in the last quarter, but the average income was also lower”, completes Ribeiro.