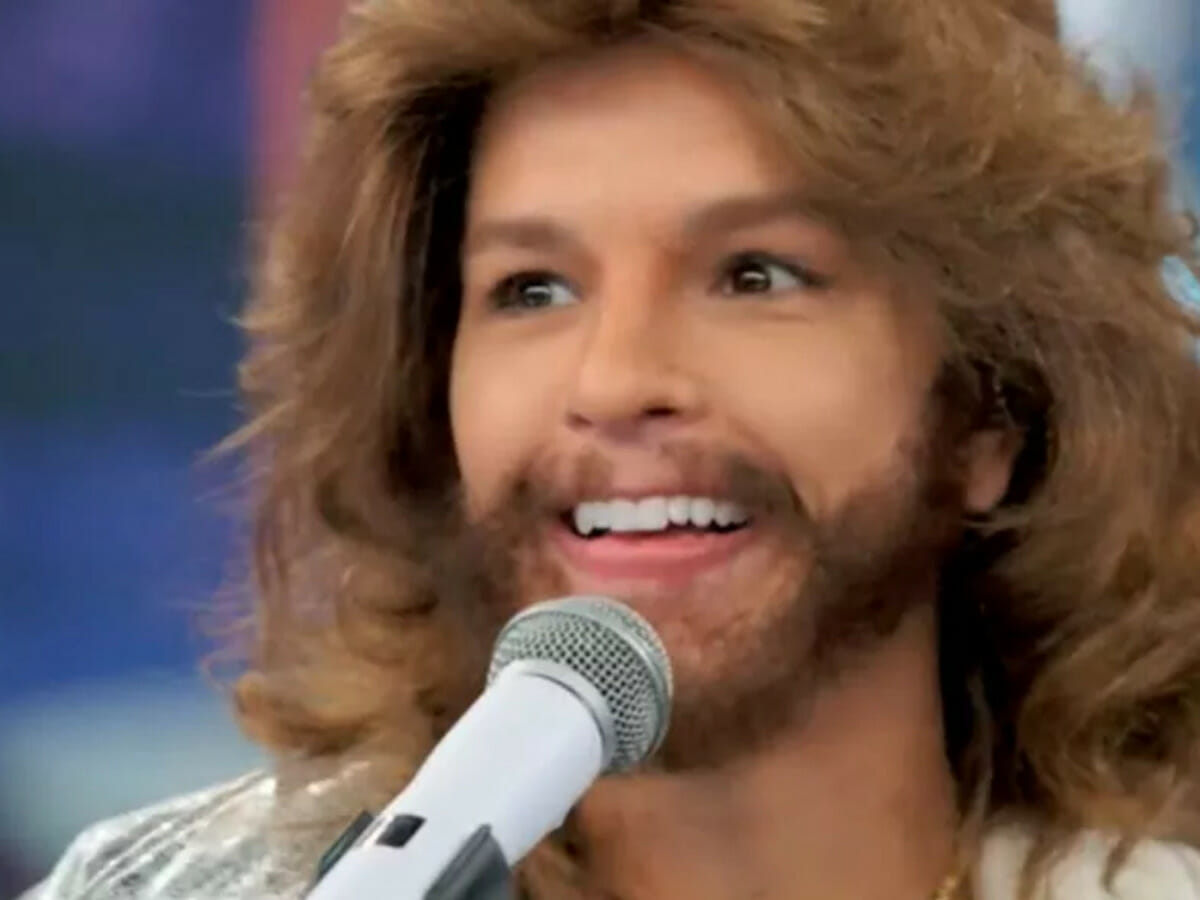 Another round of Show of the Famous aired on Sunday with Huck this Sunday (10). Among the highlights, Mariana Rios imitating Barry Gibb, lead singer of the band Bee Gees.

The actress played the classic Stayin’ Alive and drew the public’s attention on social media, both for its visuals and for its voice.

On Twitter, Mariana was compared to a series of characters, such as Alvim and the Chipmunks. The thin voice, typical of the singer, reminded a lot of the protagonist of the children’s movie.

Also, many people compared the artist to Janet, character of Thalita Carauta in the old Zorra Total, because of his hair and beard.

“Afraid to go to the kitchen and find Mariana Rios from Bee Gees”, posted an internet user. “Thinking here why Mariana Rios is Janete do Zorra Total”, highlighted another.

Regarding the presentation, Mariana was highly praised by the judges, so much so that she led the group. She finished first with 79.3.

Robson Nunes, like Carlinhos Brown, was second, with 79.2. Already Diego Hypolito was in the lantern with 78.5 when honoring José Augusto.

See some comments on social media: