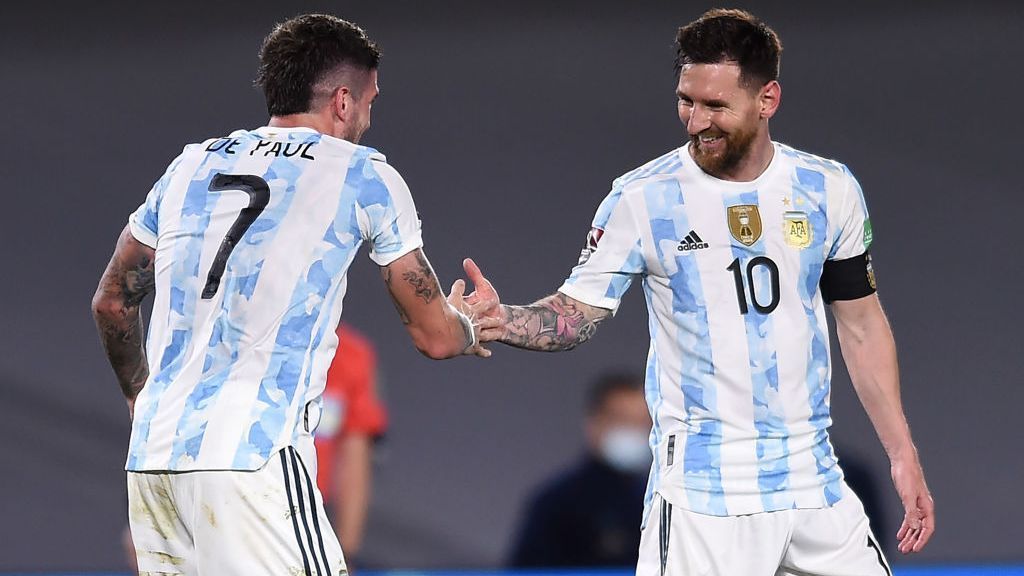 Playing at home at Monumental de Nuñez, the Argentina gave a real show and ran over the Uruguay 3-0 this Sunday, in a late duel of the 5th round of qualifiers for the world Cup of 2022.

Messi and De Paul scored the Argentine goals in the first half. And Lautaro Martínez completed the show in the final stage. Halfway through the second half, with 3-0 on the scoreboard, the Argentine fans began to sing ‘olé’ at each touch of the team on the field.

With the result, Argentina remains undefeated in the qualifiers (6 wins and 4 draws) and goes to 22 points in the vice-leadership, behind only Brazil (28).

Uruguay drops to fourth position in the table, with 16 points gained.

The shirt 10 opened the scoring in the 38th minute when he threw a trivela looking for Nico Gonzalez. The ball passed through the area, past goalkeeper Muslera and found the back of the net.

This was Messi’s 80th goal for Argentina, the only South American player to score 80 goals for his country in history.

Argentina returns to play for the qualifiers on Thursday, at home, at 20:30 (Brasilia), against Peru.

Uruguay will go to Arena Amazônia to face Brazil on the same date, at 9:30 pm.