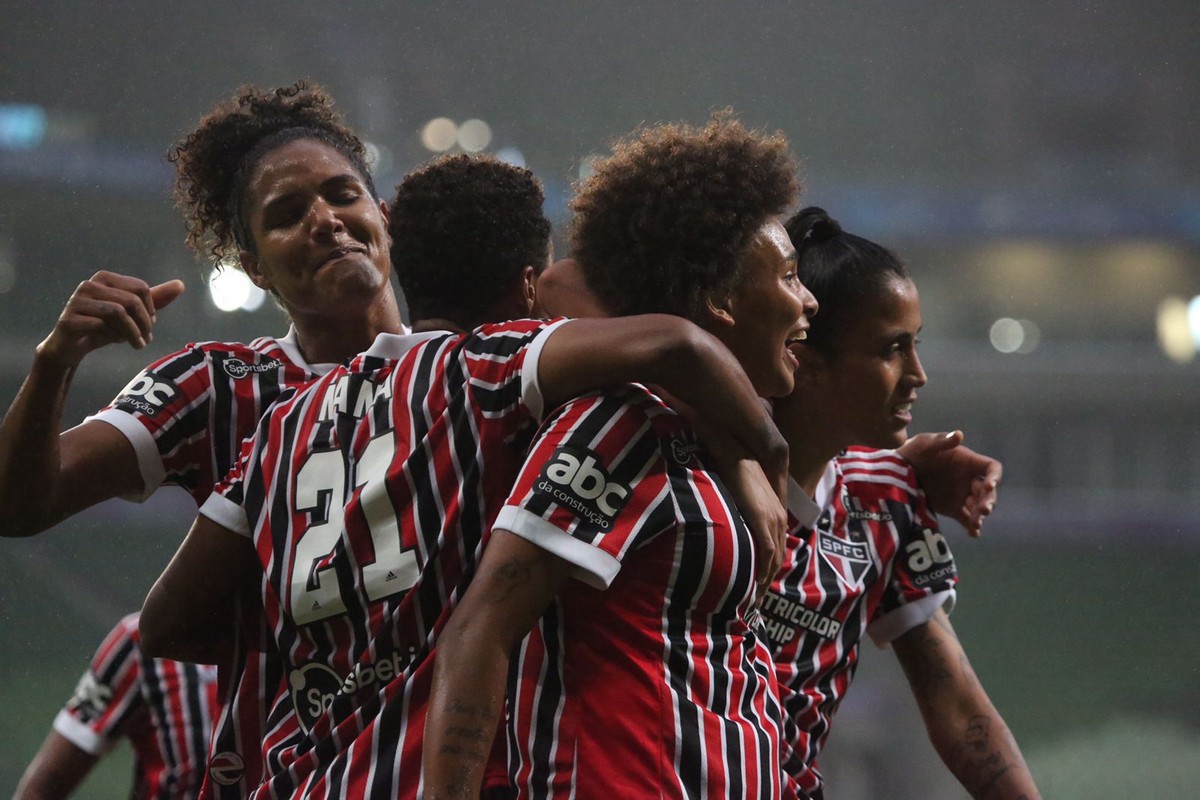 São Paulo went from a 2-0 against at the end of the first half to beat Palmeiras by 3-2, with a goal in the 47th minute, on Sunday afternoon, at Allianz Parque. The result took away the chances of classification of Palestrinas in the São Paulo Women’s Championship.

Palmeiras needed to win to continue dreaming of the G-4 and opened the advantage before the break with Camilinha, with a penalty, at 11, and Karol Arcanjo, at 42.

The tricolor reaction began 10 minutes into the second half, when Carol scored a great goal from outside the area. Júlia Bianchi also hit the crossbar in a free kick for Palmeiras, at 19. She made a feat. Heading, Yaya equalized, at 26.

The tie already eliminated Palmeiras, and Naná, at 47 minutes (there were six of extra), tried to end any hope of alviverde by receiving in front of Jully and playing for the net.

It was the eighth consecutive victory for São Paulo, which reached 27 points, in the dispute with Corinthians (28) for the leadership.

Palmeiras, finalist at the Brazilian Nationals, lost the second game in a row and parked on 16 points, with no possibility of reaching Santos, currently fourth, 22, just one round from the end of the first phase.

The four semifinalists are already defined: Corinthians (28), São Paulo (27), Ferroviária (24) and Santos (22). It only remains to see what the final position will look like to know the intersections.

Palmeiras, which played without important names such as Agustina, Thais and Ary Borges, all suspended, can still compete in the Copa Paulista in the sequence of the season.