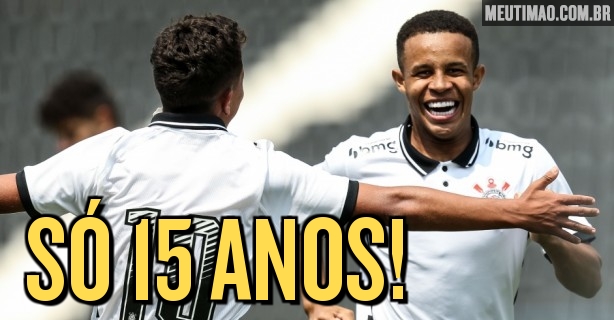 In the great barn that is Parque São Jorge, some prominent names gained evidence in 2021. Among those who rose recently, Adson, Vitinho, Gabriel Pereira, Xavier, Roni, Du and Raul, for their good individual performances, already seem to be consolidated in the team. main. GP, by the way, stands out among the stars who have just arrived at Corinthians, being the protagonist of the team in a Derby filled with tension.

We can go even lower to name other names of great value that will emerge in the coming years. In the Sub-20, Cauê, Reginaldo, Mandaca, Léo Mana, Belezi and Keven emerge as names of good projection to the professional already in 2022. I keep an eye on everyone.

Even so, for the one who writes to you, the great “lightning” of the Terrão is in the U-17, even if they are younger than the category. It is striker Pedro, 15 years old, who is out of balance against opponents up to two years older. It adds up to an impressive explosion, with an inexhaustible repertoire of dribbling, and a surreal goal nose for someone so young.

Pedro would be old enough to work in the U-15, but the club’s internal evaluation is of a differentiated player who needs to be challenged against older players. Even so, in the category above, it clashes with its opponents. In Paulistão Under-17, Pedro played for 172 minutes and scored 5 goals, scoring a goal every 34.4 minutes.

The high-level performances place him as the main name of the “2006 harvest” in Brazilian football. He shares the position with Endrick, forward of rival Palmeiras, with whom he is an attacking duo in the Brazilian Under-15 team. The category call, by the way, still counts with a wave of Corinthians fans from the same harvest, such as Juninho (striker), Gui Pellegrin (right-back), Beto (half) and Bahia (steering wheel). The latter, holder and captain of the national team.

Some at the club consider Pedro the “name for the decade” of Corinthians. And his performances, in fact, delight anyone who follows him closely. And here is the appeal of the author of this text to you, readers: watch the base! Pedro and co play weekly, with intense coverage of the My Timon.

Watch out, because lightning may be hitting Parque São Jorge.

By request, material from Pedro (’06), U-15 player who plays in U-17. The second half against Guarani, last Saturday, was impeccable pic.twitter.com/uPc7bVQ606

This text is the responsibility of the author and does not necessarily reflect the opinion of Meu Timo.