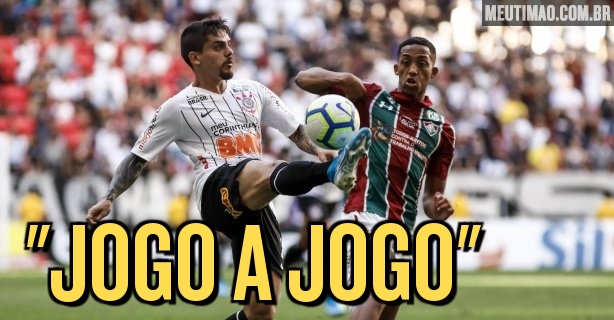 Corinthians faced Sport, last Saturday, and was defeated 1-0. With that, the team led by Sylvinho ended the sequence of ten games unbeaten in the Brazilian Championship. At a press conference after the end of the game, the coach commented on the matter.

“The speech is the same, we are going step by step, we are building a step in a club as big, huge as Corinthians. Just like back there, many young amateurs that I’m fascinated with working with, had their periods of six, seven games as a starter, others were joining. I’ve already mentioned in some interviews Roni, Vitinho, João Victor, who is a starter, GP at the time, Adson has already done it, among others, Du another day appeared. Anyway, it fascinates me,” declared Sylvinho.

“We have three pillars for building this team, athletes who have already won everything, even a Libertadores, a World Cup at this club, and whose eyes shine to continue being part and participating in this stage. Another pillar are athletes, four of them who arrived and qualified our group a lot,” he added.

Finally, the coach of the Parque São Jorge team failed to design the sequence of the Brasileirão, reaffirming that the preparation is “game by game”. Remember that Corinthians face Fluminense, São Paulo and Internacional in the next three rounds.

“We go from game to game, our next game is the most important, it’s Fluminense’s game, which we have at home. We are 100% focused on this game. Championship is difficult, championship is balanced, it’s long, it’s exhausting, and we only have energy to spend in the next game,” he concluded.