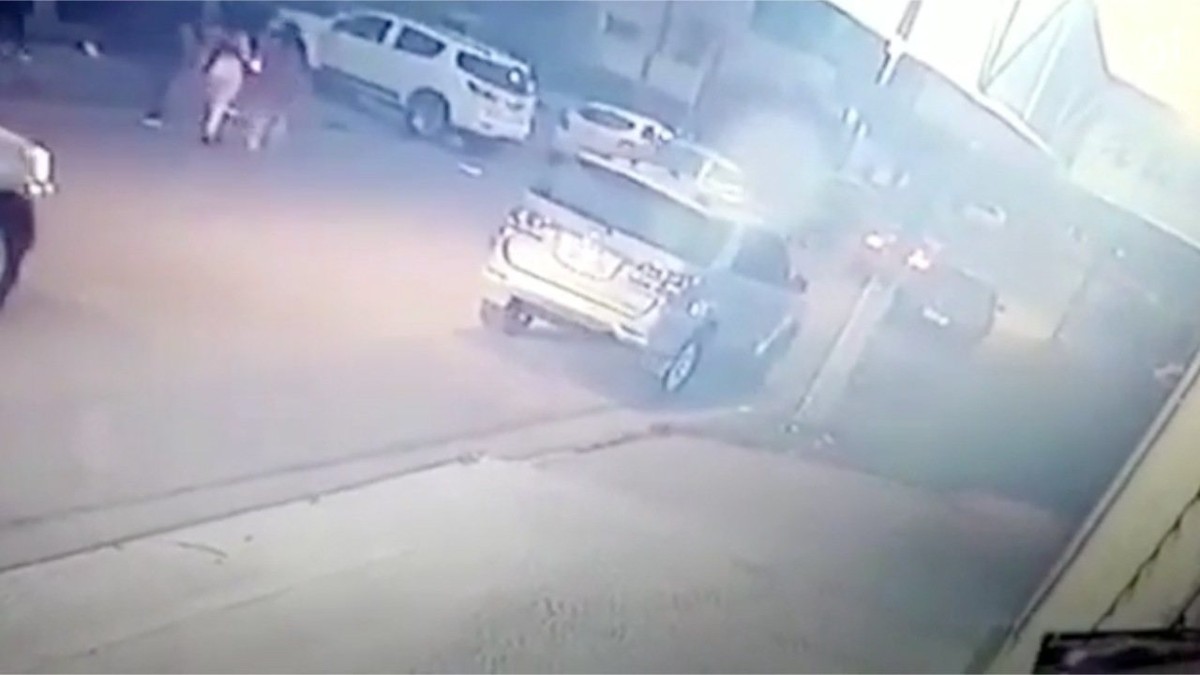 A video from security cameras shows the action of the shooters who executed four people outside a nightclub, a 29-year-old man, the daughter of a Paraguayan governor and two Brazilians, in the early hours of this Saturday (9), in Pedro Juan Caballero, a city in Paraguay that borders Ponta Porã, in Mato Grosso do Sul (see the video above).

In the images, it is possible to observe the four victims approaching the white truck they were in and entering the vehicle. Soon after, another pickup truck stops behind the car and, from it, three armed men leave, who are already shooting down. They flee afterward. The possible motives for the crime have not yet been disclosed by the Paraguayan police.

Security cameras recorded the arrival of victims in the truck — Photo: Disclosure

The victims were in a vehicle with Brazil plates. Osmar and Haylee would be boyfriends, and Kaline and Rhannye would be partners of the Paraguayan governor’s daughter, all medical students in the border region.

The governor’s daughter, left, and Kaline Reinoso, a medical student, are among those executed in Paraguay — Photo: Social networks

At least 15 murders in the border region were registered in the last 14 days, according to the Brazilian and Paraguayan police. The crimes took place between the municipalities of Ponta Porã, in Mato Grosso do Sul, and Pedro Juan Caballero, in the department of Amambay. Cities are separated by only one street.

According to police authorities in the region, the border is part of illegal trade routes and is disputed by gangs dealing in arms, drugs, contraband and other transnational crimes, as the head of the Federal Police in Ponta Porã, Diego Santana Gordilho Leite, explains. However, there is still no confirmation that the crimes that occurred this Friday and Saturday are linked to drug trafficking.

Although murder crimes are the responsibility of the Civil Police, the Federal Police is monitoring the escalation of executions in the region, according to Fabrício de Azevedo Carvalho, regional delegate for Investigation and Combating Organized Crime of the Superintendence in Mato Grosso do Sul.

“The Federal Police has been monitoring these crimes. Criminal factions end up carrying out these executions, because of fights over the control of drug trafficking routes, marijuana, cocaine, which end up crossing, are sent from there to here”, he observes.

On Friday (8), councilor Farid Afif (DEM) was hit while riding his bicycle on the Brazilian side of the border, in Ponta Porã. According to police, he still tried to protect himself, entering a car store, but was shot inside the dealership.

Three hours earlier, Farid had posted a video on social media defending the use of bicycles as a means of transport.