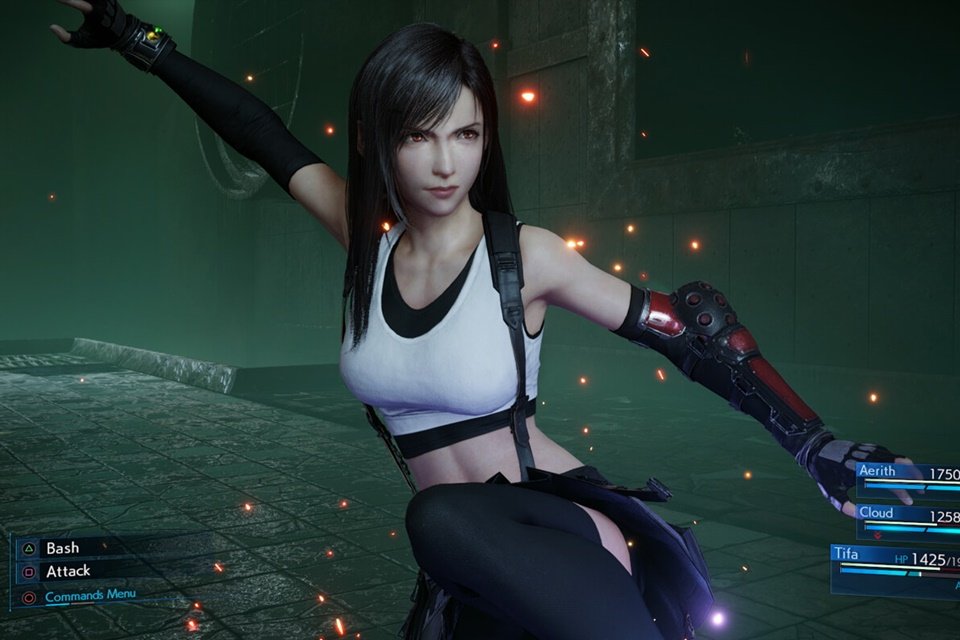 Well known for roleplaying franchises such as Final Fantasy, kingdom hearts and Dragon quest, Square Enix is ​​one of the most important companies in the gaming industry. In addition to being a developer, the Japanese company is also a publisher of several games, helping others third-parties to bring their titles to market.

Thinking about Square Enix’s relevance to the industry, we decided to list 8 games published or developed by the company that can definitely yield several hours of playtime. In addition to the established franchise Final Fantasy, also have Life is Strange, tomb Raider and Avengers. Check out the list below!

Lara Croft is a veteran of the gaming world, but every great heroine had a beginning. tomb Raider, developed by Crystal Dynamics and Eidos-Montréal, and published in 2013 by Square Enix, is the original title of this very important character in the history of digital entertainment.

The game explores the character’s intense story and her rise as an experienced survivor in a hostile world. This time, her weapon is not the double pistol that has become the character’s trademark, but only her instincts and ability to go far beyond human limits.

Considered one of the most important games in history, Final Fantasy VII Remake is a new version of the classic developed by the Japanese company. The game kept the remarkable story, the epic battles, the plot that surprises and the characters that became unforgettable.

Life is Strange sneaked in in 2015, but soon became a unique experience among the games published by Square Enix. The game, released in five episodes, tells the story of Max Caulfield and his power to go back in time. Along your journey, we are invited to immerse yourself in an elaborate plot and make choices that directly impact the game’s events.

With the success of Marvel and its movies (especially the Avengers), it was to be expected that a game would bring this theme to players. Avengers it’s not the Avengers game that all fans have been waiting for, but it certainly offers a worthy experience for those who enjoy movie’s best-known heroes.

In Avengers, title published by Square Enix, the player will be able to control a number of characters, including Captain America, Iron Man, Hulk, Black Widow and Thor.

Despite the rather curious title, NieR Replicant ver.1.22474487139… is the remastering of the original NieR that was published in 2010. The game kept the story unchanged, but brought a fresh gameplay, especially in the battle system, which is now more fluid.

Anyone who knows Yoko Taro, screenwriter and director of several successful games, knows that NieR Replicant is certainly a masterpiece for gamers, especially fans of the franchise.

Neo: The World Ends with You

Establishing itself as one of the most original RPGs brought by Square Enix, NEO: The World Ends With You revives a franchise that started in 2007 on the Nintendo DS. The game offers gameplay that was inspired (and inspired) by the acclaimed Kingdom Hearts and a pretty immersive story for a low-budget title.

The game’s art direction is one of the aspects that draws the most attention, which is especially favorable since few were able to experience the game on the Nintendo handheld.

Kingdom hearts is a franchise that has managed to do the unimaginable: mix a series of different intellectual properties, from Mickey to Pirates of the Caribbean, offering a frenetic and very addictive gameplay.

A game that offers eight characters to play and eight different adventures. Octopath Traveler differs from other games precisely because of this proposal and its unique and retro look inspired by 2D RPGs that is breathtaking.

The player will be able to explore eight different regions in the world called Orsterra. Each of the eight characters has a unique ability, which is a beautiful invitation to discover the story each one has to tell.

And you, which game developed or published by the company is your favorite? Is it present in the list above? If not, let us know what it is!