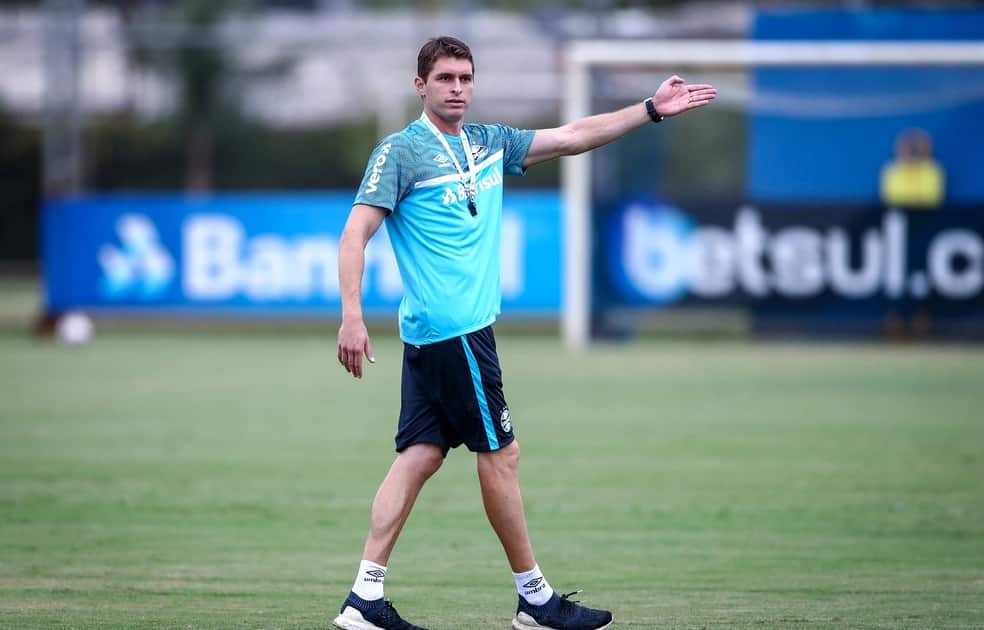 Grêmio will be led by Thiago Gomes while the tricolor doesn’t decide whether to hire a new coach or not. There is a possibility that this coach will be made effective if there are good results with him in charge.

That’s because the favorites of the Grêmio board, Roger Machado and Mano Menezes have already turned down proposals from the tricolor. Thus, the tricolor would have to resort to another option that probably does not have so much conviction that it would work.

Therefore, the leaders of Immortal are really rooting for a victory against Fortaleza. If that happens, they will be able to give a sequel to Thiago Gomes in the direction of the tricolor from Rio Grande do Sul.

The numbers of the coach running the club so far are reasonable. He led the club 5 times, due to coaches leaving and problems with covid-19.

In these 5 matches he has 2 wins, 2 draws and 1 loss. The numbers aren’t spectacular, but given that he had little time to work before each game, it’s justifiable.

We can say that he managed to do what was necessary in the games, except against Palmeiras. But, in this Brasileirão game, demanding something from Thiago Gomes would be cruel. He caught a Grêmio destroyed by Tiago Nunes and faced the almighty Palmeiras.

But if the coach wants to have a sequel, he now has a good opportunity. If they beat Fortaleza, it is possible that he will stay as the club’s coach. Even more that he has the support of most of the cast.