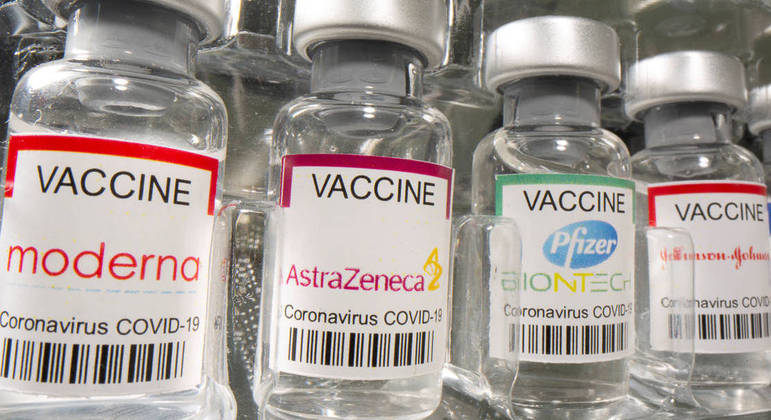 US scientists researched the effectiveness of boosting immunization against Covid-19 homologous (same vaccine) and heterologous (different vaccine) of the three drugs applied there: Janssen, Pfizer and Moderna. The study shows that the application of booster from different pharmaceutical companies has a better immune response, compared to the extra dose of the same product. The research was published in pre-print on the website medRixv, on Wednesday (13), and still needs validation from other scientists.

The trial was conducted with 458 volunteers, at ten sites across the US, and in two phases of clinical research. All participants received one of the three vaccines and had not been infected with Sars-CoV-2 for at least 12 weeks after full immunization. Of these, 154 people were reinforced by Moderna; 150 from Janssen; and 154 from Pfizer.

Neutralizing antibodies destroy the virus. Binding antibodies bind to the virus but do not kill it or prevent infection. Instead, they alert the immune system to the presence of the foreign cell and leukocytes are sent to destroy it.

The emergence of the Delta variant and the drop in immunity after six months of the full vaccination schedule raised the question of booster doses to contain the pandemic. In most countries they are authorized for the elderly and the immunocompromised.

In Brazil, the Ministry of Health advises that the extra application is preferably with Pfizer, regardless of the product used before. The indication of the FDA (regulatory agency in the USA), however, is that the reinforcement is from the same laboratory.

The vaccine produced by Johnson & Johnson is the only one applied in a single dose. But in late August, the drugmaker presented a study indicating that the application of a second vaccine resulted in levels of binding antibodies nine times the levels seen 28 days after people received the first dose.

Therefore, the company requested authorization from the US regulatory agency for emergency use of the booster in all people over 18 years old and who received the single dose. The FDA meets today and tomorrow to respond to the lab’s request.