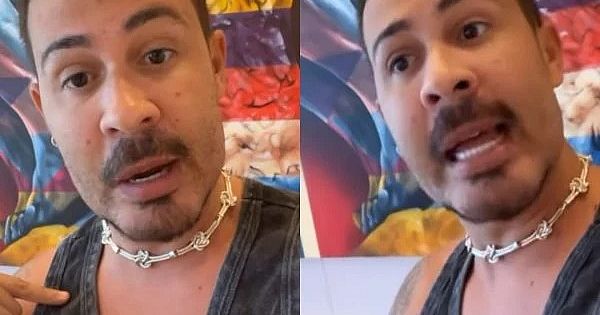 This Wednesday (13/10), Carlinhos Maia made Stories on Instagram, commenting on the participation of digital influencer Marina Ferrari in A Fazenda 13, by Record. The comedian stressed that the brunette is rich and did not need to be participating in a reality show with such exposure. The information is from the columnist of Metrópoles, Léo Dias.

“I’m stuck with Marina, a girl who lives above my building, rich since she was a child, to be humiliated. How crazy! What are you going to get? Humiliation. When she gets here, I’ll talk to her. There’s the girl’s Porsche picking up dust. Rich, rich, rich girl. To go there to be messed up. There are things that aren’t worth it”, says Carlinhos ironically.

The comedian also commented on the performance of Rico Malquiades in the rural reality show. “Rico, who is from my class, which is also revolutionizing… I just keep an eye out because if you go too far, I’ll let you…. As much as I love…. And there’s Marina, who isn’t my friend, but she’s a person I like and I’ve always liked her posture… What do I look like? Sad, because there are two people I like, here in Maceió. Instead of uniting, they are fighting”, he says.

Later, Carlinhos says again that he has no desire to participate in programs like A Fazenda. “Am I going to leave this beautiful view eating my couscous to be put up with humiliation with chicken cackling beside me? I know myself, guys. Don’t ask me to go on a reality show, no. Even you who love me are going to take me out next week. I, after 30 years old, be humiliated?”, she confesses.