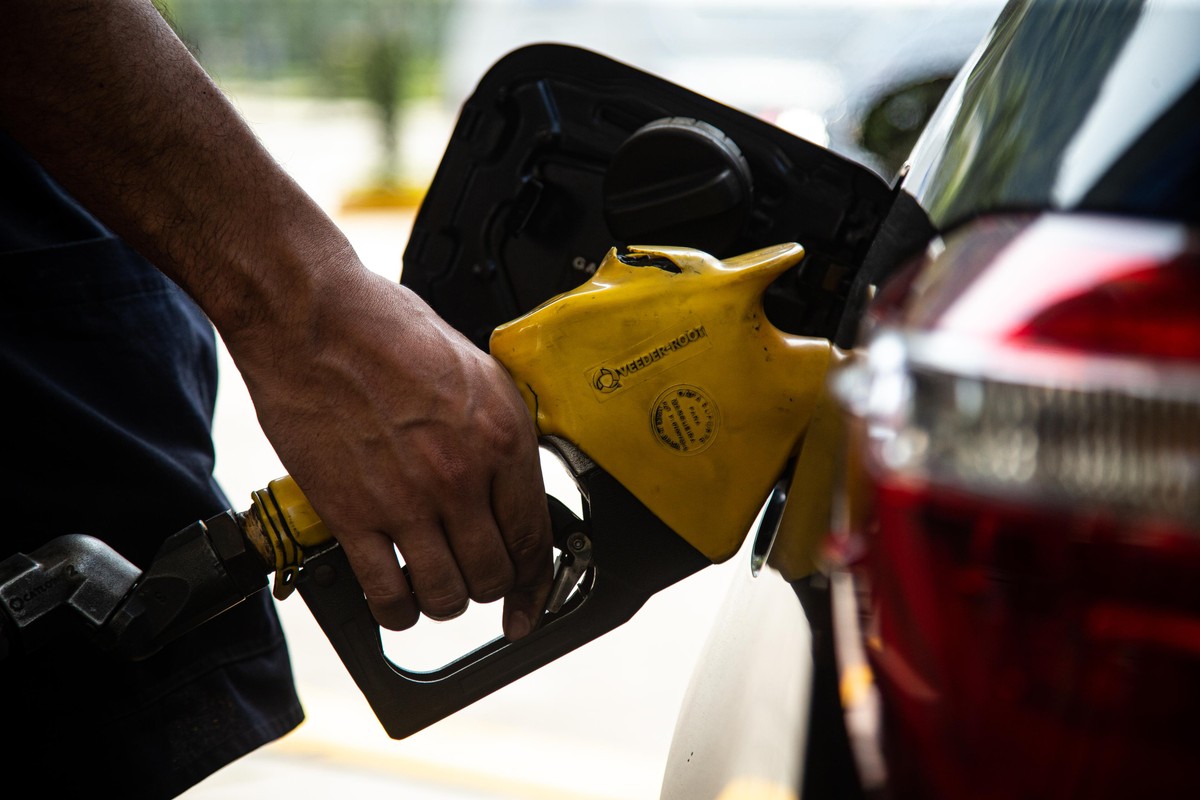 THE Chamber of Deputies approved this Wednesday (13), by 392 in favor, 71 against and 2 abstentions, the government’s bill to change the charge for ICMS on fuels. The text will reduce price volatility and should reduce the cost of gasoline, ethanol and diesel in 2022, the year in which President Jair Bolsonaro will seek re-election, but it could also have the opposite effect for the next government, with the artificial maintenance of a higher price.

After approval of the base text with 392 favorable votes, the deputies rejected the five amendments presented by opposition parties late on Wednesday. The text goes on for analysis by the Federal Senate, where governors should reinforce the offensive to try to change points of the proposal.

The project was defended by the president of the Chamber, Arthur Lira (PP-AL), and the opinion filed in the middle of the holiday by deputy dr Jaziel (PL-CE).

Today, ICMS is a percentage between 25% and 34% applied to the sale price of each fuel, calculated by the States every 15 days. With the increase in the values ​​charged by Petrobras, a state-owned company controlled by the government, the ICMS tax collection also increased.

The Chamber made this reference survey annual, which would take into account the average of prices in the two previous years.

In addition, instead of a percentage, a fixed amount will be charged per liter, as has been the case with the federal government’s PIS/Cofins since 2004 (R$ 0.89 per liter of gasoline). This ICMS value would be defined by each state and will be valid for 12 months, with the values ​​measured in the survey as a ceiling.

On the project’s approval date, the opinion says, the reference years would be 2019 and 2020, when the price of gasoline and diesel was lower (in 2020, the oil barrel was quoted at US$ 20, against US$ 80 today), and would be valid for at least the next 12 months (until after the election, therefore). With that, as Lira said in an interview with “CNN radio” this Wednesday, gasoline would fall between 7% and 8%, ethanol by 7% and diesel by 4%.

For 2023, however, the high sale price of fuels in 2021, which reached R$7 for gasoline, would be included in the account to define the ICMS reference value.

If the dollar and the barrel of oil retreat by then, or if a new government determines a change in Petrobras’ pricing policy and forces a reduction in value — both uncertain variables — the tax would remain artificially higher, increasing the cost of fuels.

Deputy Alexis Fonteyne (Novo-SP) stated that the proposal pushes high prices with the belly to provoke an immediate effect. “Basically, this doesn’t solve the problem and maybe it creates a bigger problem in the future. Today we are working on the peak in fuel prices, but this peak can go back, as it has happened in the past”, he pointed out.

Deputy Enio Verri (PT-PR) said that the project may reduce fuel prices in the short term, but it is not the solution because the fault lies in Petrobras’ readjustment and economic policies of the federal government. “The Bolsonaro government presents a bill in the Chamber that tries to disguise its fullest responsibility. He wants to transfer his incompetence or a decision to favor shareholders to the States,” he said.

Despite weighing up criticism of the government, opposition parties joined the government and voted in favor of the bill, sent by Bolsonaro amid an attempt to blame the price of gasoline on governors, a highly unpopular issue.. “The Brazilian people suffer a lot from the incompetence of this government and it is not fair that our population continues to suffer so much,” explained Verri.

PCdoB leader, deputy Renildo Calheiros (PE), stated that opposition parties decided to vote in favor of the bill to “overthrow the mask and false speech” of Bolsonaro. “It will approve the project and this economic policy will continue to increase gasoline,” he said.

The PSDB, with two potential opponents of Bolsonaro ahead of state governments, released its caucus and did not take a stand. The opposing parties were the Novo and the MDB, which complained about the breach of an agreement to vote on a change in the state tax.

“Chairman Arthur Lira and government leader Ricardo Barros broke the agreement signed in relation to PLP 11/2020. The agreement would be to vote on the text of PLP 105/21, which would give transparency to the consumer. This action is a real curtain of smoke,” said the leader of the MDB, Isnaldo Bulhões (AL), in a statement. Lira countered in plenary that the text has changed in relation to the government’s proposal and that the governors will have autonomy, so the agreement would not have been breached.

The proposal generated protests from the States about interference in federative autonomy. In a statement, the Committee of State Secretaries of Finance (Comsefaz) said that the project will reduce state finances by R$ 24 billion, which will have an impact of R$ 6 billion for the municipalities, which receive 25% of the ICMS. The document highlights that this year gasoline has already increased by 31%, ethanol by 40.7% and diesel by 28%, but that the government blames the ICMS “in the rush to address apparently simple but clearly wrong solutions”.

The governor of Piauí, Wellington Dias (PT), coordinator of the forum of governors of the Northeast, recorded a video to criticize the proposal. “At a delicate moment in the country, why not work hard on the proposal that minister Paulo Guedes himself and now Bolsonaro himself have already accepted? To capitalize on the fuel equalization fund. This actually makes the price of gasoline fall to approximately R$4.50 and not just 40 cents, as is the proposal of the Chamber”, he declared.

For Adriano Pires, director of the Brazilian Center for Infrastructure (CBIE), the only merit of the proposal is to reduce volatility, from a fortnightly readjustment in the tax to an annual one, but that does not mean that the price of gasoline and diesel will fall.

In Pires’ opinion, the accelerated debate to provide answers to society dissatisfied with expensive gasoline ended up harming the original project, which was positive for establishing a single, single-phase rate that would help combat tax evasion. The best way to solve the fuel price problem, he said, is the equalization fund, linked to the policy of helping the needy population to buy cooking gas.

Lira defended the change in the ICMS and that Petrobras’ policy (which defines the value of fuels sold in Brazil based on the dollar and the international price of oil) should not be changed, but criticized its “absurd monopoly” in gas and lack of energy investment policy and considered the sale of the company. “It is a policy that has to be revised because today it is neither public nor private. Wouldn’t it be the case to privatize Petrobras? Wouldn’t it be time to discuss what Petrobras’ role is? Is it just to distribute dividends to shareholders?”, he asked.