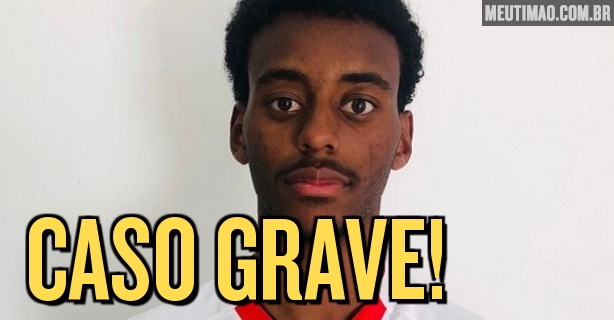 Corinthians used their social networks to express themselves about the case of defender Fellipe, from Atlético-GO. The 18-year-old athlete suffered a cardiopulmonary arrest last Tuesday, while participating in a professional team training, and is in serious condition.

“Corinthians wish Atletico-GO defender Fellipe a quick recovery, after the cardiorespiratory arrest suffered in training last Tuesday. The 18-year-old athlete is still in serious condition, but hemodynamically stable. Our prayers are with you, Fellipe. # ForceFellipe”, posted the Timon.

The case came to light this Wednesday, when doctors from the Goiás club gave some details about the support provided by the defender, now admitted to the Governor Otávio Lage de Siqueira State Emergency Hospital (HUGOL), in Goiânia.

Physician Lucas Ricci performed the first visit in the field of CT do Dragão and then referred the athlete to a smaller medical center. Within minutes, after stabilizing Fellipe’s condition, the doctors referred the patient to HUGOL.

According to Ricci, Fellipe suffered the arrest and convulsed during activity in the field and was revived. Then, on the way to the hospital, he suffered a heart attack again, once again saved by the action of professionals.

According to a report from Atlético-GO, “the athlete is in serious condition, however, hemodynamically stable. Fellipe’s family, who is from São Paulo, arrived in Goiânia this Wednesday morning and is following the evolution of the player’s condition.” Atlético claims to have performed all cardiac and clinical examinations in September 2021.