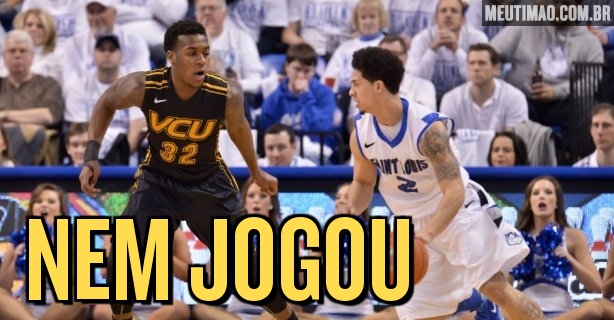 Corinthians informed this Wednesday, through its social networks, that the American wing/point guard, Melvin Johnson, was released without even making his debut by Timão’s basketball team. The reason was the difficulty with the regularization of documents.

“Corinthians informs that Melvin Johnson was released from the Basketball team due to difficulties in obtaining the necessary documentation to formally work in Brazil. It would be the first time that the athlete would play in the country and he did not play for the team,” wrote Corinthians Basketball in its official profile on Twitter – see publication below.

There was an expectation that the athlete would make his debut on the NBB, but a detail last week called our attention: the player did not participate in the media day team’s. The event takes place for teams to take photos and introduce their rosters.

O My Timon reported Corinthians’ interest in the player in August. The athlete had left Argentina’s Peñarol de Mar del Plata to come to Parque São Jorge. In the foreign team, Johnson had good numbers in the 19/20 season: 17.8 points, 2.3 rebounds and 2.9 assists in 29.2 minutes in the 14 games played. The player was considered the ideal replacement for Zoom Fuller, who left Corinthians to play in Mexico – the guard, in fact, no longer defends the Mexican team.

The player had an interesting passage in the NCAA (United States College Basketball League), where he played for the VCU Rams between 2012 and 2016. In the US league, the winger/point guard averaged 11.8 points, 2.1 rebounds and 1.6 assists per game.

Check out the Corinthians publication